Written by Jackson himself and produced alongside Grammy-award winner Quincy Jones, “Billie Jean” tackles the “groupie culture” Michael and his brothers experienced while on tour as the Jackson 5.

The song went on to reach the No.1 spot on the Billboard Hot 100, becoming Jackson’s fastest rising single since “ABC” and “Say You’ll Be There” in 1970.

While the meaning behind the famous story of an obsessed woman stalking the “King of Pop,” calling him out as the father of her son, has floated around since the song’s release, Jackson continually denied the story before his death in 2009. Instead, he says “Billie Jean” is more of a character representing the many groupies he and his brothers were “plagued” with over the years.

In his 1988 autobiography, Moonwalk, Jackson says, “There never was a real Billie Jean. The girl in the song is a composite of people my brothers have been plagued with over the years. I could never understand how these girls could say they were carrying someone’s child when it wasn’t true.”

Jackson’s biographer told a different story in his 1991 book, The Magic and the Madness. In it, he says that Billie Jean was inspired by real letters the singer received in 1981 from a woman claiming he was the father of her twins. Despite no reaction from Jackson, the woman continually sent letters before eventually escalating to sending a gun and a murder threat – talk about a die-hard fan.

But who can stand when she’s in demand
Her schemes and plans
‘Cause we danced on the floor in the round
So take my strong advice, just remember to always think twice

The accompanying video for the song is often credited with breaking the color barrier on MTV. While a clip from reggae band Musical Youth for “Pass The Dutchie” was the first video from a Black act to make waves on the network, they were largely considered a novelty, with no member being older than 16.

After the oh-so-’80s video for “Billie Jean” debuted and was well-received, more Black artists began appearing on the network soon after—most notably Prince.

MTV was widely accused of racism during the era after Rick James’ funky hit “Super Freak” was rejected. With the added barrier of record companies not investing in videos for Black artists, thinking MTV wouldn’t play them, many Black musicians struggled to gain air time.

All of that went out the window with “Billie Jean,” as Jackson paved the way for more Black artists to be featured on the taste-making network.

Watch the full performance below.

While disco was steadily dying, Jackson moved in a new musical direction, opting for a mix of pop, rock, and funk on his sixth studio album, Thriller. He also moved towards darker themes in his music, like the paranoia and obsession motifs in “Billie Jean.”

Thriller was Jackson’s first number one on the U.S. Billboard Top LPs and Tapes chart, where he spent 37 non-consecutive weeks at the top sport.

Along with “Billie Jean,” seven other singles from the album reached the top ten including “The Girl Is Mine,” “Beat It,” “Wanna Be Startin’ Something,” “Human Nature,” “P.Y.T,” and “Thriller.”

After his performance at Motown 25, sales for the album skyrocketed, selling one million copies worldwide per week. By the end of 1983, 32 million copies of Thriller were sold, making it the best-selling album of all time. 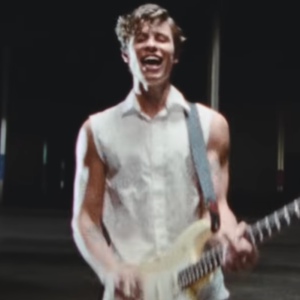