I can’t recall who first outlined for me the distinction between “art of its age” and “art for the ages,” but, over the years, I’ve thought of it often when approaching pop songs as a fan and critic. As a marketable commodity, one which reflects current patterns and trends, popular music tends to evince, sometimes awkwardly, the cultural reference points of the time in which it was created. Of course, every work of art dates to a certain extent; however, art that dates well can move beyond temporal boundaries in a way that speaks to us about our lives in the present. Applied to pop music, it’s the difference between a performance that sounds fresh each time we approach it (“Respect,” for example, or “Like a Rolling Stone”) and one whose charms are more evanescent, rooted in a specific time and place.

“Abraham, Martin and John,” a lovely comeback hit for rocker Dion DiMucci, aka Dion, in late 1968, seems to fall into the latter category. Well-received by critics and listeners at the time (it rose to the No. 4 position on Billboard’s pop chart), it has since come to be regarded generally as mawkish and trite. The true gem of the single, it has been argued by writer Dave Marsh and others, lies on its flip side: the insistent, bluesy “Daddy Rollin’ in Your Arms.” No doubt, “Abraham, Martin and John” betrays its late 1960s sensibility. Written by rock performer Dick Holler in response to the 1968 assassinations of Martin Luther King, Jr. and Robert Kennedy, the song expresses bewilderment through effective but simple lyrics:

Can you tell me where he’s gone?

He freed a lot of people, but it seems the good they die young

I just looked around and he was gone.

“Actually,” Dion wrote in his 1988 memoir, The Wanderer, “if it had been up to me, ‘Abraham, Martin and John’ would have stayed just a young songwriter’s dream.” Then recovering from a long addiction to drugs, and working to get his career back on track, Dion didn’t see the message of the song until his mother-in-law pointed it out to him. Eventually, though, he came to view the socially conscious piece as a reflection of the state of the world and his own troubles: “I realized that what these four guys—Lincoln, King, and the Kennedys—had in common was a dream. It was like they had the courage to believe that a state of love really can exist…‘Abraham, Martin and John’ was a way of reminding people that they could aspire to great things, even in the midst of tragedy and confusion.”

Certainly, some of the sentiment expressed in Holler’s composition is naïve (John F. Kennedy, as we know, was initially slow to respond to the cause of civil rights), but there is also a sweet hopefulness to the recording that transcends its limitations. Set in a plaintive key and framed with subtle orchestral backing that includes violins and harp, it exudes a warmth and sincerity that never fails to move me emotionally. I’m also struck by Dion’s marvelous performance on guitar (check out his work at the song’s fade) and the haunting, almost choir-like purity of his vocals. This is the sound of a man—and an American culture—down, in a spiritual sense, but not out.

Curiously, unlike other protest works from iconic rockers (John Lennon’s “Imagine,” for instance), “Abraham, Martin and John” has not survived to become a ubiquitous element of the pop cultural landscape. Rarely is it heard in television commercials, and even radio seems to have passed it over. I can’t recall when I last heard it on an oldies station, although when I was a teenager, in the 1980s, it was played frequently. Has the public joined forces with the critics, deciding en masse that “Abraham, Martin and John” no longer bears relevance in an Obama world? Is the piece just an example of middling art crafted with good intentions? Perhaps, but I think the song’s biggest obstacle lies in its specificity. Unlike “Imagine,” Dion’s personal statement actually steps forward to name names—a liability, given the ongoing right-wing vilification of the Kennedys and corporate broadcasting’s conservative ties. Ironically, “Abraham, Martin and John,” once dismissed by many as ineffectual, may now be too outspoken for its own good.

But there are moments when a song like “Abraham, Martin and John” can surge into the present, making itself felt in ways that still resonate. After Ted Kennedy’s recent death, a friend in his middle 60s called to tell me he had spent most of the day crying: “It seems as if a whole era is passing with him,” he said. I thought of “Abraham, Martin and John,” of how it evokes a social struggle that, despite progress, remains fundamental to American life, and reflected that maybe Dion and Holler gave us an art for the ages after all. 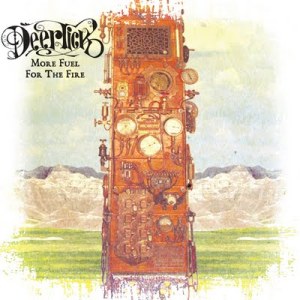 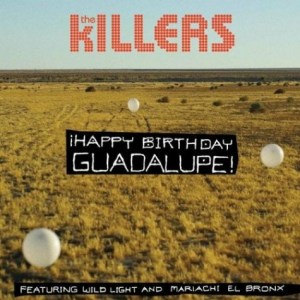