Let’s start off with a few lowballs! What comes first for you – the music or the lyrics?

As a general rule, lyrics show up first. I am constantly jotting things down and speaking into the Notes app on my iPhone. When it feels like the time has come to write a proper song, I take a deep dive into these observations and recollections. Oftentimes, I am surprised by what I find; things in there that I don’t even remember writing down. But that’s my typical process. On a few occasions, a guitar riff or lick surfaces and drives the song forward, but it’s mostly a lyric-driven thing for me.

What do you enjoy most about creating music?

I likened a song being created to a child being born once to an audience; it’s not in the world one minute, and the next, it’s alive and kicking. The world is never exactly the same place afterwards. Of course, songs don’t change the world in exactly the same way as a human being might. But both have that capacity, right? I just like the process of building something from the ground up, whether lyrically or instrumentally.

“Rise Up Again”, your new single, is a rousing anthem about overcoming obstacles. What inspired you to write this particular song? And further, what do you want people to take away from it?

I became suddenly and dangerously ill in August of 2018. As I waited in the hospital for surgery, I had a vivid dream that featured my father and grandfather, both of whom are deceased. The imagery was pretty amazing at the time and the song was born of that incident. My takeaway from the dream was that they had both come to let me know it was going to be okay and that it was not my time to join them just yet.

I sent a demo of the song to my collaborator John Oates and he helped me tighten up the lyrics and arrangement. Funny you should use the word “anthem”; that’s what it feels like to me every time I sing it and I’ve had listeners say the same thing. It’s an important song to me.

The song is part of an upcoming concept album based on a novel written by your grandfather –  How did the novel influence this particular track?

The book is called Of What Was, Nothing is Left. My grandfather published it in 1972 and then he died the following year. “Rise Up Again” sort of found its way into the book project by way of the dream I described earlier. While the incident that inspired the song wasn’t in the book, per se, the fact that my father and grandfather both appeared in the dream made it seem like an obvious song to include. The book contains a lot of tragedy and sadness, but there is some light in the very last chapter that speaks to the promise that’s still out there for all of us.

The accompanying music video for the single is beautifully shot. What was the process like in creating it?

Jason Denton of Solar Cabin Productions shot and directed this video and several others I’ve done. He’s a super-smart Nashville guy with loads of ideas and the expertise to match his vision. He’s also a musician and has a real sensitivity to the song and the performance. We work well together!

We shot this video (and one for the title cut) in and around Cedaredge, Colorado in about four hours. My home and music store are located there, and a local family offered their scenic ranch property for the shoot. It was a perfect old barn built in 1910. Grand Mesa is featured in the last scene. It’s the largest flat top mountain in the world.

Can you tell us about the photos featured in the video?

The photos are of family members on my father’s side of the family. My grandfather who wrote the book is there and his parents as well. My grandmother is featured, as are my dad and uncle as children. I’d never seen some of these photos until my mother sent them along. That was Jason’s idea and I love the way it personalizes the video.

You have an amazing lineup of collaborators on your upcoming record – John Oates, Jim Lauderdale, Wood Newton, etc. Tell us about your relationship with these incredible artists and what the co-writing process was like on the record?

John and I have done some playing and writing together since 2011 and he produced my EP “The Head And Heart” in 2017. So, it was natural that I would go to him with this project idea. The others, Shelley Rae Korntved, Dana Cooper, Irene Kelley, Wood Newton and Doug and Telisha Williams of Wild Ponies all seemed really interested when I approached them with the idea. I sent them each a copy of the book and they universally wanted to be involved. Jim Lauderdale came along at John’s suggestion as they had written together quite a bit.

I asked them all to read the book and see what inspired them; a place, a name, a situation or just an overall impression of the people and places in the book. For instance, Irene was drawn to the notion of a mother’s grief in the story. Doug and Telisha were influenced by a similar theme and infused their contribution with some very current events. Oates loved the name of the town Jubilee and used that as a jumping off point. Wood and I focused on some pretty bad behavior by a couple of the characters in the book and built a narrative around that. In short, the idea wasn’t to retell the story so much as it was to paint a cinematic portrait of the times, people and places portrayed in the book.

I see that John Oates produced this record, along with co-production by David Kalmusky and yourself. Can you speak to how the project evolved during production?

As I mentioned earlier, John and I had done some together work before. I knew he’d bring a sensibility to the book project that would fit my overall vision. He has a way of directing a session and moving the process along that just feels right. He’s not heavy-handed at all. The song is at the center of the conversation at all times. He is very keen to pick the right players for the session and he knows how to get the best vocal performance out of me. He’s a gifted producer, guitarist and songwriter. And a great guy! David Kalmusky is a gifted musician and engineer with a great ear. This is my third record with him and it won’t be my last!

Can you tell us a little bit about what to expect from the rest of the songs on the record?

The songs are all related to the people and places in the book, but they have other themes interwoven in them as well. Of What Was Nothing Is Left portrays people as very much human and flawed by their nature. We all attempted to tell their stories with empathy and depth. I learned a lot about my grandfather and about human nature as I immersed myself in the project.

Do you have any words of wisdom or advice for aspiring or newly professional songwriters?

I write a little every day; not always full songs or even coherent verses. Use your phone or notepad or whatever works for you. I think it’s really important to exercise the writing muscle every day. Jot things down. Read books. Our new project is a great example of using an old book to find themes and ideas. Watch people and listen to their expressions. All the songs haven’t been written. I’ll never forget a conversation I had years ago with Dan Fogelberg. He simply said that I should write every day, no matter what. Simple advice, but good advice!

The CD, LP and reprint of the book will be out in February of 2020. I look forward to touring it no only in concert settings but in independent bookstores and libraries as well. I think it opens up a whole new set of opportunities to the story.  We are all very excited to see where it goes! 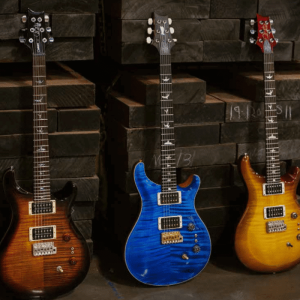 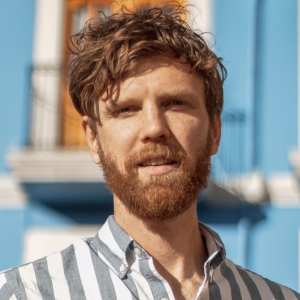