Just a few years ago, Grammy Award-winning singer, songwriter and producer, Kameron Corvet, wasn’t anywhere near the stages or studios he frequents now—back then, he was busy teaching French.

“I kinda just always thought by the time I graduated college, I would have a record deal or something,” Corvet tells American Songwriter. “I really wasn’t under the impression that I was going to have to get a job… so, when that didn’t happen and the real world came in, I started getting jobs. I had a couple corporate America jobs, but then a buddy of mine was like, ‘Man, you have a BA in French, right? You should try teaching.’ I was like, ‘Yeah, okay, cool.’ Teaching became an opportunity for me to do my thing because I had a schedule that was set. I could go to work and be out of there by 3:30 p.m., which meant I could do gigs during the week. Then, I had weekends and summers free too with lots of vacation time and holidays. So, it became a good support system for me—a silent investor, really, because I used what I made as a teacher to fund my musical activities.”

As nice as the job was, it still wasn’t his dream. With unwavering passion, love and devotion to music-making in his heart, Corvet knew that he had to stay committed to his dream in order to make it a reality. He kept writing, performing and sharing his music any way he could, any time he could. Eventually, one summer day, he found himself sitting on the floor of his home, just strumming his acoustic.

“I just started coming up with chords,” he said. “For the first time as a songwriter, I just tried to write whatever came to mind, which was kinda weird. When you learn about the methodology of songwriting—melodic and rhythmic composition and all of that—you get in the habit of plugging and chugging words-in. Eventually, I realized that coming up with stuff off the top of my head was a better option for me, especially if I already had a concept or a title in mind.”

So, that day, Corvet was trying to adhere to this new style of writing—as inspiration came, he didn’t question it or argue with it, he just wrote it down. “Man, I came up with the chords right away,” he said. “The phrase ‘Don’t make me wait’ came to mind and then, the melody just came to me. I immediately jumped up, went over to the computer and started meticulously recording it—it came together that way.”

With that line as its anchor, Corvet eventually named his new number “Don’t Make Me Wait,” and for as exciting as it was to write, finishing the tune that day was just the beginning of its story.

See, shortly after recording that original demo of “Don’t Make Me Wait,” Corvet casually showed it to a producer who was an old friend of his. The friend loved the tune and ended up fleshing out the demo a bit more, adding percussion and other finishing touches. Then, the friend showed it to another songwriter he had been working with recently, who loved the song and added a little bit of his own.

This was all great—Corvet appreciated the additional contributions and felt like the song was shaping up to be pretty good. But then, things kicked into high gear when the songwriter who added his own little bit showed the tune to one of his collaborators: Shaggy.

“Shaggy heard the song and loved it,” Corvet said. “He decided to start working on it and recorded a little bit, but then it sat there.”

“Don’t Make Me Wait” remained untouched for a little while, but this was no sweat to Corvet—with the song in Shaggy’s hands, he was already on cloud nine and wasn’t in too much of a hurry (even if he was still teaching French five days a week). Then, one day while he was on the treadmill, he got a call—there was finally an update on the song, but it entailed good news and bad news.

The bad news? Corvet wasn’t going to get to sing the chorus hook on Shaggy’s cut of the track anymore as they had planned, which was a bit of a bummer. But, any disappointment he felt immediately melted away when he got the good news: Sting was going to sing it instead.

“I was floored,” Corvet said. “It was so surreal to me. I went through a huge The Police phase and I admire Sting so much… I just never would’ve imagined that I would get to hear him sing one of my songs.”

So, how did Sting end up singing one of Corvet’s songs? Well, it all goes back to how the track ended up with Shaggy in the first place: talk.

“Shaggy was in Los Angeles recording a feature for someone else,” Corvet explained. “He was recording with Sting’s manager, Martin Kierszenbaum—during a studio break, Martin was asking him what he had been working on recently. Shaggy played Martin some songs, including an incomplete version of ‘Don’t Make Me Wait.’ Martin, being the mastermind he is, was like ‘Man, Sting would be perfect for this.’ He sent the song to Sting—45 minutes later, Sting drove to the studio, walked through the door and said ‘Song’s a hit, let’s record it.’ That was the beginning of the process that would eventually become 44/876, their collaborative album.”

Once Sting was on the track, then the whole operation was launched onto an even bigger, more surreal level. The 44/876 record proved to be a seminal moment for both Shaggy and Sting, garnering widespread praise and racking up millions of streams. Just months removed from greeting his class every morning with “Bonjour,” Corvet found himself winning a Grammy for Best Reggae Album, where Sting and Shaggy performed the song as a part of a Sting medley.

Then, even more opportunities popped up—Shaggy and Sting sang the song for the Queen of England at her birthday party, they performed it at the Super Bowl, at the pregame of the Stanley Cup Finals and on almost every TV show featuring musical guests you can think of. Through it all, Corvet was taking notes on how the artists’ teams operated, saving the knowledge to use when his own time to release music came around.

Then, in 2020, Corvet’s time did come around. “The song had really taken off—I mean, it went No. 1 in all these different countries, and they’re performing it everywhere. I was just like ‘Wow,’ you know? But a friend of mine was talking and he mentioned I should try covering the song, which I thought was a cool idea. At that point, the question became ‘Okay, do I want to do it like they did it? Or do I interpret it in my own way?’”

Ultimately, Corvet went his own path—rearranging the song in a more intimate setting. His version of it, which dropped in the fall of last year, allows its tenderhearted message to rise to the surface.

“The pandemic gave me a whole lot of time to think about some things—I felt like it was really appropriate to pay homage to a song that had done so much for me,” he said. “My version is a completely different thing. It still captures the essence of the song, but I feel like it complements it very well. It brings everything full-circle.”

Looking back, Corvet can still hardly wrap his head around the serendipitous chain of events that made some of his wildest dreams come true.

“The whole journey’s been enlightening,” he said, concluding. “For that song to resonate so strongly with Sting—a person who’s already done so much in his career—that he got up and drove to the studio immediately… that was the first feather in my cap. But, beyond that, to see the way everyone else rallied behind the song really amazed me. It was all just an awesome, awesome, awesome experience.”

Kameron Corvet is a judge for the 2021 American Songwriter Song Contest—to learn more about the prizes, the judges and more, click HERE.

Corvet’s song “Don’t Make Me Wait” was recorded by Shaggy and Sting for their collaborative album, 44/876. Watch the music video for Corvet’s version of the song below: 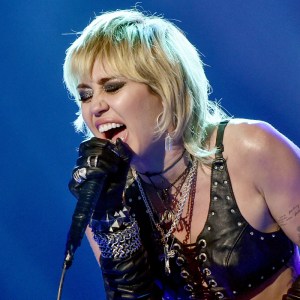 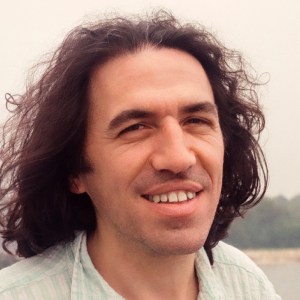