Grand Junction, CO-based Diane scored 1st place for the March/April 2021 American Songwriter Lyric Contest for her song “Angels.” We caught up with Diane to get some details on the lyric’s inspiration and her musical inspirations these days.

What was the inspiration for “Angels”?

The backdrop feeling was sadness about a relationship. The imagery was inspired by a movie, The Diving-Bell and the Butterfly. It tells the true story of a fashion industry magnate who, in a car accident, lost all ability to move except for blinking his left eye.  A speech therapist (beautiful of course) helped him learn to communicate and he was eventually able to blink out a whole book about his life before and after the accident. On the drive home from the theater I thought how he was surrounded by beautiful women in past and present life but couldn’t really engage with them—and how it was something like me having this great “friend” with whom a relationship would only go so far.

I wrote my first songs about 20 years ago when I was learning to play blues harmonica, and just beginning to play music with others at blues jams.

Yes. It’s a simple shuffly blues progression that starts on the IV, something like “Midnight Special.” I play it with 7th chords.

Most songs have taken me days of work…hashing out rhymes and thoughts, mostly settling for less than perfect.  This song took literally fifteen minutes while I drove home from the theater.  I walked into the house and typed it out.  It came so easily I almost didn’t feel like I wrote it.

I’ve never tried co-writing, but I think I would enjoy it.  I’ve had some good ideas since I wrote “Angels”, but just can’t get started on them.  It’s like I know I have words that good in me, and nothing else meets the standard.  A co-writer might help draw out my ideas.

I’ve been playing with an all-ladies group, Underwire String Band. They’re great friends who are inspiring me to up my musical game.  We will be doing “Angels”, and I would love to add some more of my own songs to the mix.

Are there any songwriters, artists or events that have especially inspired you lately?

I know this gloomy, but I’m at the age where it’s getting more frequent to hear of friends passing on.  I recently learned that an old boyfriend—hadn’t seen him in decades—had committed suicide. He had tried to contact me not long before his death, but had the wrong email.  Though I probably would never have seen him again, I still felt an acute pain of loss and finality.  The song is exploring this sense of finality, and how aging is a series of finalities and adaptations to loss: lost friends, abilities, chances….

Ha!  I just haven’t been.  You’d think between Covid and retirement, I would have all kinds of time.  But I tend to spend it practicing my vocals and instruments—now including guitar!—trying to do justice to other songwriters’ works.  I have told friends what I have learned in workshops:  that they need to do some writing every day, even if it’s ten minutes.  Do I do that myself? Noooo…but now I think the validation I feel from this contest will motivate me to start. I really think that’s what makes one able to write the great song when it comes along.

The really great songs bend and slide on some string in your heart. Sting’s “Fields of Gold” makes me cry every single time I hear or sing it. Great songs have personal imagery and stories but universal heartache—or joy or anger. Every song I love has left very clear pictures in my mind. “On the banks of the river, where the willows hang down…”  For me, the perfect song also lends itself to great harmonies.

There’s so many:  Andrew Marlin of Mandolin Orange, Kasey Chambers, Rodney Crowell, Utah Phillips… My favorite writers are the ones whose songs I hear or get in my head and can’t rest until I’ve sat down and learned to sing them.  Usually they have a little “dark turn of mind”: Gillian Welch, Leonard Cohen, Lucinda Williams.  So many great writers. 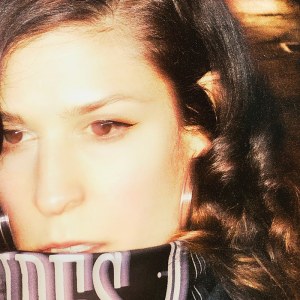 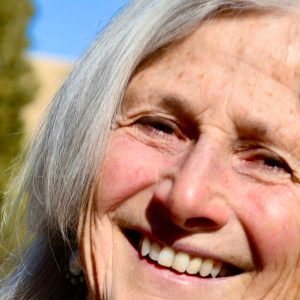