There’s a great deal about the famed band, Counting Crows, that remains iconic since their 1993 debut LP release, August And Everything After. And perhaps at the top of that list is the band’s first commercial single, “Mr. Jones.” To say the track was everywhere in the mid-‘90s would be an understatement. Radio stations from rock to top 40 played the cut seemingly every hour, or more often.

“Mr. Jones,” and its ubiquitous music video, then kicked off a series of hits from Counting Crows, including “A Long December,” “Omaha,” “Rain King” and “Mrs. Potter’s Lullaby.” But even to this day, maybe no song is as memorable or as important to the Bay Area-born group. With frontman, Adam Duritz, singing with his emotional, vulnerable, jostling voice as he sported his trademark floppy hair, the band rose to immense fame.

Counting Crows, which has a new EP out this summer called, Butter Miracle Suite One, remains an important group both for those who grew up with the band in the ‘90s and for new fans. American Songwriter caught up with Duritz to talk to him about the single that set everything off—“Mr. Jones”—and how it changed his life.

American Songwriter: Did you write the chord structure for “Mr. Jones,” or where did you first hear that A-minor, F-major, D-minor, G-major?

AS: Preparing for this interview, I’ve been strumming that chord structure and it’s a very fun one to play.

AD: I honestly haven’t played it myself in—I would have no idea what those chords are. A lot of times I write stuff and I teach it to the band and I never play it again. I hear guitar in my head—I write on piano, but I write for guitar a lot of the time. So, it’s never meant to be played the way I originally played it. I’m always trying to get it off the piano and onto a guitar. Not every song—“A Long December”—is meant for piano. But “Mr. Jones” was a prime example of one that was always supposed to be on guitar. So, as soon as I could get it off of my piano and onto some one else’s playing, I never played it again.

AS: How about the lyrics, how did the story come together? And how did you decide on the performance of them in the vocal booth?

AD: I know how I wrote the song. Marty, who was our bass player in my band, Marty Jones, his father was one of the few Americans who have ever had a successful career as a Flamenco guitar player in Spain. He plays as David Serva in Madrid. And he had come back to America to visit for a few months and he was doing some shows with his old Flamenco troupe. So, we went over to San Francisco to the Mission and we went to the show. Then afterwards, we were out drinking with the Flamenco troupe. We ended up in a bar at one point late that night and in the corner of the bar, was Chris Isaak’s drummer, Kenny Dale Johnson. At that point, Chris Isaak’s band was the hottest rockabilly band in the city. They were the shit hot rockabilly band. And he was sitting in the corner with three girls. I remember just talking about it with Marty, saying, ‘Man, we have got to get our shit together and become rock stars.’ We couldn’t even talk to girls. I remember I went home that night and I wrote the song. I don’t really remember much about writing it except that I wrote it in the middle of the night pretty drunk, I think. I couldn’t get anyone to play it for a while because I wasn’t really in Counting Crows then. We had a version of Counting Crows that played in some bars. But my other band, Himalayans, I wasn’t writing much music for them. I was writing mostly lyrics for Himalayans. I remember bringing in “Omaha” and “Mr. Jones” and we just couldn’t get the feel of them together. Even when we finally taught it in Counting Crows for the band, it was hard for people to get either of those songs. They didn’t really come together until we were in the studio recording the record. People didn’t seem to grasp the grooves. Bands had a lot of trouble playing both those songs. But we worked it out in the studio. As far as the vocal takes, though, I don’t really remember. I was just singing.

AS: You didn’t get discouraged by those songs being difficult at first?

AD: Well, I think I was trying—I really loved being in Himalayans and singing backgrounds right then because I didn’t want to be a bandleader for a little bit. I got turned off from being a bandleader from my first couple of experiences and I was just enjoying playing music in those bands. So, I was still writing some songs completely by myself, but I kind of didn’t really want to get back to a band that was focused on my vision. So, Counting Crows was sort of my third choice band, because I just didn’t want to be in charge for a little while. And I think that was one of the reasons I didn’t totally care all that much when we couldn’t seem to get those songs worked out with the band, because I wasn’t really looking to take over and be following my vision in the band.

AS: Did you ever meet Bob Dylan, as the song’s lyrics alludes to, aspirationally?

AD: Not really. I was around him a few times, we opened for him and I saw him. But I don’t always rush to meet my idols because I don’t know what the fuck to say to them. And I don’t want to stand in front of them like an idiot and I’ve done that with some of my idols. [I] stood in front of them like a fucking idiot who couldn’t think of anything to say. So, I’m not always rushing to do that.

AS: Yes, it can be hard to speak to world famous people sometimes, Adam! (laughs)

AD: I mean, I’ve known Bruce Springsteen since I was making my first record. He’s the nicest guy in the world. I used to drive my godson to school and [Bruce’s] son went to the same school and I knew him because I’d played with him at the Rock and Roll Hall of Fame and he was great. This was before I’d even released a record, so I’ve known him for that long. But I am terrified to be around him, because I cannot form sentences. It’s a problem, you know? That’s 30 years of knowing the guy and him being the fucking nicest guy ever. So, I wasn’t rushing to talk to Bob Dylan, who is famous for being difficult to talk to because I know how much trouble I have with Bruce, who is, quite honestly, quite easy to talk to and a nice guy. I don’t know. I have my idols and I admire them to the ends of the earth, but I’m not always trying to talk.

AS: Do you have a favorite aspect of “Mr. Jones,” a favorite time you performed it, favorite thing it showed you or brought you?

AD: Well, I think it’s really hard to write things that stick in people’s heads. I mean, lyrics are one thing, you have your life and so your lyrics can be based on things. But melodies, hooks, grooves, you have to pull them out of thin air. Whenever you write something that really sticks— I mean, you think about someone like Paul McCartney, who, however he did it, has probably 50 songs where, if someone named the song, you or I could hum it to them. You know what I mean? That’s an incredible thing to have done. So, I like “Mr. Jones” for that. I don’t think it’s my best song, or anything. Or my most perfect. I think the best thing I ever wrote was “Palisades Park” and I think the most perfect song is probably, “A Long December,” it’s just flawless, to me.

“Mr. Jones,” it’s hooky and it sticks in people’s heads and has for almost thirty years now, which is pretty rare. I know there are songs that have affected me like that, so I’m pretty proud of it. Also, I think, lyrically it’s pretty brilliant that way because I never lived any of the stuff that the song is about. But I got it right. It’s about having dreams about wanting to be a rock star and how great and joyous it is to dream about playing music to be a rock star, but it’s also very much about how it’s not going to be what you think it is. It’s not going to make everything better. It’s not going to fix every problem in your life. The guy keeps saying, When everybody loves me, I’ll never be lonely, and you’re supposed to know he’s wrong. He’s a fool. And I got that right, too. I was writing about myself in the future, getting something wrong and I knew I would get it wrong and I knew it would be that and I just was sure of it. It’s also a song with a lot of levels. It’s not just about ‘I want to be a rock star,’ it’s about everything that goes into dreaming about things, it’s about what makes up people who are artists and its about how getting all that stuff doesn’t fix your whole life. Your dreams coming true can be an uncomfortable thing. And that song’s about a lot of different texture and shades of life, all while being just a really hooky pop song! So, I mean, as a thing to create, I’m really proud of it, it’s a great song.

AS: Yeah, I was thinking about all that when listening to it again, how the song portends a life, how it almost predicts your own life. Do you think about that soothsaying aspect of “Mr. Jones”?

AD: Yeah, I mean I think I hit that nail right on the head, quite honestly. It’s surprising to get something as completely right as I did with that song, but I’m kind of amazed sometimes about that song because it’s completely true and I hadn’t experienced any of it when I wrote it. It was a few years away at that point. I probably wrote that song in ’90-‘91 and the record didn’t even come out until the end of ’93 and none of that stuff really happened until mid-’94, so I was a long way from that shit coming true when I wrote a song about dreams that absolutely predicts the future. So, that’s pretty cool. 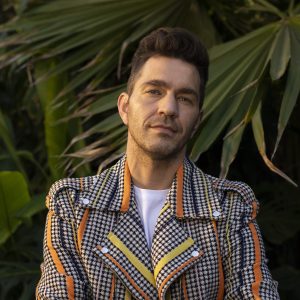 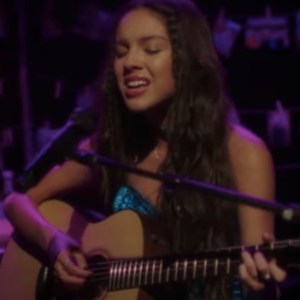