Arguably the funkiest Beatles song, it is undeniably the only one about candy.

Do a deep dive into the best songs about candy, and suddenly ten titles arrive, yet for some reason, the best by far is excluded—The Beatles, “Savoy Truffle.” A few of the other candy songs are memorable, but none are worthy, really, to touch the hem of this classic by George Harrison and his first band, The Beatles.

After all, almost all of the other candy songs are not really about candy itself, but are using candy as a metaphor for something else altogether. This something else, according to our most current research, is always sex. Even the most innocent of these uses secret codes aimed dually towards older teens focussed full-time on sex, and the younger kids who just love candy.

Even “Sugar Sugar,” written by Jeff Barry & Ellie Greenwich for The Archies, divulges its secret heart in the first verse: You are my candy, girl, and you got me wanting you…

But “Savoy Truffle” from The White Album is not based on a metaphor, nor any kind of sneaky indirection. It’s about candy, and also the repercussion of such over-indulgence: bad teeth.

But those are only the songs’ lyrical charms. Musically, it’s one of the funkiest of all Beatles songs, surpassing, perhaps, even Lennon’s “Come Together” and “Hey Bulldog,” both of which are fairly funkadelic.

“Savoy” is much more Sly Stone than skiffle, with its infectiously propulsive groove and Stevie Wonder-esque ascending major chords. Also, a cool little horn section distinguishes this track, personally funkified sonically by George (as detailed herein), punctuating the rhythm like the Dap-Kings behind Amy Winehouse.

As songwriters come to know, it’s in the most specific details that we find the universal. For this song, that specificity centered on a chocolate addiction belonging to George’s pal, fellow guitar hero (and also second husband to George’s first wife), Eric Clapton.

Songwriters discover songs, often, in odd places. Lennon found the arcane language of “For The Benefit of Mr. Kite” on an antique circus poster; Simon found “Mother & Child Reunion” on a menu in a Chinese restaurant, McCartney discovered “Eleanor Rigby” in a graveyard.

And George Harrison discovered “Savoy Truffle” in a box of chocolates.

After creating “Within You Without You,” his spiritual epic from Sgt. Pepper, George was overwhelmed by the reaction to it. Beatles fans around the world offered up thousands of interpretations of its meaning, which George felt was already self-evident. That his message was so easily and immediately distorted troubled him, so he decided for the next album—The White Album—he would write some songs which were less heavy, and wouldn’t lead to so much confusion.

So, he wrote “Savoy Truffle,” the first and only Beatles song about candy and the need to stop over-indulging in it, so as to save one’s teeth. In his 1980 autobiography, I Me Mine, George related the origins of “Savoy Truffle,” explaining that it was inspired by Eric Clapton’s candy habits.

In his autobiography, I Me Mine, George wrote:

“‘Savoy Truffle’ is a funny one written whist hanging out with Eric Clapton in the ‘60s. At that time he had a lot of cavities in his teeth and needed dental work. He always had a toothache but he ate a lot of chocolates—he couldn’t resist them, and once he saw a box he had to eat them all. He was over at my house, and I had a box of Good News chocolates on the table and wrote the song from the names inside the lid. I got stuck with the two bridges for a while and Derek Taylor wrote some of the words in the middle —You know that what you eat you are.

“[Eric Clapton] got this real sweet tooth and he had just had his mouth worked on. His dentist said he was through with candy. So, as a tribute, I wrote ‘You’ll have to have them all pulled out, after the Savoy Truffle.’ The truffle was some kind of sweet, just like all the rest, ‘crème tangerine,’ ‘ginger sling,’ just candy, to tease Eric.”

This explained a line which was compelling yet unclear for years: You’ll have to have them all pulled out, referring to Clapton’s teeth. Yet, the music for it is so exultantly chromatic, ascending on major chords like a great gospel song, and powered by a horn section, that it was surprising to discover that the mystery at the heart of this song was candy.

The track was recorded in October of 1968 at Trident Studios with three Beatles only. John doesn’t play on it at all. Paul is on bass, Ringo on drums, and George on rhythm guitar, adding an acoustic rhythm guitar while singing his lead vocal.

A horn section was added, which was arranged by Chris Thomas. Its sound greatly distorted in the mix at George’s direction behest. In Mark Lewisohn’s tremendous book The Beatles Recording Sessions,” he remembers:

“The session men were playing really well—there’s nothing like a good brass section letting rip—and it sounded fantastic. But having got this really nice sound, George (Harrison) turned to (engineer) Ken Scott and said, ‘Right, I want to distort it.’  So I had to plug-up two high-gain amplifiers which overloaded and deliberately introduced a lot of distortion, completely tearing the sound to pieces and making it dirty.

“The musicians came up to the control room to listen to a playback and George said to them, ‘Before you listen, I’ve got to apologize for what I’ve done to your beautiful sound. Please forgive me, but it’s the way I want it!’

“I don’t think they particularly enjoyed hearing their magnificent sound screwed up quite so much but they realized that this was what George wanted, and that it was their job to provide it.”

Ringo would have played the percussion, but was on Peter Seller’s boat in Sardinia, where he began “Octopus’s Garden.”

There are few covers of “Savoy Truffle,” but the standout is a cover by Ella Fitzgerald. Can’t ask for much more than that. Released in 1969, it was on her album, I’ll Never Fall In Love Again.

Creme tangerine and montelimar
A ginger sling with a pineapple heart
A coffee dessert, yes you know it’s good news
But you’ll have to have them all pulled out
After the Savoy truffle

Cool cherry cream, a nice apple tart
I feel your taste all the time we’re apart
Coconut fudge, really blows down those blues
But you’ll have to have them all pulled out
After the Savoy truffle

You might not feel it now
But when the pain cuts through
You’re going to know, and how
The sweat is going to fill your head
When it becomes too much
You shout aloud

You know that what you eat you are,
But what is sweet now, turns so sour
We all know Obla-Di-Bla-Da
But can you show me, where you are? 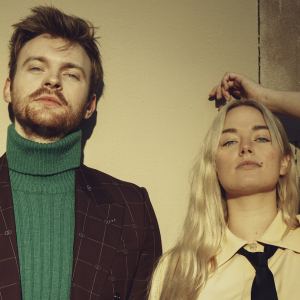 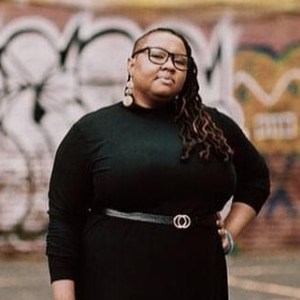