The Oscar nominees are in, and Reba McEntire, Billie Eilish, Van Morrison, Beyoncé, and the Disney film Encanto—which picked up three nominations total—are all in the running for the Academy Award for Best Original Song.

The animated film shares 2022 Best Original Song noms with Billie Eilish and Finneas for “No Time to Die,” Van Morrison for the Belfast track “Down to Joy,” Reba McEntire’s “Somehow You Do,” and Beyoncé for “Be Alive” from King Richard.

To celebrate the five nominees for Best Original Song, we’re sharing a brief “Behind the Song” on each:

Written by Lin-Manuel Miranda and sung by Sebastían Yatra, the main song for Encanto beat out one of the breakout hits from the film soundtrack, “We Don’t Talk About Bruno,” which marked the first No. 1 original hit for Disney in 30 years since the Tim Rice-penned Aladdin hit “A Whole New World” in 1993. Produced by Mike Elizondo and recorded by various singers with 27 score pieces composed by Germaine Franco, when writing the eight original songs for the soundtrack, Miranda visited Columbia, where the story is set, for more inspiration.

Gracing the opening credits to the final James Bond installment starring Daniel Craig, “No Time to Die” embodies the film and its title. Written by Eilish and brother Finneas, the song already picked up a Grammy for Best Song Written for Visual Media. Originally not a fan of the Eilish- and Finneas-penned song for his final opus as 007, Craig slowly warmed up to the track, which features former Smiths guitarist Johnny Marr. At first, Eilish and Finneas had immense writer’s block but broke down the story they wanted to tell for the Bond film, writing and recording the entire song in a tour bus in Texas. “We didn’t want to just make a song that only made sense with the movie,” said Eilish. “We wanted to make a song that made sense in the world and in people’s lives. And the lyrics in that song have really struck a chord with me at certain points in my life since we wrote it. It’s interesting how that happens.”

The heartbreaking track off the soundtrack to the 2021 drama Four Good Days, follows the story of a mother, played by Glenn Close helping her daughter (Mila Kunis) work through four days of recovery from substance abuse. To capture the essence of the story, McEntire called on Diane Warren to write the perfect lyrics, “It’s an honor to get to sing a Diane Warren song anytime,” said McEntire in a statement around the release, “but then to be associated with talented actors in a movie like Glenn and Mila is just icing on the cake.” Warren added, “‘Somehow You Do’ is a song about hope, about how even through the times that are so hard and moments in your life that are so devastating, that somehow you will get through them and get to the other side. It is a song about strength of the human spirit and no voice can convey that as much as Reba McEntire. She makes you feel with every note that you might think you can’t get through it, but somehow you will, and somehow you do.”

Written and performed by Van Morrison for Belfast

Belfast-born artist Van Morrison didn’t hesitate to write the theme song for Kenneth Branagh’s semi-autobiographical drama Belfast. Starring Jamie Dornan, Caitriona Balfe, Judi Dench, Ciarán Hinds, and Jude Hill the film is described as a “personal and joyful story,” set in the Northern Ireland city in the 1960s, and the troubles of that era in the region. Branagh said that Morrison had “feel” for the city of Belfast, which was reflected in the score he wrote for the film. “He has said in the past that the great fallacy about him is that he is grumpy,” said Branagh of Morrison. “I did not find him grumpy. We met a few times and he read the screenplay and was very interested about it. He seems to recognize much in it.”

Written and performed by Beyoncé, co-written with Dixson for King Richard

Singing It feels so good to be alive / Got all my family by my side / Couldn’t wipe this black off if I tried / That’s why I lift my head with pride, Beyoncé captures the story of the struggles and rise of Venus and Serena Williams in the film King Richard, a biopic about the father of the famed tennis phenoms, in the ballad “Be Alive.” Starring Will Smith, the film, directed by Reinaldo Marcus Green follows the story of the sisters earliest days practicing and their undeterred and protective father. The song, written by Beyoncé and Dixson, plays during the film’s end credits along with archival footage of the real Williams family. 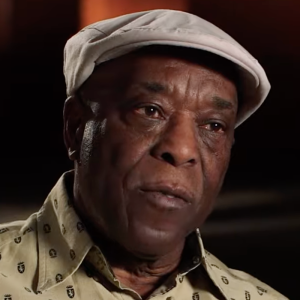 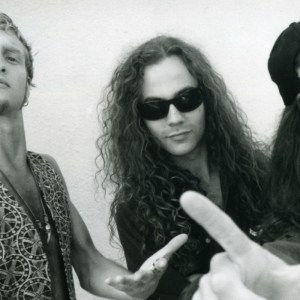