English soul singer Amy Winehouse was just 27 years old when she died of alcohol poisoning in her London home in 2011.

Before her very public battle with substance abuse, the British crooner borrowed the smooth soul of the ’60s and added her own modern twist, creating a distinct style that has inspired a long list of fellow pop acts.

Her love of soul and jazz resonated with fans around the globe, resulting in smash hits like “Valerie,” Back to Black,” and “Rehab” which also pointed to her bout with drugs and alcohol.

Ultimately, she lost her battle with addiction, resulting in her death eleven years ago on July 23, 2011. Read below for insights into her final days and her lasting legacy.

Given its blatant references to Winehouse being urged to seek help, “Rehab” made it very clear that the young singer was struggling amid her rise to fame. As the spotlight on her grew brighter, so did her reliance on drugs. To make matters worse, the paparazzi documented her every move, making her a staple in the gossip rags and entertainment outlets.

By the time she had become an international star, Winehouse has begun to dabble in hard drugs like heroin and cocaine. Near the end, she was often too drunk to get on stage, having to be held up during performances.

In the Academy Award-winning documentary Amy, it was revealed that her own father famously hesitated to send her to rehab when she needed it most. But he didn’t bear the blame alone for long, as more and more people in Winehouse’s circle began to share responsibility for the young singer’s downfall. In an effort to save her life, Winehouse canceled what was supposed to be a comeback tour a mere month before she died.

As her star began to rise, Winehouse began feeling uneasy about her ever-growing audience. To deal with the spotlight, she reportedly spent much of her time at local pubs in the Camden area. It was there where she met her future husband, Blake Fielder-Civil.

Instantly falling for one another, the couple got married in 2007. Though it seemed like love at first sight, many of her close friends felt uneasy about the relationship.

“Amy changed overnight after she met Blake,” her first manager Nick Godwyn recalled. “She just sounded completely different. Her personality became more distant. And it seemed to me like that was down to the drugs. When I met her she smoked weed but she thought the people who took class-A drugs were stupid. She used to laugh at them.”

Their marriage remained a tumultuous one, including a string of assault and drug possessions charges. The couple continued to dominate the newsstands. With Winehouse being the household name, she bared the brunt of the criticism.

Fielder-Civil later admitted that he introduced Winehouse to hard drugs but she began to lose control after her second album Back to Black shot her into international fame in 2006. The landmark album explored substance abuse as well as her rocky marriage. It was a sonic effort that would go on to win five of the six Grammys she was nominated for.

However, she wasn’t able to attend the ceremony in person though due to legal troubles that stopped her from obtaining a U.S. visa. In her remote speech, the London-born artist thanked her husband who was currently in jail for assaulting a bar owner and attempting to bribe him not to press charges.

Just one month before her death, she kicked off what was supposed to be her comeback tour. The run began with a disastrous performance in Serbia, where Winehouse was seen to not remember the words to her songs or even what city she was in. Before long the audience began booing the artist before she was forced off the stage.

The heartbreaking scene was the last show Winehouse ever played.

Winehouse called her physician, Christina Romete, for the last time a night before she died. Romete recalls the singer being “calm and somewhat guilty” and that she mentioned she “did not want to die.” During the call, Winehouse revealed that she had attempted sobriety on July 3 but had relapsed just weeks later on July 20.

That night, Winehouse and her bodyguard Andrew Morris stayed awake until 2 a.m. watching videos of her early performances. Morris remembered that the singer was “laughing” and in good spirits during her final hours. It was around 3 p.m. on July 23, 2011, that Morris realized something was off about her.

“It was still quiet, which seemed strange,” he recalled. “She was in the same position as in the morning. I checked her pulse but I couldn’t find one.”

Her cause of death was ultimately ruled alcohol poisoning, the coroner later revealed her blood-alcohol level was .416 – more than five times the legal limit for driving in England.

Commenting on the second wave of female vocalists that followed Winehouse’s influence, Spin Magazine editor called her success “the Nirvana moment for all of these women.”

He continued: “They can all be traced back to her in terms of attitude, musical styles, or fashion.”

Countless artists have covered her melancholy “Back to Black,” including notable renditions from Miley Cyrus, Måneskin, and Madison Beer. 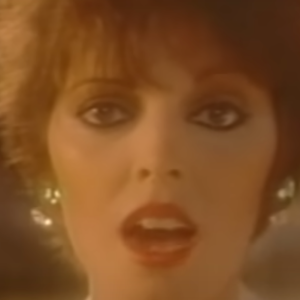