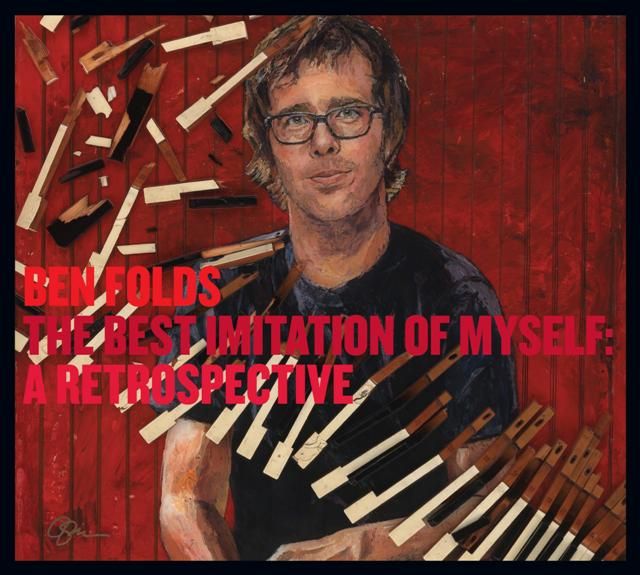 Ben Folds
The Best Imitation of Myself: A Retrospective
(Sony Legacy)
[Rating: 4 stars]

Ben Folds has said this collection was an honest attempt to make sense of his career, from Ben Folds Five up to his most recent collaborations with Nick Hornby, Neil Gaiman, and Amanda Palmer. Not so much, he said, a greatest hits collection – there haven’t been many of those, anyway. For longtime fans, the three-disc version of Best Imitation of Myself may be a revelation, showing where Folds came from and where he is now.

The single disc version will be fine for most casual fans, containing the one legitimate hit, “Brick,” and some of the more popular songs in his canon, including “Underground” and “One Angry Dwarf and 200 Solemn Faces” from Ben Folds Five, “Landed” and “Rockin’ the Suburbs” from his solo discs, and “You Don’t Know Me,” a duet with Regina Spektor, and “From Above” from the Lonely Avenue disc with Nick Hornby. It covers all of the bases, and even includes a gorgeous live rendering of “Smoke” with the West Australian Symphony Orchestra and “House,” a new Ben Folds Five song.

But where everything starts to make more sense is on the expanded three-disc set, with the “Live” and “Rarities” discs. Folds’ liner notes alone are worth the price, with detailed notes on each track. He notes that “The Luckiest” was written for Amy Heckerling’s movie Loser, and was never autobiographical. The song never made the movie, and fans assumed it was written for Folds’ wife. “The marriage did not last,” Folds writes, “and people thought it was a shame that ‘The Luckiest’ couple didn’t make it.” But even without the liner notes, there are plenty of storylines on this collection.

When Ben Folds Five was released in 1995, it was welcomed almost with a sense of relief. They lampooned the alternative scene at its height with “Underground.” Hard not to be hooked from that first line, “I was never cool in school/I’m sure you don’t remember me.” The “punk rock for sissies” concept was a potent one, with Folds’ piano pyrotechnics in the lead, supported by Robert Sledge’s fuzzed-out bass and Darren Jessee’s virtuosic, energetic drumming. Even the band’s name suggested they didn’t take themselves too seriously – a trio that called themselves “Five.”

Listening to Folds’ early demos and tracks from the version of the first album the band originally recorded and then scrapped, a lot of credit has to go to producer Caleb Southern for shaping that “punk rock for sissies” sound. Southern was brought in to re-record the album from the ground up and in a short time frame, which led to the somewhat sloppier, infinitely more glorious sound that made it to store bins.

Compare that to Folds demo of “Best Imitation of Myself,” which is much more ornate and features a bridge with big, disco-era strings on the bridge. The version of “Julianne” from the original recording, toe-tapping as it may be, is light, laid-back funk, worlds apart from the energy of the live version on disc two. Something about Southern and Ben Folds Five brought out a rougher edge in Folds, which is a considerable amount of that first album’s charm and the reason why it spoke to people.

Folds’ talents for writing heartbreaking ballads, however, has been intact since the beginning. “Evaporated,” taken here from the original scrapped first album, sounds almost identical to the version that would appear on the second album, Whatever and Ever Amen. Similarly, Folds’ 1992 demo of “Boxing” has the same basic framework as what finally ended up on record, with a few added bits of background vocal arrangements.

There is a lot on the expanded set that fans may not have heard. Even some of the more familiar songs here are previously unreleased or rare versions (an alternate mix of “Time” and “Landed” with strings). Jessee is responsible for a couple of the gems – “Amelia Bright” from sessions with Mitch Easter in 2000 and a newly recorded Ben Folds Five take on “Stumblin’ Home Winter Blues.” Jessee recorded both with his band, Hotel Lights, a band BFF fans should seek out. “Because the Origami,” from the 8in8 sessions with Gaiman, Palmer, and Damian Kulash is a twisted and hilarious little tale.

Oddball or unexpected covers are also a Folds tradition, and they are represented on the “Rarities” disc with Dr. Dre’s “Bitches Ain’t Shit,” The Postal Service’s “Such Great Heights,” Steely Dan’s “Barrytown,” and a fun, filthy version of Ke$ha’s “Sleazy.” On the live disc, you get a duet of Wham’s “Careless Whisper” between Folds and Rufus Wainwright, who threatens to overwhelm the track vocally even though, as Folds notes, he was nowhere near the mic.

The casual fan might listen to the expanded collection and here a few things they love, a couple of things that amuse them, and find out a couple of things they didn’t know. They die-hard fans will get a history. And if you want to be even more overwhelmed, Folds is offering the “Ben Folds Fifty-Five Vault” on his Web site, with 55 additional tracks spanning the same time frame, a collection that probably has its own story tell. 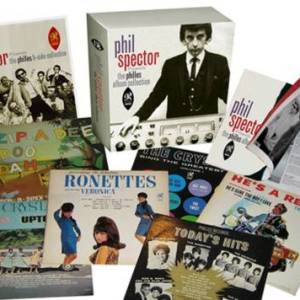