Beth Hart’s second live release of 2018, and fourth overall, is a far different affair than her first. Where Front And Center (Live From New York) found the West Coast based blues/jazz/rock singer-songwriter playing in an intimate setting at NYC’s cozy Iridium Club, this one expands her reach significantly by documenting 2018’s sold out gig at the titular 5,000-plus seat London venue. Most impressive though is how Hart, rather than bolstering her presentation to match the storied building, creates a warm, receptive atmosphere as she blows through 20 songs in a dynamic, emotionally laced two-hour set.

Despite between song chatter that exposes her sensitive side, any singer who opens a show by walking from the back of the hall to the stage, singing a cappela while high-fiving fans exudes a confidence that seems unshakeable. Whether rocking out with her tight three piece backing unit on the psychedelic blues of “Baby Shot Me Down,” taking the crowd to church on a cover of the Laverne Baker hit “Saved” or laying out with just her own piano for a quartet of contemplative ballads, Beth Hart approaches her material with hurricane force. There’s never a moment when she seems either detached or unconnected with the material, audience or her killer band.

She gets reflective too, laying out the highs and (especially) lows of her career and life in down-to-earth banter where she memorializes her deceased sister and praises her mom, longtime manager, and especially her husband, even breaking down in tears at one point. But it’s Hart’s voice, one that goes from a tender jazz whisper on the chilling “Leave The Light On” to full-on Joplin-esque howl on the astounding nine-minute closer “Caught Out In The Rain,” that’s most striking. Hart, who has recorded three albums with blues guitar slinger Joe Bonamassa, gets down and slinky on a riveting version of Melody Gardot’s “Your Heart Is As Black As Night” and goes jazz with the night club noir “Baddest Blues,” her tribute to Billie Holiday.

It’s a superb, sometimes wincingly introspective, performance that shifts moods from brazen and strutting to stripped down and touchingly personal. Even if there are a few too many ballads clustered together towards the end of the show, Hart’s vocal prowess, powerful stage presence and sense of live dynamics will convince any music lover she’s as passionate a performer playing in this expansive, multi-leveled classy setting as in any tiny club.

The concert is available as either a double CD or Blu-ray DVD, with the latter recommended because the viewer gets an enhanced sense of Hart’s commanding personality. Either way, this long time coming career highlight is a magnificent way for newcomers to experience Beth Hart’s extraordinary talents. 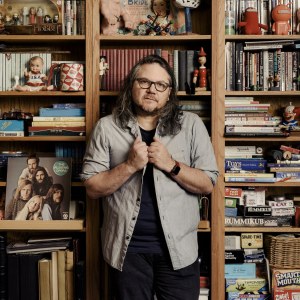 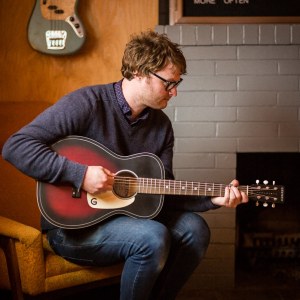