Releasing a live performance as only your second album would be an unusual move for most bands. But Gizmodrome is no ordinary group.

Comprised of prominent, critically acclaimed musicians in the form of one time King Crimson/David Bowie/Talking Heads/Zappa veteran guitarist/singer Adrian Belew, ex-Police drummer (and here, singer too) Stewart Copeland along with Level 42 bassist/vocalist Mark King and Vittorio Cosma on keyboards, this supergroup of sorts arrives with an established pedigree and diverse catalog of songs to sample from.

The outfit’s self-titled 2017 debut, with Copeland taking the majority of vocals, didn’t make much of an impression. Naysayers criticized the drummer’s singing, especially when Belew and King are far more skilled and logical choices for that position. Since all but one of the tracks on the studio set is reprised here, that doesn’t change as the quartet brings their tunes to the stage. Copeland’s voice can best be described as “adequate” for material that runs from quirky to a high-intensity twisted jazz/rock hybrid similar to Belew’s early solo albums.

This live presentation allows the participants to dig into some of their previous work. As the show unwinds we get sizzling versions of classics and obscurities originally by King Crimson (“Elephant Talk,” “Thela Hun Gingeet”), The Police (“Darkness,” “Bombs Away,” “Miss Gradienko,” “Does Everyone Stare”), Belew solo (“Young Lions”) and Stewart Copeland’s biggest hit “Don’t Box Me In,” performed with the vitality that playing live generally brings.

The 90-minute, 21-track double-disc is compiled from concerts in a variety of cities, so these cherry-picked performances are likely the best these songs sounded. The quartet explodes into their frazzled fusion sounding similar to Primus and Les Claypool’s similarly frantic work with plenty of Zappa mixed in, especially in the time changes, clever, non-sequitur lyrics, and aloof vocal delivery. There is also some of the Police’s funk/reggae in tunes like “Man on the Mountain.”

As the guitarist and de facto frontman, Belew gets abundant room to display his distinctive fret melting sound and wonderfully warped licks. Copeland’s caffeinated and elaborate drumming is also on parade, as are his vocal singing stream of consciousness lyrics, both of which are less impressive. Bassist King is all over his instrument, holding down the rubbery and idiosyncratic bottom but keyboardist Cosma seems to be almost forgotten in the furious and often excessively busy musical fray.

A little of this goes a long way and at an hour and a half, the sound gets repetitious and even tiring. The aforementioned covers help balance that but reiterating the majority of the band’s lone release in versions that don’t differ substantially from those recorded four years ago, with hardly any new material to introduce, indicates that Gizmodrome’s songwriting skills lag far behind the eye-bugging instrumental virtuosity on display here. 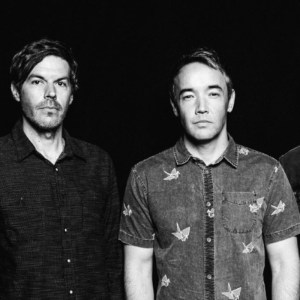 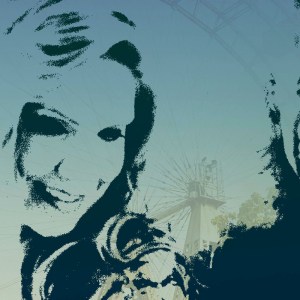