As a native New Yorker who first became involved in the music scene in the mid ‘80s, veteran singer/guitarist/songwriter Holly Ramos knows a thing or two about being a survivor – but as she shows with “Better Now,” the upbeat new single by her power pop garage band OSO My Brain (released on October 16 on Velvet Elk Records), it’s possible to be optimistic as well as resilient.

Calling from Los Angeles, where she’s lived for 18 years, Ramos explains how the idea of overcoming obstacles inspired her to write this song: “I thought of my grandmother who had various cancers that she had survived. She had come to America alone from Ireland on a boat at 14 [years old]. She was tough. She had had open heart surgery, so she had this big scar across her heart.” That triggered Ramos to think of her own situation: “I had two different accidents where I have a scar on both eyes. So I started thinking about scars.”

From there, Ramos says, “I used the metaphor of an external cut or wound or hurt that got better. [“Better Now”] was about how my life is so much better now than in the past due to conscious choices to move in certain directions.”

This combination of grit and positivity shines through on the single, and Ramos says that was deliberate: “I have a poppy sensibility with an edge. That’s some of my favorite kind of music.” As for her seemingly effortless ability to write this kind of catchy but thought-provoking song, she says, “It just came from inside. I know that I have a little bit of a gift.”

Ramos first discovered this talent when she was a teenager. Although she grew up in Inwood, the northernmost neighborhood in Manhattan, she was drawn to the edgy downtown hardcore scene. “The great thing about the hardcore scene was, it was super DIY and anyone could get onstage and do it,” she says. “I think that’s where I learned, ‘Ah, this is my place.’”

At that time, she met Jesse Malin, who was a year younger than her but was already fronting a successful hardcore band, Heart Attack. She ended up co-writing with him for that band’s third album, 1984’s Subliminal Seduction Method. It was a revelation for Ramos. “I was like, ‘Wow, I can write a song that can get produced that people can perform and that people can like. It was pretty great.”

Malin, calling from his Manhattan apartment, remembers exactly why he wanted to start writing songs with Ramos: “I knew she was smart,” he says. “Everything she does seems to sound fresh to me. She has a great understanding of lyrics and aesthetics and street poetry – social conscious but with a sense of humor, and a lot of heart and compassion for people.”

Ramos went on to front her own punk band, Fur, who released their self-titled debut album in 1995. A Flipside Magazine review of the band’s work read, “The fact that Fur is not bigger than God herself is a rock tragedy.”

After Fur, Ramos married, became a mother, and moved to Los Angeles. She and Malin drifted apart, but several years later, they re-entered each other’s orbits. “He called me,” Ramos says of their reinstated friendship. “I’m not even sure why he asked me to write with him at that time. Maybe he heard some of my solo stuff, or we have similar sensibilities.”

Ramos and Malin co-wrote the song “Cigarettes and Violets” for his 2003 debut solo album, The Fine Art of Self Destruction. “He gave me a melody and I wrote all kinds of lyrics and I brought it back. He was like, ‘Wow, there’s some great stuff in here.’ He took the parts that he could sing, and took out the parts that were more me than him.” Ramos also recalls that he also selectively chose to use some of the melodic suggestions she made. “He kept some of the writing changes I did – not all of them.”

Looking back at that experience, Ramos says, “I think that was a great lesson. It was really clear to me: I was like, ‘Oh, I get it. I’ll make a suggestion musically and you might like it, you might not.’” From this, Ramos says she learned how to make “a pretty quick assessment of somebody’s boundaries.” Since then, Ramos has co-written at least one song on almost every one of Malin’s eight solo albums. For his 2019 album Sunset Kids, she co-wrote two tracks: “Chemical Heart” and “Gray Skies Look So Blue.”

“When I’m working with them on their songs, I’m writing what they want,” Ramos says about co-writing with others. “And when I’m writing for myself, I’m writing what I would sing. There are songs that I’ve written with other people where I just wouldn’t sing that. Not in a judgment way of good or bad; it just isn’t a resonating concept.

“If I’m writing for or with somebody else, I’ll be like, ‘What do you want the song to be about, what is your idea here? What direction did you want to go in? What are you trying to convey?’” Ramos continues. “I’m just bringing thoughts to their vision. Often when I’m writing with someone else, I’m very aware of where our sensibilities are different.”

With OSO My Brain, Ramos is also collaborating on songwriting, this time with her bandmate, bassist Norwood Cheek. She says this involves its own unique working style, though: “Me and Norwood write together, but often one person brings the song,” she says. “I’m still writing all my lyrics and he’s writing all of his, and then we arrange together, or I might add some thoughts or a melody or a bridge. But it’s not full collaboration like [it is] with Jesse where I’m writing a lyric, he’s writing a lyric.”

Ramos is just as skilled when she’s writing on her own. In 2006, she released her debut solo album, Racehorse, in which she displays an Americana-influenced style that’s quite a far cry from her punk days in Fur (but just as catchy).

Regardless of the context in which Ramos is writing, she always makes a point of staying authentic. “I write about what’s real and what’s in front of me and who I am at the time,” she says. As a result, “My releases are so radically different. Like, my band Fur, it’s all just sex and anger, basically!” She laughs. “Time passed, and then I released [Racehorse], which was about grief and love. Such a different place, for good reasons: there was this big bridge between the two, this whole journey, [I’m a ] completely different person.”

When she writes, Ramos says she asks herself, “Now where am I sitting and what am I saying? Which brings me to this [OSO My Brain release] right now. This record, I’m really comfortable where I am and who I am, so it’s from a much more easeful place.”

OSO My Brain (short for Other Side of My Brain) came about in an unlikely way: a few years ago, Ramos was asked to perform some cover songs at a Halloween party for her daughter’s school – but she initially resisted. “I hadn’t played in a while. I don’t think I touched the guitar in years,” she says.

However, after Ramos realized that she would be the only woman to be performing with the group, she relented and agreed to appear in order to set an example. “I realized that I absolutely had a responsibility to show up as a mom and play, to my daughter and to all the kids: ‘I’ve been called to represent.’” Still, she admits, “I was doing it out of responsibility, almost wanting to back out, dreading it a little bit. I didn’t feel like playing that much.”

To make things easier on herself, Ramos asked one of the other parents to perform with her. That was Norwood Cheek, whom she knew from their previous mutual involvement in the music scene. He agreed, and they performed several cover songs.

That performance went well, but as Ramos admits with a laugh, it was an exhausting experience: “After the show, I was like, ‘Oh my God, I will never do this again!’ It’s so much work and then there’s all this feeling and excitement and adrenaline and fear – and then there’s no place for it to go. I literally had to go home and take a nap!”

But Cheek had other ideas. “He texted me and says, ‘We’re definitely making a band.’ He was like, ‘You have this gift that you might want to use.’” After thinking it over, Ramos agreed to give it a shot, and OSO My Brain was born. “So it was a slow evolution that turned into joy, but there was a lot of inertia at the beginning,” she says.

Now, Ramos is fully on board with OSO My Brain and thoroughly enjoys being actively involved with a band again. “We’re a team. We elevate each other. It’s just a cool thing to do,” she says. Besides Cheek, the band also includes drummer David Avery. Pre-pandemic, they were routinely playing gigs, and Ramos expects that they will resume doing so as soon as COVID-19 restrictions are lifted.

In the meantime, “Better Now” is out, and Ramos says that three more songs are set for release in the coming months. After that, all four tracks will be compiled onto an as-yet-untitled EP, which she expects will be released next year.

And Ramos fully expects that she’ll have many more songs to offer the world after that. “It’s going to come,” she says of songwriting. “The songs pick themselves. A song wants to get birthed. Then you’re like, ‘Okay, we’ve got to go into the studio, it’s time!’” She laughs, then adds, “It has a life of its own outside of me.” 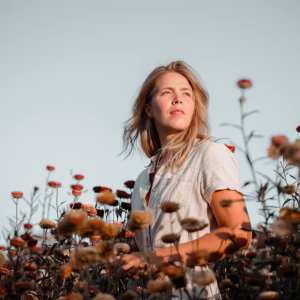 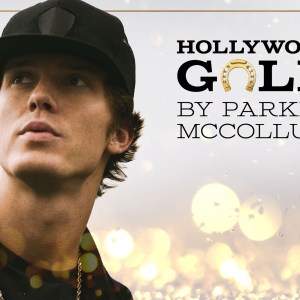