Claire Rosinkranz has been creating music for half her life. Being that the California-born singer is only 16, she’s had a grounding in the arts that has given her an enviable springboard. Growing up, Rosinkranz’ dad enlisted her help in coming up with the songs he was writing for TV shows and commercials. So when she decided to release her debut EP, BeVerly Hills BoYfRiEnd, in June this year, she returned the favor, calling on Rosinkranz Senior to turn the songs she’d written in her journal into tracks others could sing and dance to.

“I always write the entire song by myself and then go into the studio and give him my ideas,” Rosinkranz tells American Songwriter. “He’ll do his best to create what’s in my head and then we’ll bounce our opinions back and forth off of each other. We are also always coming up with more ideas throughout the producing process.” It’s a process that helped her create “Backyard Boy,” the TikTok breakout track that earned Rosinkranz many new fans this year.

“Backyard Boy,” was the final song she wrote for the EP, which was all written, recorded and produced with her dad at their home studio. Rosinkranz’s four-song EP gave her something to channel her energy into during this year’s pandemic. “I didn’t really think about what it would be like releasing music in the midst of a pandemic but I was already planning on dropping music and super eager to establish myself as an artist that summer prior to Covid,” she says. “Even though it sucks, I was lucky to have the privilege of taking that time to work on the songs in the studio with my dad.”

Her brand of self-described “alternative blues-pop” is inspired by the early influences she grew up hearing, like The Beatles and Jack Johnson, as well as the artists who she currently admires from BENEE to Still Woozy. Rosinkranz says she went back through some of her journals where she writes a lot of her music and picked some of her favorites to put onto her EP.

Her songs may be all about boys and “Tough Guy[s]s,” but she has no qualms about working on these tracks with her dad. “Honestly, it’s super chill,” she chuckles. “He was once saying how our generation knows what this generation wants and therefore he leaves whatever I want to say up to me. Working with my dad is really nice because we can be super transparent and he is always able to capture the vision I have for my songs.”

On the back of the success of “Backyard Boy,” which found a home among fans with its feel-good nature, Rosinkranz has released a batch of remixes, featuring the likes of Jeremy Zucker and ROLE MODEL. “I thought it would be fun to revisit the rest of the songs in the EP after “Backyard Boy” got the most attention. I was going through some feature ideas with my team and once we decided on the artists that would fit the vibe, they each laid what they wrote down on the track for their song.”

She released her music independently before signing with slowplay/Republic Records this year — the discipline she cultivated as a ballet dancer helping her along the way. “I think it’s just always important to know what you want and to keep writing about whatever you want. Having a team is a blessing and super helpful but my writing and dedication to music is how I got that team in the first place. So I just gotta keep doin’ what I was doing from the beginning,” she says.

2020 may have been a banner year for Rosinkranz, but it’s a culmination of the work she’s put into her craft. Over the past few years, she’s honed in on songwriting and learned how to play the ukelele, the piano and electric guitar. But her family continues to provide a nurturing background for her to explore her music, in more ways than one. After all, the title track, BeVerly Hills BoYfRiEnd, features lyrics that draw on her grandmother’s life as an Icelandic opera singer who toured Europe but also had a love interest in Los Angeles. And when Rosinkranz shot the music video for “Backyard Boy,” she once roped in her uncle to direct it, with her cousin as the first AD and close family friends starring in it alongside her. 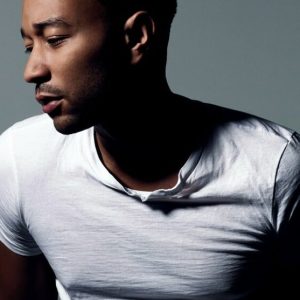 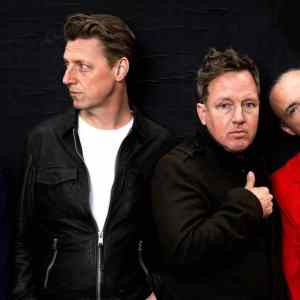