Since forming in the wake of the Women’s March in 2017, the Resistance Revival Chorus has been a source of joy and comfort over the last 4 years, through all of the turmoil of the previous administration. Even with a new president in tow, the chorus continues to sing, because to quote one of their most popular numbers to perform, “Ella’s Song”—“We who believe in freedom cannot rest until it comes.”

Late last year, the Resistance Revival Chorus, which is made up of over 60 women and non-binary musicians, film and television actors, Broadway performers, solo recording artists, gospel singers, political activists, educators and filmmakers, released its debut album, This Joy. The plan had been to release it in the spring and then tour on the back of it in summer, using their voices to help rally around a Democratic win at the presidential elections. “But like most artists, we had to pause and strategize for an unplanned reality,” says Treya Lam, one of the chorus’ members.

The pandemic halted their in-person rehearsals and performances, but because they’d recorded the album in 2019, they were still able to release it and find other ways to support voter engagement. Their album release party took place in October last year at McCarren Park, which had become the site of a community-led event in support of the Movement for Black Lives.

“A few members went down to DC to perform at the first National Covid Memorial and also sang at a phone-banking event organized by the Women’s March,” says Lam. Leading up to the election, the chorus participated at Joy to the Polls, an initiative organized to bring uplifting performances to long voting lines in places like Philadelphia, for the general election, and Georgia, for the Senate runoffs.

In between, the chorus also joined Fleet Foxes for their performance on The Late Show and their Solstice Livestream concert. “Before participating in these events, we’d test and quarantine beforehand and remain masked and distanced while together,” says Lam. As best as they could, the RRC took each opportunity as a chance to spread the messages contained within their voices and songs on This Joy.

“The record is composed of our repertoire built from the musical traditions of Black led Civil Rights and social justice movements, including “Ella’s Song” by Dr. Bernice Johnson Reagon, original songs from chorus members and songs from special guests Rhiannon Giddens, Valerie June and Deva Mahal,” says Lam, who joined the group after sharing a song at one of the group’s Resistance Revival Nights a few years ago.

A full-time musician, Lam wrote the track “Dawn” for This Joy. The album was recorded at Brooklyn’s Electric Garden Studio, and bringing everyone together for the sessions required much coordination and commitment. “[Our manager] Ginny Suss drove the train and somehow managed the logistics around all the moving parts to make this happen,” says Lam. “[Producer] Tiffany Gouché and our Musical Director Abena Koomson-Davis made the creative decisions that brought so many different styles of songwriting and genres into a cohesive and complete record.”

Temporarily cocooned off from the news headlines of the world outside, the RRC created their own energy inside the studio. “People took off work, found child care, traveled from near and far to add their voices on this record,” says Lam. “It took so much effort to get us all in the room together but once we started recording, all the outside noise vanished and we were able to be fully present individually and collectively. We poured our hearts into it. We sang a liberated world we wish to live in into existence.”

Lam composed “Dawn” as a love song for America, after they had a long bout of writer’s block that began after their mother, grandmother and a close friend passed away. “It was written out of love for a country that must come to terms with our rotten roots in order to fulfill the ideals of becoming a beacon of light as a multiracial democracy,” they adds. “In order for us to break these cycles, we must acknowledge our wounds to heal.”

They used references to those elements of the country’s history that continue to afflict society today. “The suffering inflicted on Indigenous and Black communities; destruction of our environment; gun violence; separation of immigrant families and the rise of White Christian Nationalism in a country founded on religious freedom,” Lam says.

“It was written the night before the 2018 midterm elections and felt just as timely when it was released in 2020,” adds Lam. “I suspect this song will continue to feel relevant in the years ahead but would love nothing more than for it to be obsolete, a relic of a time where we were on the cusp of transforming into a more equitable and just nation for all.”

Through the song, Lam is encouraging anyone who has ever felt less than to embrace themselves and to shine their light. “Don’t get lost in despair. Take up space. Become your highest self so that you can best serve the collective,” Lam shares. “The Resistance Revival Chorus often cites a line by Toi Derricotte that states ‘Joy is an act of resistance.’ That line changed my life. As a queer, neurodivergent, transnational Asian American adoptee, learning to love myself was an act of resistance.”

For the artists and activists of the chorus, the resistance and the work continues— with a recent boost from Salt-N-Pepa’s IFundWomen Grant. “I hope that our music and our platform continues to lift up those who are organizing and building a more equitable and just future,” says Lam. “The decisions we make in the face of the unknown can be really powerful. This is neither the time for complacency or cynicism but for creativity and action. On an individual level as well as a group, I hope that we can operate with the integrity of the world we wish to see. I hope this work inspires others to do the same.” 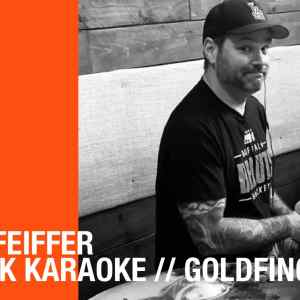 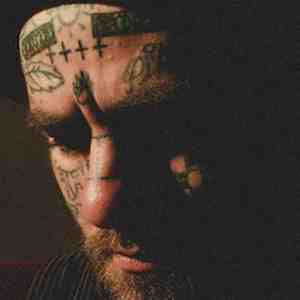