As chief songwriter of the band Travis, Fran Healy has been churning out anthemic rockers and soulful ballads for nearly a quarter-century. Back in the 90s, the band injected a Scottish perspective into the Britpop conversation, before settling into a groove of consistent excellence. Just this past year, they hit another new height with 10 Songs, a stunning collection of Healy’s bittersweet ruminations played with typical sensitivity and gusto by the four-man band (also including Andy Dunlop, Dougie Payne and Neil Primrose), which, amazingly, hasn’t undergone a lineup change during their recording career.

Back when 10 Songs we released in October, American Songwriter talked to Healy about the record and his commitment to capturing the urgency and fire of Travis’ early work. Along the way, he digressed into a unique perspective on the creative process (or uncreative process, to be more accurate to Healy’s belief) and how inspiration transforms into a song. That in turn tied into how he felt that this latest Travis record benefitted from a more deliberate songwriting pace, something that aspiring songwriters should consider as they work on their own material. Take a look:

“It’s funny what sort of thoughts come up to me and tap me on the shoulder when I’m doing it. And one of the things that did this time is that songwriting isn’t very creative. It’s not a creative process. There’s an aspect of it that’s creative, but the majority of it is very pedestrian. And I believe anyone can do it, and we sort of mystified it too much to make people think that they can’t do it.”

“The pedestrian part, which I think fills up about 95 percent of the job, is akin to sitting in a boat in the middle of a lake with a little fishing rod, waiting for something to bite. You’ve got to go out in the lake, obviously. You’ve got to sit at a piano or pick up a guitar and diddle, play around with it. But that’s not very creative. It’s just prodding around in the darkness.”

“And then eventually you find something. And generally, it’s a piece of shit and you throw it back into the ocean. But then one day you find this tiny little thing, this little bit and you say, ‘Oh, this is good.’ And at that point, it gets creative. Then you’ve got the thing and you can make it into a song or a hook or whatever you want to make it into. It’s like putty. There is universal putty that can be made into anything.”

“This is something I felt a lot of this time around because the writing process was so long, four years. Like there are a couple of songs that are even four years old on this album, or the melody or the little thing is four years old. That part of it, when I look at it now, it still stands up. It’s the same thing. It’s like it’s given it time to breathe. Because a lot of the time you’re rushing, you know? The record company are like, ‘Right now, we need a record out.’ You don’t get time to live with the songs.” 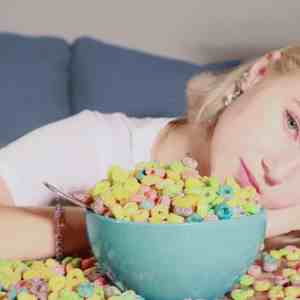 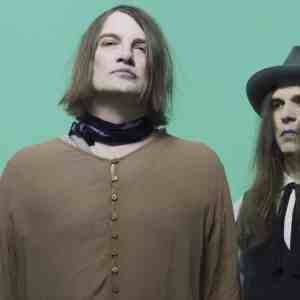