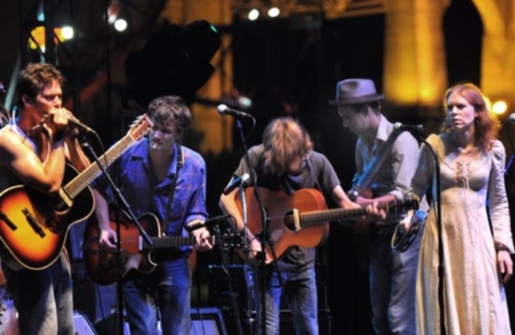 Wearing an ancient gown, Welch looked like a vision in white at Riverfront Park. Midway through the song, the Gen. Jackson Showboat rolled down the Cumberland River, looking like some ancient city adrift, all lit up behind the massive stage.

It was a cinematic moment that encapsulated the throwback feel of the evening. Featuring Old Crow Medicine Show and the Dave Rawlings Machine, the Big Surprise show recalled an old-time jamboree, with the cast of musicians constantly popping up during each group’s respective sets.

Nashville homeboy Justin Townes Earle kicked off the evening, playing tunes from his two solo albums, including “Midnight at the Movies,” a Kerouac-inspired portrait of loneliness.

Donning a pink button-down shirt and checkered bow tie, Earle looked like a cross between Pee Wee Herman and Jimmie Rodgers. (Sobriety does wonders for the wardrobe.) His country-boy banter between songs seemed to befit his retro sound.

“Jump into the water if you need saving,” Earle told the crowd. “That water will test your faith. I promise you.”

Up next were the Felice Brothers, the neo-folk rowdies from upstate New York. The band got the crowd moving when they broke into “Frankie’s Gun!,” one of their many tunes about artillery.

Dave Rawlings and Gillian Welch followed, playing Dylan’s “Queen Jane Approximately,” as well as tunes from their forthcoming album. Ketch Secor of Old Crow joined the duo for “I Hear Them All,” an apocalyptic Old Crow song that Secor co-wrote with Rawlings. The two weaved “This Land is Your Land” into the number, throwing in the pro-Marxist verse about the “No Trespassing” sign that is so often omitted from schoolbooks.

Old Crow rounded out the show in the form of a backwoods revival. An ensemble rendition of “Wagon Wheel,” the Americana anthem that Secor created out of a discarded Dylan lyric, capped the night. The spirit of the night seemed to constantly hearken back to a young Dylan, who, when recording the Basement Tapes, imagined an alternate past for rock and roll.

Old Crow released their first live concert DVD, Live at the Orange Peel and Tennessee Theatre, on Aug. 18 (see clip below). Sign up here for a chance to win a free copy of the DVD through American SongSpace. 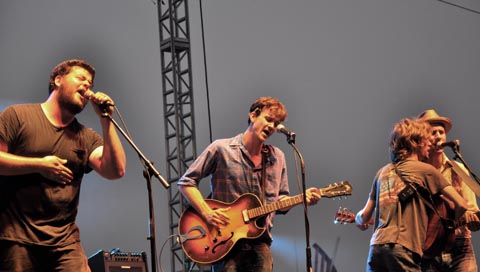 The Felice Brothers, in arms. 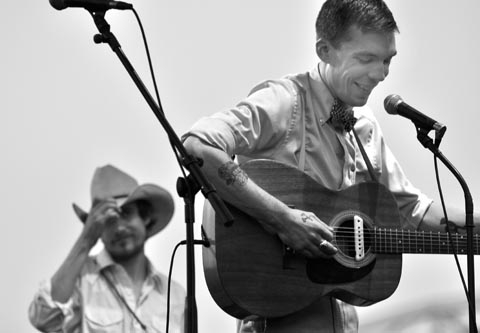 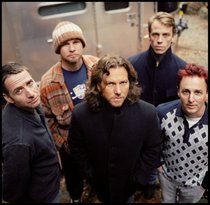 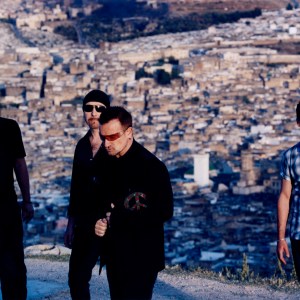