Something wicked this way comes─and it takes the form of BIIANCO’s latest song “that’s what friends are for.” A chilling takedown of toxic relationships, the self-written and produced track throbs from its core with fatal venom, and its mastermind (formerly one-half of indie-pop duo Smoke Season) lets the world burn to the ground around her. Screw your ex / He’s a bitch and so are all his friends, hisses Gabby Bianco, also framing around fragile masculinity.

“It really came together in such a musical stream of consciousness way. It might start as unsettling, but by the end, there’s this cathartic, I-don’t-give-a-fuck-anymore release through the beats and the synth lines,” Bianco tells American Songwriter. “That was really the musical writing mirroring the emotional sentiment. I was writing about being so sick of people mistreating each other in relationships—and very commonly men mistreating women—that by the end of that song there was an emotional moment where I just felt myself releasing all of the pressure of trying to heal from these shitty relationships, letting go of the need to please men, letting go of the anger that comes from being mistreated, letting go of the frustration that has built up over years of listening to my friends tell me these stories.”

In the accompanying visual, directed by Scott Fleishman, alongside cinematographer Daria Rountree, Bianco assembles a stylish and equally-grisly storyline in which her friends, one by one, are attacked by their exes, who have now transformed into flesh-eating zombies. In effect, the singer-songwriter depicts what it’s like to show up for yourself, so she can show up for others. As much strength as there is on display, it’s a life-long, truth-seeking expedition to stay rooted to identity and self-worth. “I do think this is something that you have to remind yourself to do every day. You don’t just do it once, and then you’ve achieved it,” she reflects. “It shapeshifts, and you need to continue choosing to nurture yourself in whatever shape that looks like in that moment.”

Dazzling, vintage-filtered moments sit in stark contrast to the video’s more brutal moments, pulling together such artistic touch points as It Follows, along with obvious nods to The Walking Dead. “Scott and Daria are both so incredibly meticulous and visually sophisticated with all their creative choices that I knew the project was in good hands from the onset. We found ourselves naturally operating with a soft 1980s horror genre inspired palette.” As a tease to what’s to come, Bianco calls to other modern classics like The Witch, Hereditary, and Midsommar for visual aesthetics ─ but that’s all she’ll say for now.

Bianco also puts viewers to the test with a Choose Your Own Adventure companion piece, an online video game that gives fans the opportunity to decide their own fate. “I wanted to put the outcome of the plot in the hands of the audience,” she says. Having grown up an avid Goosebumps fan, she is well-versed on the brand’s own Choose Your Own Adventure books that were wildly popular in the ‘90s. “Those [books] were some of my earliest experiences and memories with horror, and the horror genre plays such a pure role in my visual inspirations,” she says, referencing her absolute favorite, Escape from HorrorLand.

“I even had the PC computer game that was not only terrifying for a kid to play but I also played nonstop for years when I was young,” she quickly adds. “I actually tried to go back and find it online but, alas, could not. It was a badass game and even had Jeff Goldblum in it.”

Filmed over two days, the video game complies enough footage for eight separate music videos. “I’m someone who gets bored fairly easily, so I wanted to challenge myself and my team to do something completely novel and boundary-pushing, and this was definitely that. We’re so insanely proud of everything we’ve achieved on this. I play the game and still am in awe that we pulled it off. Scott and I spent weeks pouring over graphs, charts, mind maps, and shot lists. Everything was so carefully planned out before the day of the actual shoot that by the time we got on set, it was actually pretty straightforward to execute.”

“that’s what friends are for” is the latest link in a long chain of solo singles. Bianco first came to indie-pop prominence as part of Smoke Season, a duo collaboration which began releasing singles and EPs in 2014. The pair parted ways in 2019, a wrinkle in time that came right as Bianco was undergoing quite a personal and artistic transformation.

An Abelton retreat out to Joshua Tree, often the site of such revelatory mutations, led to a greater understanding of her own long-forgotten power. “I spent a weekend with other femme producers trading tips, tricks, and performances and really just empowering each other to take production into our own hands. What was so brilliant about it was seeing that there’s no one right way to do anything. When it comes to technology like that, there are 10 ways to get to the same outcome and erasing the hesitation that comes with imposter syndrome and instead emphasizing the fearless pursuit of exploration is really the key to encouraging more of us to be music producers.”

Afterward, Bianco owned her role as a music producer on-the-rise, and she soon funneled such renewed strength directly into the work. “I realized how much I already knew how to do and let go of the imposter syndrome that had caused me to hesitate to call myself a producer and take the whole production pursuit in my own hands,” she offers. Even prior to the trip, she could feel something guiding her in a new direction. “I was definitely being tugged to create music that was coming naturally to me. I kept writing and producing these new songs that lived harmoniously with each other but didn’t really jive with the band I had been in. It was all so fluidly coming out of me that I needed to stop and acknowledge this direction.”

With owning the space, Bianco confronts a male-dominated industry (how many women producers can you name?) and commands unwavering attention. “Honestly, I feel like a man in my position would have considered himself taking the production reins years before I finally did. I was doing all the things—writing songs, producing all my vocals and synth tracks, helping direct videos—that it was more like I couldn’t ignore all the stuff I had gotten used to doing and just had to say it out loud.”

Going solo is not without its pressures, of course. “Everything is suddenly on my shoulders. The live show, the songwriting, the production. So much pressure to deliver something special all the time. My music and art is such an intimate exploration of the weirdest parts of my mind—I found myself wondering if anyone was even going to get it.”

What is as empowering is her fearlessness in redefining herself with both femininity and masculinity. If you peruse her Instagram page, you’ll notice Bianco proudly rocks suits and other garments traditionally tailored for men, and her camera-locked gaze is one of fierce determination to only live as she sees fit. It hasn’t always been this way.

Identifying as a cis-woman (It’’s important for me to acknowledge that privilege,” she stresses), Bianco busts down binary and its tainted expectations ─ in much the same way as pop figure Harry Styles has done on magazine covers the last few years. “What I fully reject is the notion that certain passions, talents, attributes are associated only with a specific gender. Fuck that. Normalize women with modular synthesizers, in the producer chair, talking about sidechaining, fixing a motorcycle, being a CEO. When we do these things or are these things, the reaction is always like, ‘Oh what a cute surprise that a woman is doing that.’ The binary does not exist and only serves to make it harder for people who don’t fit the gender mold to have access to certain passions and career fields. We have a problem when the world cannot wrap their heads around a Victoria’s Secret model also being a badass music producer. Femininity should not disqualify women from being compatible with specific career fields.”

In 2018, Bianco gained a firm grasp on who she was and is, finding it necessary to formulate a more accurate representation of herself in the world. “I had been hovering around being comfortable in my own skin and art for so long and everything finally locked into place,” she says. “It was suddenly so obvious what brought me joy and came natural, and I couldn’t unsee it.”

As evidenced across her solo body of work to-date, Bianco’s personal explorations, from terribly grim, emotional moments to sky-bound triumphs, are forever tethered to her songwriting. “The way I unpack [life] is through my creative expression. If I’m feeling heartbroken, expect a rush of content surrounding it. If I’m feeling insecure, then I’ll create something to make myself more confident. They’re so inextricably linked.”

“that’s what friends are for” samples a forthcoming full-length project, a song operating as a “critical part of the storytelling in the final act. The mixtape is split up into three acts, and let’s just say it’s a staple of the final one.”

“This project overall has taught me that I am capable of learning how to do anything. The key is to decide to learn. I started trusting my mind’s own elasticity. Turns out, you can teach an old dog new tricks. The work never ends. Figuring out what the most important things to work on is is an extremely difficult skill to master. It’s also really important to know what kind of music you excel at naturally. As a producer, it’s sometimes so easy to adopt so many styles, and it’s really important to protect and preserve a coherent sonic vision with what you’re creating. So I guess I became more married to focus and let go of that which doesn’t suit me.” 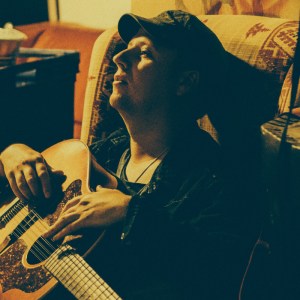 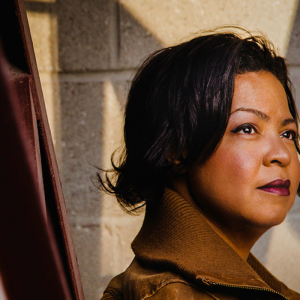