Scott McKeon has given a literal lifetime of dedication to his craft as a guitarist and songwriter. By the time he was eight, McKeon was playing a full-size Strat and was the face of a Fender ad campaign to inspire a new young generation of guitarists. At just 13 years old, Scott was fronting his own blues band, playing most weekends in pubs and clubs around the south coast of England.

He is currently performing in Sir Tom Jones’ band, but has also had the pleasure of playing with the likes of Eric Clapton, James Arthur, Emeli Sande, Lana Del Ray, Derek Trucks, Gary Clark Jr, Van Morrison, Andreya Triana, Joe Bonamassa, and Ed Sheeran — to name a few of the highlights.

New Morning is an earthy, raw, guitar-lead record, showcasing Scott’s range and ability as a guitarist. It was recorded live in the studio at RAK in London, and captures the energy and spontaneity of the sessions.

The nine-track, 53 minute run of time on the album takes listeners through a voyage of smashing together Jeff Beck, Jimi Hendrix, and Miles Davis in a way that leaves you ready to listen on repeat.

McKeon said, “New Morning, to me, is a new start, a new journey about real and true to yourself, playing from the heart, not your head.”

He gave American Songwriter and its readers a Track-by-Track breakdown.

Fight No More
This was one of the first tracks we cut live at RAK Studios in London with Jeremy and Rocco. I was playing my old ’62 Strat through my fuzz pedal with a wall of amps behind me. I wanted this to be a full-on guitar track but with a loose swinging 60s feel that wasn’t too tight. We brought in a vocal chant at the end of the song in the vein of Sly and the Family Stone/The Meters.

New Morning
I love the space in this song, capturing something that’s bluesy yet melancholic. I’m a huge fan of Meshell Ndegeocello’s music, especially an album she did with Joe Henry called Weather, and I really wanted to capture a bit of that stillness that her music has. I think it’s really important that there’s space in music that gives it room to breathe. In the slide part I was trying to play something reminiscent of Sleepwalk by Santo & Johnny, where it feels like you’re floating in the clouds. Paul the producer plays a beautiful melody on piano and vibes.

Zapruder
This originally stemmed from a jam we had at Rocco’s house before the recording sessions, and has three distinct sections. This track is actually named after Abraham Zapruder who unknowingly captured one of the biggest events in history, the assassination of JFK, and this music seemed to fit with the iconic images – the president’s limousine, the Secret Service agents, and the grainy 60s aesthetic of the film – something I find equally moving and scary at the same time. Musically this song is influenced by Clapton in the Bluesbreakers and Cream, and goes into a bit of British Rock riff at the end.

Fego
I wanted to do a slow, moody blues on the record without it being just a 12 bar, something cinematic that takes you on a journey, like you’re in a smoky little club somewhere in Paris or something. Because we were all in the room together playing, when you listen it’s like you’re in the room amongst the musicians. Fego was the name of the café we went to between sessions when we were recording in St John’s Wood, London. Good sandwiches.

Angerstein Road
This is titled after the name of the road my Dad grew up on in Southsea, England. I was playing on an old guitar that he used to play in the 50s and I just started playing this Lightnin’ Hopkins/Lil Son Jackson-inspired thing that had an eerie quality to it. It has an atmosphere that takes you back to those old blues records, just one man and a guitar.

Third Eye Witness
This song came from an idea I had playing a baritone guitar to a little drum loop, which I played to everyone when we were in the studio and the guys did their thing with it. Jeremy played this off-kilter kind of beat with a big bass drum sound. We cut it live in the studio, with Gavin writing the lyrics as we were playing. He’s talking about the noise and mayhem of the city – too noisy, too fast – and is there a saviour or are we too late. Even though it’s bluesy in its aesthetic, there’s almost an indie/grungy vibe to it.

Crossfader
This starts with a choral, church-like organ, played by UK jazz musician Ross Stanley. This track is influenced by the 70s period of Miles Davis – there is a craziness and certain psychedelic journey that it goes on, culminating in this explosive mayhem and then comes back down to earth. I was definitely thinking about Jimi as well on this song.

Everything is Nothing
This is a more classic rock track in its approach. We were all in the studio together when we cut this and wanted to capture a kind of Stonesy, loose vibe to it. Gavin’s vocals give it that British Rock flavour and Jeremy conjures some Bonham/Mitch Mitchell-esque drums. Lyrically, Gavin is saying that we own nothing, not even our bodies. It all goes back to earth. We are everything but we are also nothing.

Take Me Back
This has this low-down, desert blues vibe to it. In my head I was trying to channel some early Billy Gibbons and Albert King. It’s about a man who’s lost everything and longs to be back home, with the call and response of the guitar with the vocals and the simple swampy drums. For me this is a simple blues track that goes back to the music that I grew up playing and still love. 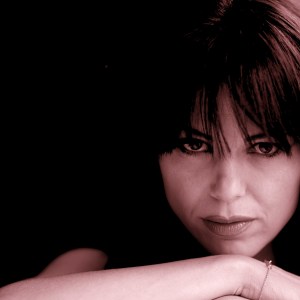 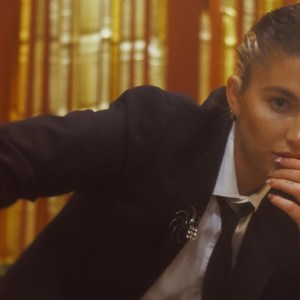