Songwriters and musical artists are criticized often for acceptance speeches at The Grammys and elsewhere when they thank God, or divert the credit for their success in any way. Doing this is perceived as false and pretentious, like a mom at a bake sale making an impassioned speech thanking God for the glory of her brownies. Why can’t they just own their accomplishments and say thank you like normal people?

Here’s why: they aren’t normal. There is no recipe to follow for writing a song. Nor is there any method by which one can create a song that powerfully impacts millions of people around the world. Doing that is not a normal human accomplishment. Less than 1% of humans ever write a song which becomes popular, and very few of them win any awards. And none ever – with the exception of Billie Eilish – has ever won Record of the Year twice by the age of 19. (She won last year with Finneas for “Bad Guy,” which was also Song of the Year.)

So when artists and songwriters do this, it isn’t false. It’s an expression of the authentic gratitude they feel for the gift of musical talent, the ability to create their art in the world, and for its success. It’s their way of acknowledging their own awe at the power of song they can summon, and all the other forces at play that allow their song to be heard by the world.

Upon receiving her Grammy this year, Billie Eilish did something no other Grammy recipient has ever done since the first Grammys back in 1958: she spent most of her speech saying she didn’t deserve this award, and singing the praises of the one who did, in her passionate opinion.

Sure, countless other Grammy winners have acknowledged the great work of their fellow nominees, and usually with authentic appreciation. Many times they generously admitted they were sure the other would win, and deserved it. Often it’s been done with humor, as in 1976, when Paul Simon won Best Album for Still Crazy After All These Years. He ended his acceptance speech with “And most of all I’d like to thank Stevie Wonder, who didn’t make an album this year.”

[In fact, Stevie had taken home the Best Album in the two years prior to this one, and did so also the following year, 1977, for his epic masterpiece Songs in the Key of Life.]

See Simon’s 1976 acceptance of Grammy for Album of the Year.

But as funny and also generous as was Simon, no recipient has ever taken it to this extreme. She did a little, then more, then even more.

Almost as amazing as her speech was the reaction she and Finneas had to the announcement that she’d won. It’s visible evidence of their remarkably close and constant connection: Ringo is the presenter, who opens the envelope. The camera shows Billie and Finneas at their table at the moment he says her name.

Watch [at 2:08] how they each have the same exact physical response at the same exact moment when her name is spoken. Both of their heads are thrown back, as if an animal leapt at them, and they both recover by holding their heads in their hands.

Then their separate identities come into play. Finneas – who has always been her protector – instantly checks to make sure she is okay. Billie isn’t looking to him, though. Head in hands, she sinks deeper into herself, covering her face. She takes a moment, then she rips off her mask, and faces the world.

Synchronization this close would have been tough to do on purpose. But instinctually they both reacted as one. That speaks volumes.

Then the speech. Billie began by saying she was embarrassed to win, and then looked straight at Megan Thee Stallion and told her and the world that Megan should have won. That moment – and the lightning flash of shock in Megan’s eyes – was great. It would have been more than enough.

But Billie wasn’t finished yet. In this time allotted for self-celebration, when almost all winners are happy to bask in their own glory, she poured her heart out about the beauty and moment of Megan and her music.

BILLIE EILISH: This is really embarrassing for me.

You had a year that I think is untoppable. You are a queen. I want to cry thinking about how much I love you. You’re so beautiful. You’re so talented. You deserve everything in the world. I think about you constantly. I root for you always. You deserve this, honestly. Genuinely.

This goes to her. Can we just cheer for Megan Thee Stallion?

Many have felt this was indulgent, false, or wrong in other ways.

Others watched it, amazed, over and over – many in tears – in utter amazement about the remarkably fearless poise and truth projected by Billie.

But as those who know her, and/or know her music, already know: it isn’t false, or indulgent. It is brave and true and kind-hearted. But that is the foundation from which her music has emerged. Raised by two artists and home-schooled with her brilliant brother in a literal house of art she learned early on a lesson many artists never learn: that being true to one’s self in art and life matters more than anything, as does recognizing and empowering fellow artists.

And throughout the past decades, we’ve seen the same pattern repeat of great songwriters being championed by other great songwriters and musicians. Her entire career, which already has resulted in a great body of work at 19, is founded on this firmament of familial love and generosity: every song and record she’s created has been done so in collaboration with Finneas. Their mutual love and admiration is real, as their fans know. They are best friends.

So for Billie, doing this is understandable. Still, it is a moment unlike any other.

But not everyone sees it that way. There are those who felt it was overboard, or false, or just somehow wrong.

And there are those who feel completely the opposite: That it was a beautifully poignant expression of her true generosity of spirit as singular, and also authentic, as the spirit of her songs.

What do you think – is this one of the greatest acceptance speeches ever? Or one of the worst? Or somewhere between those two? 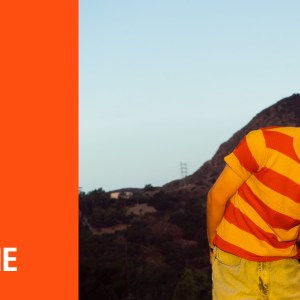 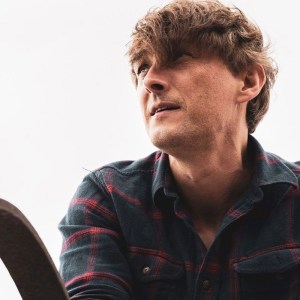