This is Part 2 of a two-part story. See Part 1 here:
Behind the Song, Everything I Wanted, Part 1.

In the first part of this story, we explored the perfect harmony between Billie and Finneas in their music and life, which is the foundation of this song. . Though they’re siblings and share passion for songwriting and serious artistry, they are very different people. Yet they complement each other ideally as songwriters and performers. Up to this point, the pattern was pretty much the same. They would write the songs together, but often based on ideas and sections that Billie developed on her own. Finneas, as the world knows, is not only a great songwriter, but an exceptional producer, and he exults at creating the perfect soundscape for their songs.

But that pattern shifted with “Everything I Wanted,” and so dramatically it could easily have resulted in abandoning the song altogether. Because this is – as far as we know – the first time Billie had a song started with content Finneas could not sanction. It simply was too dark.  His feelings led to them eventually reinventing the songs.

Most likely, had they not revised the song at all, it still would have become a hit. Despite that lyrical content, the song still has that beautifully haunting melody . The admission that she dreamt of a joyful suicide is not one which would have kept her fans away. After all, they loved the expression of darkness in Billie’s soul, because so many know it intimately. And from that darkness Billie discovered triumph, and the lifelong adoration of all the black sheep of the world, and all those who have been beaten down by life.

It was the same message expressed famously by Don McLean about Van Gogh, in his classic song “Vincent”: “…but I could have told you Vincent, this world was never meant for one as beautiful as you.” That song, with its beautifully sad melody, is ultimately about a joyful suicide, the artist’s ultimate escape from suffering.

Yet the fact that “Everything I Wanted” could have been a hit with that original lyric did not matter at all to the one who mattered most. Finneas.  Had he taken the traditional music business path (Go for a hit no matter what!), he refused.

This is where that theme of genuine love comes in most overtly. When he heard the song,  rather than hear its potential as a hit, he heard his sister crying out for help.  Supporting Billie to sing this pro-suicide song felt very wrong, bordering on exploitation. It was not somewhere he wanted to go.

His concern was reasonable, given the result of her fame on her former freedom.  He knew it expressed an aspect of her truth.  And he refused to help her manifest that truth in any way. In a rare event for most songwriters, he put life before song. And he admitted, as did Billie ultimately, that not all of life’s problems can be helped by a song.

It’s because he genuinely loves her. Before being her champion and collaborator, he was her protector.

“My first memory,” he said, “was her teetering into my room in a diaper and putting a marble that I had on the floor in her mouth. And me reaching my hand down her throat and pulling the marble out.”e is forever ready to extricate another marble at any moment. Writing a dream of this darkness with her was out of the question. Yet being brilliant songwriters both, they quickly saw a way of transforming the song without abandoning it forever.

“It was a period where I was really worried about my sister,” he said to the New York Times Magazine, “and I felt like an enabler in helping her write a song as bleak as that song was. Like the musical equivalent of giving an alcoholic another beer: ‘I’m not going to support this.”

Billie didn’t deny the actuality embedded in the song, which surfaced also in “Bury A Friend” and others. “I was in a really bad place mentally,” she said “So the lyrics — ‘I had a dream I got everything I wanted’ — are literal.”

“Finneas said, ‘I don’t want to write a song about you killing yourself and how that’s everything you wanted!’ It became this huge thing and I locked myself in my room, and I was in there, just drawing on my wall.”

Finneas, she said, told her, “I don’t want to keep making these songs that are only sad and they never get better. He wanted to make songs that resolve in the end. I was like: ‘But Finneas, that’s not how things work in life. And I’m not going to lie in a song and talk about how I’m feeling good when I’m not.’”

Their mom Maggie Baird, forever their artistic champion and great adviser, agreed with Finneas. She also felt that writing and producing it as was would not be good for Billie.

As Finneas said, “A lot of songs are written in retrospect, but this one felt like it was being written in real-time. And I was like: ‘This is something we’ve got to write on the other side of this hill. We have to go through this in real life. You can’t always solve your problems in a song.’”

Their solution, which was inspired and right, was to change the direction of the song to reflect the saving grace of love, as symbolized by his refusal to manifest her darkness. Instead of writing an anthem for giving up hope forever, it became a theme-song about genuine love. His love inspired the better, bigger theme. It’s still dark, but not without hope.

Still the thought of that step “off the Golden” (Gate Bridge) is preserved, but not realized in the song. Instead it is dismantled by love. It’s there in the lyrics, and also in the perfect harmonies on this chorus sung by brother and sister together:

“Thought I could fly/So I stepped off the Golden/Nobody cried/Nobody even noticed,” she sings. Then in harmony they bring the hope together: “You say, ‘As long as I’m here, no one can hurt you.’ ”

“Finneas and I both had the idea to make the song about each other, instead of just me and how I was feeling,” Billie said.

“We had a complete block,” Billie said about reinventing this song. “And the way we got through it was to make it about us as siblings and what we mean to each other.”

This is Part 2 of a two-part story. See Part 1 here:
Behind the Song, Everything I Wanted, Part 1. 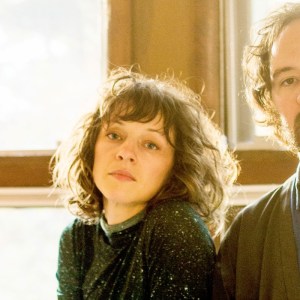 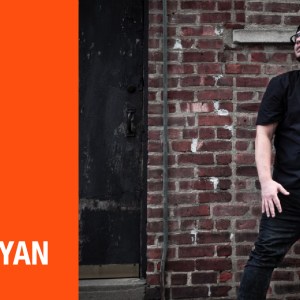