In the 15 or so years that it has existed in the internet economy, the music industry has seen vast improvements from the early days of illegal file sharing and Napster. However, despite increased consumption and improved streaming services (iTunes, Spotify, and Pandora), the digital music industry has shrunk financially and become drastically more complicated. Many of the problems stem from one of the internet economy’s most major technological issues: transparency and clarity of music ownership.

Benji Rogers, co-founder of PledgeMusic, quotes major record executive Stan Cornyn to recognize the issue, “In the race to adopt new technologies the music industry historically has finished just ahead of the Amish.”

Along with a growing number of other professionals, including David Byrne and Grammy-winning singer-songwriter Imogen Heap, Rogers is enormously optimistic that the issue of digital ownership of music can be solved through the application of blockchain technology. Furthermore, that blockchain technology has the potential to disrupt the current business ecosystem of the music industry by reinventing the way listeners discover and pay for an artist’s music.

In a two-part post on Medium, Rogers lays out a blueprint for how blockchain could financially heal the music industry. He explains that blockchain technology would securely track the accurate data needed to identify who owns, wrote and performed digital music, ensuring that artists and owners get paid for their work “whether streamed online, broadcast in a coffee shop, licensed for a TV show, or played on an iPad.”

The blockchain technology was first discovered as the core code structure of the cryptocurrency Bitcoin. How the blockchain works is quite complicated; you can think of it as a digital register or ledger that transfers data between users through interrelated cryptographic hashes, or, put another way, a chain of digital locks that is virtually tamper proof.

Because outside users can’t alter the software, individuals using the blockchain can securely upload and exchange any data (information, money, etc.) in any quantity without the use of intermediaries — third parties whose sole job is security.

For musicians and songwriters, this means recorded music could be shared and sold through the blockchain without being stolen, copied, or modified by other users.

Here is a visualization of an artist-to-listener digital music exchange through the blockchain.

The sheer difficulty of accurate tracking and payment for digital music usage comes from the sheer quantity of services and frequencies at which consumers stream music. “Songs can have multiple writers, performers, publishers, and licenses and different usage rights by territory. By consequence, a single song can sometimes have to pay out to multiple sets of people in different countries at different times through different organizations,” says Rogers. Because there is no centralized database or ledger to keep track of music usage, collecting or tracking music usage has been immeasurably difficult, like sifting through “data soup.” This vast quantity of random data has lead to inaccurate and often glacially slow payments, that are sometimes not even collected or identified.

“At the moment it takes up to two years for me to receive money,” said songwriter and blockchain advocate Imogen Heap, during the Oslo Innovation Week. “Imagine if every time someone interacted with a song people got paid immediately.”

PeerTracks is a digital music startup that leverages blockchain technology service to track usage data and ensure faster payout to artists. PeerTracks boasts a five percent fee from transactions as opposed iTunes’ 30 percent take. Ujo Music is another company using the blockchain to improve accessibility and payout for artists within offline channels such as radio, TV, and inside restaurants.

The technology’s algorithm could provide the control and regulation that performing rights organizations and music publishing and royalty companies are typically paid to do. Using the blockchain would undoubtedly allow creators to forgo the hefty fees of purchasing platforms and financial brokers to directly reach their consumers.

“Artists can finally get what they deserve,” said Imogen Heap in Fortune. But with most technological innovation, blockchain should not be expected to offer a perfect solution. At the very least, Heap believes blockchain gives a viable opportunity for “rethinking how monetary distribution works within the music industry.” 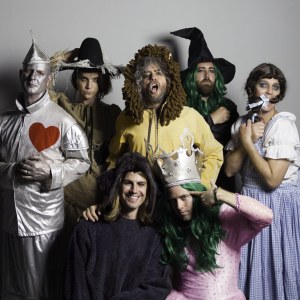 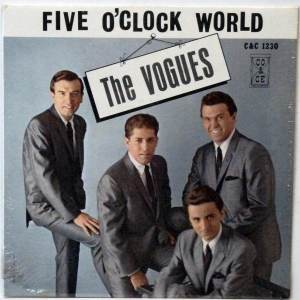