Sylvie Simmons’ prolific prowess continues to shine with her new album — and second to date — Blue on Blue. A well respected British-born author and journalist, she made her recording bow in 2014, but her attempt at a follow-up was thwarted when a horrible accident left her with broken bones, nerve damage and a crippled left hand. Fortunately, she was able to recover and with longtime collaborator How Gelb overseeing production and contributing keyboards and guitar, she’s returned, not with a bang but with a whisper. Indeed, if there was any intent to recall Joni Mitchell and her singularly subdued Blue, the title alone of Simmons’ new effort makes the attempt at a connection seem quite plausible.

Nevertheless, given Simmons’ decidedly mellow musings, she does Mitchell several shades deeper with a sound that rarely rises above a whisper. Intimate yet expressive, the arrangements leave plenty of room for her to explore every note and nuance. The melodies are dainty and delicate, with a shared fragility that underpins it all. It’s a shimmer of a sound to be sure, and there’s no denying the mellow mindset that it leaves in its wake. Songs such as “Keep Dancing,” “Not In Love,” and “Creation Day” share a quiet comfort through a sweet caress, and even if one is forced to lean in and listen, the effort is certainly worthwhile.

That said, Simmons makes little attempt to vary her template. Eventually, despite the pleasant pastiche, the music all starts to sound the same. Absent any real shift in tone or tempo, the overall impact tends to be somewhat muted. Given that Simmons’ choice of instruments is the ukulele, that precious posture is emphasized even more. As lovely as they are, no one song finds a singular stance. While “The Thing They Don’t Tell You About Girls” hints at a playful posture, it isn’t until the album’s final song, “1000 Years Before I Met You,” a jaunty duet with Mr. Gelb, that she actually appears willing to let loose. Naturally, Simmons’ sound has drawn plenty of comparisons — not only to Mitchell but also to the younger Marianne Faithful and Leonard Cohen in moments of relative respite. It’s decidedly delicate and unerringly engaging, but the hushed tones are badly in need of more than an occasional uptick in energy. If that were to happen, Blue on Blue might shine with a brighter hue. 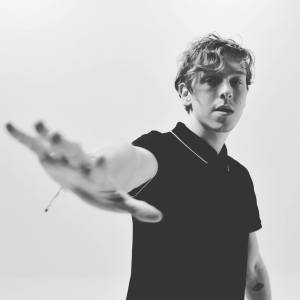 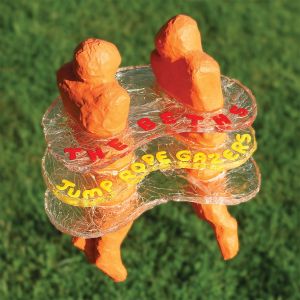