There aren’t many contemporary blues artists who can boast a catalog of 27 albums. Ronnie Earl, whose debut solo recording arrived in 1983, has been averaging an album a year on a variety of labels. But even with all that quantity, Earl’s quality control has never wavered. Now firmly ensconced on the Canadian-based Stony Plain imprint since 2003, he has aligned with a company that supports his recordings with little regard for hits or chart placement.

That has allowed Earl to stretch out without fear of being modified, something he takes advantage of on this, album number 28 and his 14th for Stony Plain. He uses that freedom by covering some unusual material ranging from Dave Mason’s soulful rocker “Only You Know and I Know” to John Coltrane’s dreamy, near ghostly “Alabama.” That indicates not just Earl’s varied influences but his creative eclecticism.

Since Earl doesn’t sing (powerful vocalist Diane Blue handles a few tunes) or write songs with lyrics (all but one of these compositions are instrumentals following basic blues structures), he focuses on his playing which exudes as much emotion as any singer. Whether he’s unplugged for the stirring “Blues for Ruthie Foster” or electric in the aching slow burn of “Blues for Duke Robillard,” Earl is a one-man master class in restraint, complexity, and sophistication.

He kicks off with Muddy Waters’ tough Chicago shuffle “Blow Wind Blow” as Blue handles vocal chores and continues in that groove for the jazzy strut pulsating under “Dave’s Groove” (Dave Limina is Earl’s longtime keyboard sideman) featuring a sizzling tenor sax section. He refers back to that tempo in “Coal Train Blues” before switching to a more meditative approach halfway through the song.  Jackie Wilson’s often covered soul/gospel classic “(Your Love Keeps Lifting Me) Higher and Higher,” features Blue along with a horn section that enhances seven of the dozen selections.

As producer, Earl seemingly doesn’t believe in editing these performances. Four pieces clock in at over seven minutes, with his cover of Percy Mayfield’s standard “Please Send Me Someone to Love” expanding to nearly eleven. That provides plenty of room for soloing, something any guitar player would crave from a journeyman like Earl. Thankfully instead of the shredding shenanigans other bluesmen resort to, his style of staccato, sharp, short bursts of notes never, well seldom, overextends its welcome.

There are slight echoes of Santana’s sweet sustain shimmering through the poignant “Soul Searching” instrumental, an Earl original. That leaves room for a keyboard, tenor, and baritone sax solos to take some of the load off the guitarist’s fretwork. But there is plenty of that, specifically powering the slow blues “A Prayer for Tomorrow,” penned by guest pianist Anthony Geraci. Earl closes the track with his tender yet tensile six-string after the keyboards take turns soloing.

Mercy Me is yet another solid notch in the veteran guitarist’s ever-expanding discography. At nearly an hour and twenty minutes, it’s also a generous one, displaying Earl and his band’s diversity and cohesion on this impressive, exquisitely conceived effort. 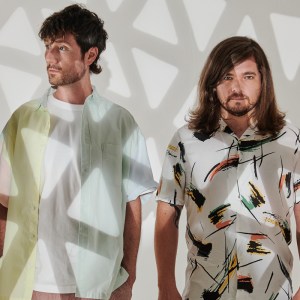