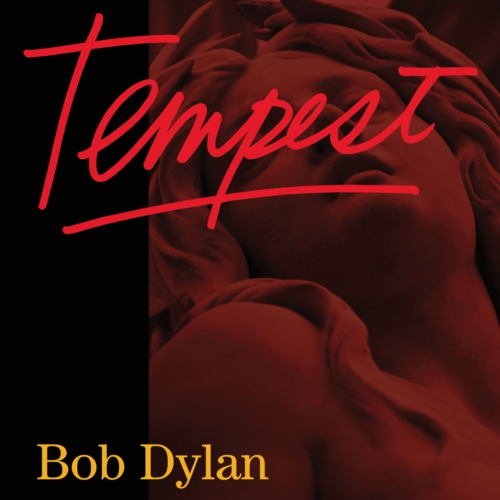 Bob Dylan
Tempest
(Columbia)
Rating: 4.5 out of 5 stars
Stream it on iTunes

There is a lovely little instrumental passage that opens up Tempest, the new studio album from Bob Dylan. It’s completely unassuming and charming, something that might accompany a beautiful sunset or moonlight glancing off a tranquil ocean. It in no way prepares the listener for the grit and tumult that lies ahead.

The beginning of “Duquesne Whistle” turns out to be a perfect opening to this album of sudden juxtapositions and mood shifts that occur not just within songs but sometimes within verses. Those looking for a smooth ride in one direction should look elsewhere, but people who jump on board the train with the world’s most decorated songwriter will find humanity, in all of its flawed glory, at every turn and enjoy a ride equal parts invigorating and moving.

Whereas Dylan’s previous album, 2009’s Together Through Life, was a pleasant ramble that lacked a bit of substance, Tempest is the kind of meaty offering that his most ardent fans desire most. A large percentage of the ten songs clock in at over five minutes, there are plenty of allusions to be uncovered, and quotable lines pop up constantly.

Even when songs seemed pointed in one direction, a stray line or phrase will have you rethinking what’s at stake. “Soon After Midnight” is a gentle stroll with sweet nothings being whispered, at least until the narrator’s urgency is laid bare in an unexpected couplet: “It’s now or never/More than ever.” By contrast, “Narrow Way” is a grinding blues, as Dylan disses his enemies and lusts after his women, only to hear a voice at song’s end telling him to “be gentle and pray.” Those curve-ball lines carry unexpected weight when set against the prevailing tide in their respective songs.

It’s easy to spot the musical antecedents at times, since they often come from Bob’s own recent catalog. “Duquesne Whistle” comes on like “Thunder On The Mountain” with less thunder and more swing, while “Scarlet Town” recalls Modern Times closing track “Ain’t Talkin’” and “Tin Angel” harkens back to “Man In the Long Black Coat.” And it wouldn’t be a Dylan album without him retrofitting a blues classic; in this case, “Mannish Boy” becomes “Early Roman Kings,” with David Hidalgo’s accordion stepping to the fore.

Yet there are a few stylistic detours that seem to fire up not just his band but Bob himself. “Long and Wasted Years” uses a catchy descending guitar riff to set up Dylan to play soul man, toying with the phrasing of each line to tease out every bit of hurt in this tale of love gone wrong. His voice may be shredded, but he can still interpret a song like no other.

“Pay In Blood” is a real stunner, sounding like Tattoo You-era Stones and featuring some of Dylan’s most remorselessly biting lyrics in years. In past kiss-off classics like “Idiot Wind” or “Like A Rolling Stone,” there was a always an undercurrent of hurt that softened them a tad. Dylan is having too much fun to be hurt here, as he runs roughshod over scorching couplets like “I got something in my pocket make your eyeballs swim/I got dogs that’ll tear you limb from limb.”

Tempest finishes off with an ambitious three-song run that should silence any doubts, if they exist, that Dylan is still at the top of his game. “Tin Angel” is a return to narrative storytelling in which a lovers’ triangle turns into a Shakespearean body pile, providing plenty of fodder for Dylanologists looking for symbols and hidden meanings.

The title track may also be a metaphor for something bigger, like a commentary on how we’re all headed unknowingly toward an unfortunate fate, or it could simply be the most thorough and fanciful re-telling of the Titanic story you’ve ever heard. Either way, it gives Dylan a chance to stirringly meditate on how people react, some nobly, some horribly, when put to the ultimate test.

On closing track “Roll On John,” Bob contemplates the death of his old buddy John Lennon, veering between biographical elements and bits of Lennon song lyrics to more impressionistic musings. John himself would probably get a kick out of being included with the likes of Crazy Joe Gallo and Lenny Bruce in Dylan’s rogue’s gallery of tribute subjects, though he might object that the song quotes William Blake and not Lewis Carroll. Still, this is the oft-overlooked soft side of Dylan coming to the fore, and it is truly touching.

Unlike the Titanic watchman fast asleep at his post, Bob Dylan’s eyes are as wide open as ever, even when he’s looking back. On this album, he depicts all he sees with his typical insight, dexterity, and honesty, yet he still has ways of doing so that upend all expectations. Tempest is fantastic, but being impressed by Dylan is old hat. That he still finds ways to surprise us is an achievement beyond all comprehension. 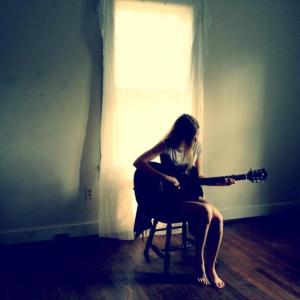 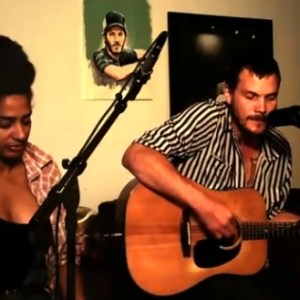