Today, episode five of Bob Marley’s Legacy documentary series continues with ‘Punky Reggae Party,’ an insightful look back at Bob’s time in and impact on London and the rest of the United Kingdom. Dating back from the mid-’70s to this present day, ‘Punky Reggae Party’ explores how Bob’s music and ethos captured the Zeitgeist, detailing his signing to Chris Blackwell’s Island Records, and the welcomed arrival of his sound and the impact he had in the United Kingdom, especially the London-born children of the Windrush generation.

Also, today sees the release of one of the world’s best-selling and most loved albums of our time, LEGEND, available now on limited-edition picture disc. Featuring many of Bob’s most memorable songs, from “One Love/People Get Ready” to “Get Up, Stand Up,” “Is This Love” to “Jammin’,” “Could You Be Loved” to “Three Little Birds.” The album also includes eight more classics, in celebration of #BobMarley75, and is available from today in a limited-edition picture disc presenting the iconic cover shot backed with a previously unseen image of Bob. Purchase here.

In other news, Ziggy Marley released a brand new single, “Play With Sky (feat. Ben Harper)” today. The track, written by Ziggy, comes from his new upcoming family album, MORE FAMILY TIME. This release is a follow up to his 2009’s Grammy and Emmy winning album, FAMILY TIME, and is due out on September 18th. Listen to ‘Play With Sky (feat. Ben Harper) here.

Last week, members of the Marley family, in conjunction with Tuff Gong International and Amplified Music, released a reimagination of the late Bob Marley’s iconic anthem, “One Love,” featuring musicians from all corners of the globe, artists from conflict zones and children living in vulnerable communities to support UNICEF’s work to reimagine a fairer, more just world for children whose lives have been upended by the COVID-19 pandemic. All net proceeds from the sale of streams of the recording will directly support Reimagine, UNICEF’s global campaign to prevent the COVID-19 pandemic from becoming a lasting crisis for children and to ensure the post-pandemic world is more fair and equal for every child. Visit here for further information and to donate. Every US dollar donated to ONE LOVE by the public will be matched by jewelry brand Pandora up to the value of one million US dollars. The new song and video are available now. Watch the Marley family’s video for the seminal song, “One Love” here.

**The promotion is not directed to the residents of Alabama, Hawaii, Massachusetts, Mississippi, or South Carolina. Promotion ends on July 17, 2021.

In addition, the Marley Family is announcing the Wrangler x Bob Marley collection that was created through a collaborative process with Wrangler in celebration of what would be the icon’s 75th Birthday in 2020. The 11-piece collection launching Monday, July 27th features heavy reggae influences and revivals of Marley’s favorite Wrangler styles, including one men’s and one women’s denim jacket, four men’s and three women’s tees and two unisex lasered shirts. Wrangler has worked with the Marley family over the past year to design a unique collection that commemorates a music icon who has inspired generations of people through his commitment to fierce idealism and powerful songwriting. In celebration of the collaborative collection, Wrangler will donate $25,000 to The Bob Marley Foundation. The Bob Marley Foundation, is a Jamaican nonprofit organization focusing on Education, Music & Culture, Environmental Protection, and the health and well being of the Rastafarian community. For more information, please visit here.

Earlier this month in continued observance of the late and legendary Bob Marley’s 75th Birthday, and in honor of the July 1st International Reggae Day celebrations, an official music video for Bob Marley’s “No Woman No Cry,” was released. Directed by Kristian Mercado Figueroa and shot in Jamaica and New York City, the powerful visual explores two tales of a family divided by country but connected by their love and want for a better life for their children. We see a strong and loving Mother strive to look after her children in their homeland. At the same time, the father works tirelessly, isolated in New York City, working as a taxi driver to better provide for his family back home. The video shines a light on the importance of family and connection while confronting the genuine struggles many families face in the modern world, often forced apart due to poverty. The video for “No Woman No Cry” debuted on Bob Marley’s Official YouTube Channel. Watch here.

Bob Marley, a Rock and Roll Hall of Fame inductee, is notable not only as the man who put reggae on the global map but, as a statesman in his native Jamaica, he famously brought together the country’s warring factions. Today, Bob Marley remains one of the 20th century’s most important and influential entertainment icons. Marley’s lifestyle and music continue to inspire new generations as his legacy lives on through his music.

In the digital era, he has the second-highest social media following of any posthumous celebrity, with the official Bob Marley Facebook page drawing more than 70 million fans, ranking it among the Top 20 of all Facebook pages and Top 10 among celebrity pages. Marley’s music catalog has sold millions of albums worldwide. His iconic collection, LEGEND, holds the distinction of being the longest-charting album in the history of Billboard magazine’s Catalog Albums chart and remains the world’s best-selling reggae album. Marley’s accolades include inductions into the Rock and Roll Hall of Fame (1994) and ASCAP Songwriters Hall of Fame (2010), a GRAMMY Lifetime Achievement Award (2001), multiple entries in the GRAMMY Hall Of Fame, and a star on the Hollywood Walk of Fame (2001). For more information visit: here and here. 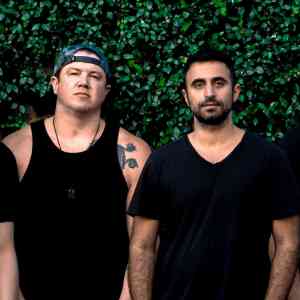 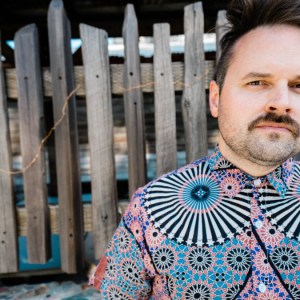