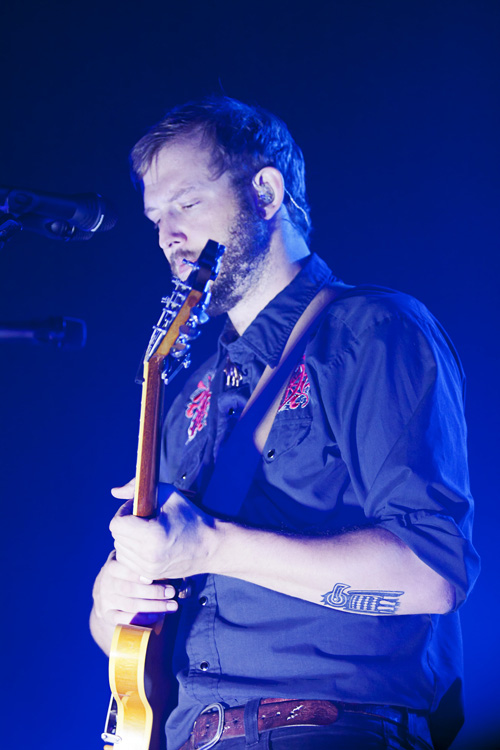 A Bon Iver concert doesn’t deign to fans who pound their fists against the air or pull out their lighters in a show of solidarity. The band’s indie soft-rock is best suited for those with quieter tastes and simpler gestures, restless souls who treat the concert experience as an individual quest for comfort and meaning.

Of course, the crowd at Ryman Auditorium Wednesday night applauded vociferously after each song. But aside from the occasional hoot and holler, fans sat transfixed as Bon Iver explored their eccentricities—musically and lyrically—with a solid set drawn largely from their first two albums.

The band—founder/lead singer Justin Vernon heads the charge—has just recently grown into a national phenomenon. While 2008’s For Emma, Forever Ago exposed a man whose confidence had crashed after an ugly breakup, the follow-up album Bon Iver is his effort to claw back towards the land of the living. It debuted at No. 2 on the Billboard 200 last month, a surprising coup even when you consider Vernon’s recent cameo on Kanye West’s landmark My Beautiful Dark Twisted Fantasy.

The band’s performance, somewhat predictably, was built around Vernon’s aching falsetto; it has the ability to both sting and soothe its audience. A lesser talent might have faltered under the long-and-winding prose, but Vernon is well-versed in gentle melodies and moves gracefully through his performances. The album still carries its share of bummed-out slacker anthems, but his quiet murmurs give the illusion of hope even when all seems lost.

Vernon began the show bathed in a deep blue light, a fitting hue for these songs of longing and disillusionment. In five-minute increments, he pulled the audience into his world of fantasy. It was an ethereal experience, which made his sporadic on-stage banter an awkward and abrupt distraction from these musical flights of fancy. In a smart move, he kept the chatter to a minimum throughout the show.

It was a religious experience, too, altogether appropriate in “The Mother Church of Country Music” (for which the band unveiled a special cover: Don Williams’ ode to Burt Reynolds, “If Hollywood Don’t Need You.”) Vernon often fell to his knees in full submission to the moment, and folded his hands in praise of his adoring audience after just a couple songs. Vernon generously shared the stage with an eight-piece backing band who often stretched out with extended instrumental codas. Their brooding melodies found new life awash in horns and strings. Although the arrangements were occasionally murky, especially in the beginning of the set, most songs ended in a stirring crescendo that justified Vernon’s decision to expand musically after the success of For Emma, Forever Ago.

Indeed there were simple pleasures when they stepped back from Vernon’s wordy passages and peeled back the layers. On “Beth/Rest,” an homage to Eighties adult contemporary, the electric keyboards punctuate the song’s weighty emotions.”Calgary” employed the use of synthesizers and soothing harmonies. And Bon Iver frequently featured the sound of pedal-steel guitar and twin fiddles, even more often than you’re likely to hear on mainstream country radio. It’s this diversity and sheer prowess that may soon help Bon Iver become a household name. 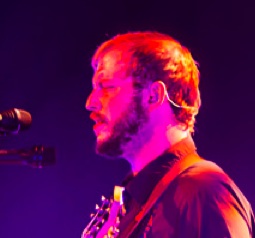 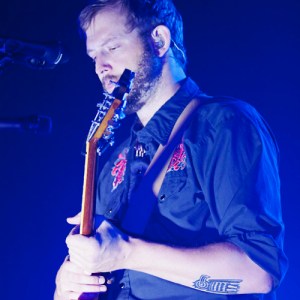 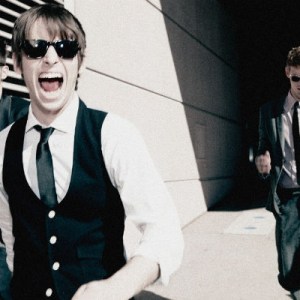