Nina Ferraro has always been a risk-taker. Across her catalog, folk music throbs at the heart of her work, allowing her to explore various strains of alternative music and indie. Now, the singer-songwriter, known professionally as BONZIE, stretches her penmanship across the expanse of time and space, situated firmly in the present, as she makes sense of an ever-changing world. Her third studio record, Reincarnation, lingers between expectation and adventure, her boldest and most magnetic release to-date.

“As a person, I get bored if I do the same thing twice. Even in my songwriting, I’m always aware if I’ve done something before. I always want to do something different,” Ferraro tells American Songwriter over a phone call. “If you stay in your own lane your whole life, you’ll never really learn anything. Maybe that lane isn’t something even you carve out for yourself. Maybe it was there and you just went down it.”

“You’ll become inspired as a writer if you expose yourself to other things. It’s a core value of mine─to never get stuck and keep innovating,” she adds.

With co-producers Yeti Beats (Doja Cat) and DJ Camper (Brandy, Jessie J), Ferraro began piecing together the 13-track project two years ago. Initially, she met up at Beats’ The Himalayas recording studio in Los Angeles, later returning to Chicago once COVID-19 hit the states and continued chipping away at writing and recording. The freedom to experiment permitted her to dig deeper within herself to extricate some of her most probing, affecting songwriting.

“Caves” crackles with funkadelic static, her voice peering from behind a trembling shroud of emotional darkness, and “Eternity” slams on the brakes as a piece of piercing folk balladry. Ferraro keeps the unexpected at the forefront of her approach, often crashing into the listener with a gravitational force─and yet it’s never too much to manage.

“At the base of it, [this album is] my feelings about right now. A lot has changed so fast. What’s happened in the world has happened to everybody. Obviously, everybody’s experiences can be so different. It does feel like some sort of grand scheme change that’s happening,” she says. “Sometimes, when there’s a lot of change really fast, there are some artifacts of that that can be really good─like you can see something in a completely different way. Or there’s understanding.”

As pointed as the lyrics are, she remains mysterious about its meaning. “I love to leave some parts of it open to interpretation. Of course, it can be taken in so many different ways. It’s the concept of you being good to start with and you don’t need to edit yourself,” she offers, “or to let other people adjust what was already there that was so beautiful. And you can take it all completely literally.”

“What Are You Digging For” emerges as another striking centerpiece. What are you digging for / No dust on the dance of the deceased, she sings, turning her gaze to the heavens. Putting up a magnifying glass to her own existentialism, she captures humanity’s constant struggle to know all the hows and whys. “That’s the beauty about life. You don’t know why. There’s an excitement in that,” she says.

Such an inquisitive nature has long been vital to her life. Often turning to the work of such philosophers as Friedrich Nietzsche and Jean-Paul Sartre─“I am always fascinated by those types of texts,” she says, “the concept of the behavior of a soul, the location of the soul”─ those larger-than-life explorations ooze into her songwriting, either intentionally or not. “We live in this time, and we believe everything that this time period believes in,” she continues, noting a fascination with even biological texts dating as far back as the 1500s.

“It gives perspective on what is,” she adds.

Later, her song “I will,” the very first song completed with Camper, grinds with a calculated musical build, an ascension that allows for a gospel lamentation. Having grown up loving gospel legends like Kirk Franklin and Marvin Sapp, it isn’t too surprising a gospel song would eventually play into her work. Camper, who grew up in the church, peppers in his own vast influences, resulting in one of the album’s most soul-shattering experiences.

I want you/ But I can’t keep find / The sun rise / Go down, she cries, as the arrangement bursts like sun peeking through the clouds. “We had a special relationship with that song,” says Ferraro, joined by Camper on background vocals. “We didn’t even talk about it. He just got behind the mic and put down these amazing vocals that end up intertwining with mine at the end. It’s almost hidden on the record, in a good way. I wanted it to be a hidden surprise. If you made it this far.”

Ferraro keeps pushing her musical boundaries right up to the end. “Heavy Rain,” a five-minute odyssey with oscillating strings and steady piano, is “something different I hadn’t done before. I recorded the piano completely live, and it’s not to a click,” she says. “It flows in such a way that I think is different from anything else on the record. I wrote this over a long period of time and kept adding to it. When I play it, it has to be all the way through because the time changes so much.”

Reincarnation is BONZIE’s rebirth. Since the beginning of her songwriting journey, Ferraro has never been one to play by any sort of rulebook. A Wisconsin native, an early adoration of KT Tunstall, Bjork, and Joni Mitchell still very much influences her songwriting, evident on her first two albums, her debut Rift into the Secret of Things in 2013 and Zone on Nine in 2017. But now, it has been through intense collaboration that she has bestowed upon her fresh ways to tell her stories. “I always learn from collaboration. Every musical journey I’ve taken myself on since I was 12 years old has been an incredible learning experience. This time was no exception.” 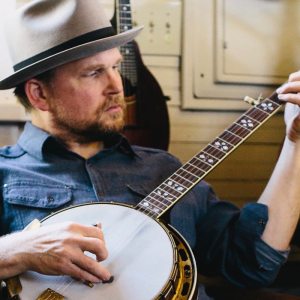 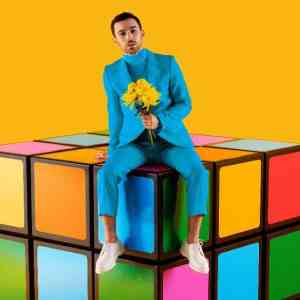