Three out of Five

As their name implies, Born Ruffians aren’t exactly the reticent type. The culmination of a 15-year career, Juice, their new album —and their sixth to date — is bold, brash and decidedly unstrung. The band — singer/guitarist Luke Lalonde, bassist Mitch DeRosier, and drummer Steve Hamelin—create a sound that’s wholly committed to projecting the full passion and power of highly-tuned rock and roll revelry.

The opening trifecta — “I Fall In Love Every Night,” “Breathe” and “Dedication” — affirm that assessment, but in truth, there’s not a single song in the set that doesn’t maintain a punk-like posture in attitude, aptitude or a combination thereof.

Given that status as an off-kilter pop band, Born Ruffians find cause to vent frustration while also finding reason to celebrate infinite possibilities borne from making choices and taking chances. Not that there’s always cause for optimism; “I had a dream and you weren’t there/Please wake me up from this nightmare,” Lalonde wails on “Hey You,” ironically the giddiest sounding track on the entire album. So too, “Hey You,” the song that follows, adds a touch of sobriety to the album’s otherwise tumultuous tone. The hushed refrains find them cooing rather than carousing, a motif that carries through to the rest of the record.

In fact, the songs come towards the end of the album opts for nuance over the noise heard before. “Squeaky” is cloaked in the guise of a soft serenade, while “Hazy Wave” is, as its title implies, a wordless cascade of sounds given over to ambiance and atmosphere. The final track, “Wavy Haze” is more a cool caress, with hushed harmonies that shine through with a kind of ethereal glow.
Ultimately though, Juice reveals itself only after repeated listens. If Lalonde has issues with the world at large, he does a good job of masking them through ramshackle refrains. Consistency doesn’t count for much, but that may indeed be the point. Juice is a refreshing reminder that it’s better to sound a bit unhinged than to always be so common and consistent. For their part, Born Ruffians serve up all of spontaneity their spirited style allows. 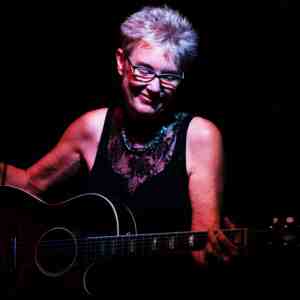 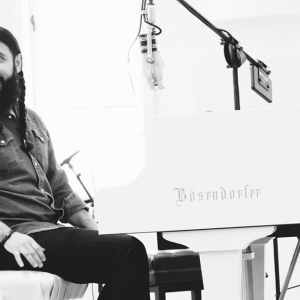