We had the pleasure of interviewing Ramsey Elkholy of Monotronic over Zoom video!
​​​​
​​What if an intrepid backpacker with an adventure-seeking gypsy spirit bounced back from nearly a decade of globe-trotting – which including forays into the jungles of Sumatra and a year bouncing around India – decided to return home to the concrete jungle of NY with the aim of creating new music?
​​
​​Well, the music you would hear would sound something like Monotronic…It is music that defies genre and is nearly impossible to categorize, yet somehow there is a common thread that can be traced back to its brainchild.
​​
​​Led by anthropologist and musician/producer Ramsey Elkholy, the New York-based collective pillage dancefloor-ready grooves with impressive instrumentation, verging on virtuosity, while staying rooted in eloquent songcraft. Since emerging in 2016, Monotronic has maintained its status as a ponderous and provocative enigma. Boasting an impressive pedigree, the rotating cast of musicians have either shared the stage or recorded with the likes of Joe Jackson, Robert Randolph, The Spin Doctors, and Dweezil Zappa, to name a few. In addition to performing at iconic venues around New York City, the band has also graced the bills of festivals such as Disc Jam and Meeting of the Minds. Following the release of their self-titled debut album in 2019, the crew garnered looks from Hype Magazine, Rock Cellar Magazine, Grateful Web, and other music-minded publications.
​​
​​Ultimately, the music remains as intriguing as the life of its creator.
​​
​​“I traveled pretty consistently for most of my 20’s, lived in other countries, and have always tried to stay open to new experiences,” he says. “Later as an anthropologist, my research interests led me to the jungles of Indonesia, where I lived for two years, mostly taking notes and observing the people I was living among, basically trying to be a fly on the wall. That is something that will always stay with me, that curiosity of the world and other people.”
​​
​​These experiences filter through the songs of Monotronic. Completing a Ph.D. at the University of Manchester, he later turned his thesis into the book, Being and Becoming.
​​
​​Settling back in New York, he made the crucial decision not to pursue academia, but instead to focus on music, which led to the release of the band’s self-titled debut album in 2019.
​​
​​After the cycle behind the first album, Ramsey decided to shift gears, focusing less on playing gigs and more on recording and songwriting, which led to a series of upcoming songs and videos to be released starting this summer with “Kids of Summer.” On the track, a hypnotic beat gives way to swirling ambient pulse as thought-provoking lyrics percolate to the forefront. A danceable groove hinges on glaring riffs and a chantable refrain.
​​
​​“In terms of inspiration, I was listening to a lot Berlin electronic dance music and some Burning Man sets on YouTube,” he states. “It’s got an upbeat vibe that feels right for summer, but also speaks to the times, in terms of all the youth energy we are seeing out in the streets, which I think is leading to real change.”
​​
​​With three more singles slated to be released in the following months the skittering production of “Just Another Day” flutters alongside unpredictable lyrics scrawled in the aftermath of an Ayahuasca retreat in Peru. “When the morning came around, I pulled out my phone and started frantically texting the lyrics in my little notes section,” he recalls. “I had those lyrics in my phone for two years and had completely forgotten about them… until one day the music came to me and I was able to connect the two.”
​​
​​The pensive and poetic “Buy Yourself A Dream” turns inwards. “It’s a song that reflects more on the journey than the destination,” he says. “We often miss out on the best parts of life when we put too much focus on material goals. That’s the basic gist of the song.”
​​
​​Meanwhile, “Livin’ In A Lie” illuminates another side of his storytelling. “It’s about a guy who is enjoying the freedoms of the single life, until he meets a girl and falls in love,” he elaborates. “In the end, the girl breaks his heart and changes him forever. He goes back to his single life but is no longer able to enjoy those freedoms he once cherished as a bachelor, but he deceives himself nonetheless and pretends to be happy.”
​​
​​In the end, Monotronic translates unbelievable experiences into undeniable art. Put on your headphones and lose yourself on this journey with Ramsey and Company.
​​
​​We want to hear from you! Please email Tera@BringinitBackwards.com
​​ 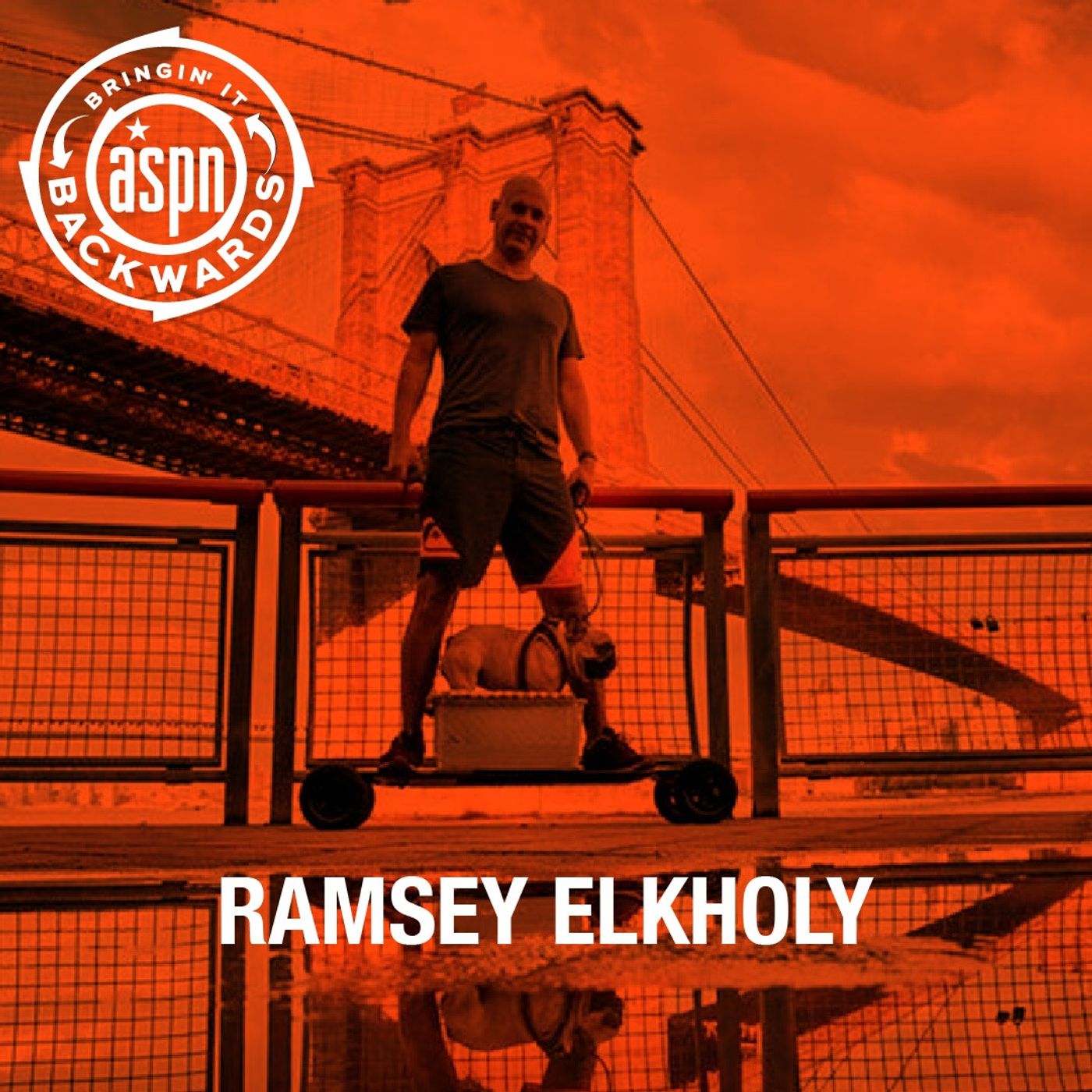