We had the pleasure of interviewing Devon Gilfillian and Illiterate Light over Zoom video!

Alongside the news, the artists have also announced a special ticketed livestream event, to be broadcast from Nashville on release day – Illiterate Light and Devon Gilfillian: Live

While the duo and Gilfillian were originally scheduled to be on the road together at this time, they look forward to celebrating the release of their collaboration with fans during this special evening. Featuring two 40-minute sets from each artist, the show will conclude with a finale featuring the live debut of “Freedom.”

We met Devon backstage at the Newport Folk Festival in 2019 and hit it off immediately. We crossed paths so often on tour in the following months that it just made sense to do a collaboration and full US co-headlining tour the following year. The dates were all planned for Fall 2020 and we had studio time booked in Nashville for the three of us in March, but it all came to a screeching halt with the initial outbreak of COVID-19. As everything around us shut down, we forged through and wrote “Freedom” together on Zoom, finished the recording from our home studios without ever stepping in the same room, and now we are finally getting together to play it live, streamed from Brooklyn Bowl Nashville + Fans.com on Friday, November 13th!

Tickets are available for purchase now on a donation-based system, with GA tickets available starting at $10. Fans who wish to donate $40 or more will be entered into a giveaway for a guitar signed by all artists. The special edition Epiphone electric guitar was purchased from a local record store in Illiterate Light’s hometown of Harrisonburg, VA – continuing the strong support the duo has shown and encouraged for local shops and music stores during these tough times.

At the top of 2020, the duo was named to NPR’s “Slingshot Artists to Watch,” with the outlet highlighting the duo’s “energetic live shows,” during which the two play “a full band’s worth of instruments.” NPR also highlighted the group in their “Best Songs of 2019 (So Far),” declaring their single “Carolina Lorelai” to be “an explosive mission statement from a band that’s here to stay.”

Alongside critical acclaim from Billboard (“a reverent and downright hypnotic experience”), Uproxx (“arefined vein of My Morning Jacket / Band of Horses-style Americana”), and Relix (5 Artists You Should Know), the album was also met with success at radio – with multiple tracks off Illiterate Light cracking the Top 10 of the Adult Alternative (AAA) charts.

The duo kicked off a North American headline tour at the end of January – playing to sold out rooms in Washington DC, Philadelphia, Boston, and an enraptured crowd at Brooklyn’s Rough Trade. This followed heavy touring in 2019 with Rainbow Kitten Surprise and The Head And The Heart. High-energy audio and video from these headline shows were released throughout 2020 as part of the duo’s “In The Moment” live series. While the series began pre-lockdown, it took on significant meaning in recent months, becoming a tribute to the power of the live performances and the community formed during the duo’s shows, leading SPIN to declare: “The promising Virginia-based duo has an ambition that is promising at a time when rock needs it.”

Devon Gilfillian’s debut album, Black Hole Rainbow, was released by Capitol Records earlier this year. It includes his top 5 AAA radio hit, “The Good Life,” a rallying cry for inclusion. Streams of “The Good Life” skyrocketed after Gilfillianperformed the song on“CBS This Morning Saturday.” The collage-style lyric video for the song incorporates images that Gilfillian captured in Nashville over the summer, during the BLM protests.

American Songwriter hailed “The Good Life” as “[a] soul-soothing ode to finding peace and beauty in life.” The Tennessean hailed Black Hole Rainbow as “one of the best albums released this year, period.” The album also won a spot on Iowa Public Radio’s list of “The Best New Albums (So Far) Of 2020.” The New York Times said, “Devon Gilfillian, a soul songwriter based in Nashville, made his formidable debut album, ‘Black Hole Rainbow,’ with Shawn Everett…warping vintage sounds toward something deep and strange.”

Gilfillian performed the national anthem at NASCAR 2020 on the day they banned the Confederate flag. He also recently launched The Good Life Fund, which supports organizations that are doing good in the world, including Give A Note Foundation and Rebuilding Together Nashville. Gilfillian has played numerous festivals, including Newport Folk and Montreal Jazz. He has supported such artists as Mavis Staples, Grace Potter, Local Natives, Lauren Daigle, KALEO, Michael McDonald, Chaka Kahn, Keith Urban, Gladys Knight, Brothers Osborne and Michael Franti & Spearhead 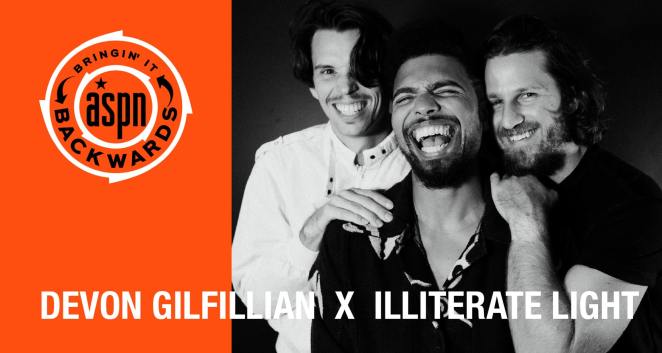 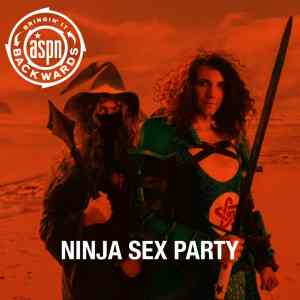 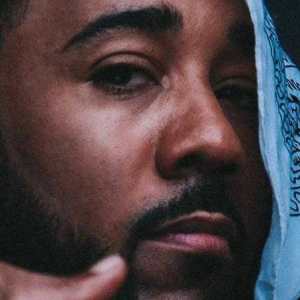