For Los Angeles-based rapper, Problem, growing up in Compton wasn’t easy. But to help assuage the often-dark realities, the future emcee kept something special in his metaphorical back pocket. Problem (born Jason L. Martin) spent the first few years of his life in Würzburg, West Germany before moving to Southern California. As a result, he always knew the world was bigger than his house or neighborhood. His mind was always in some ways on something else, reaching, trying to grow proverbial branches elsewhere while keeping roots at home. Today, Problem has achieved these aims. The rapper, who has worked extensively with famed artists like Snoop Dogg and Terrace Martin, will release his latest record, Coffee & Kush Vol 3 (The Finale), and episode two of his documentary series, A Compton Story, before the end of the year.

“When you’re from the inner-cities, they don’t teach you about travel, teach you about worldly things,” says Problem, whose father was in the military at the time of his birth. “But I never had that outlook. I always knew there was something bigger than my block or my street. Recently, last year, I went on tour and I got to visit Germany and I thought, ‘Wow, this explains a lot of who I am.’”

When he was born, Problem says, his parents were still relatively young. So, they would throw parties with friends in their free time. This was the 80s, so their young son would pretend to sing and dance like Michael Jackson for his parents and their friends. His father had a nice, big stereo setup with echo machines, mixing board and other accouterments. The bourgeoning artist, always inherently comfortable around electronics, would DJ for the gatherings, knowing the perfect songs to play at the perfect times even as a youngster. Knowing that music had this draw, Problem got into it as an adult to court the fairer sex. But later it consumed him.

“I had my child,” the artist says. “Financially, things weren’t working out. Everything collapsed at the same time. So, I said, ‘Man, I’m just going to get lost in this music and see what happens.’”

Problem “locked himself in a closet” and taught himself how to engineer, mix, produce and function with expertise on his modest recording equipment. He dove into the rabbit hole. But instead of going mad as a hatter, he developed newfound skills that he’s continued to develop ever since.

“I’ve always been interested in electronics,” Problem says. “My father had that stereo system and we had these big electrical things around the house. We’d take them apart. It was fun, like a big puzzle.”

When Pro Tools came out, Problem had no issue with the digital systems. He picked it up quickly. With each development and each verse or track, Problem gained creative momentum. In 2001, he met the now-famed producer, Terrace Martin, who would later go on to co-produce the music-changing record, To Pimp A Butterfly, and the two collaborated. Martin, who’d just met Problem that first day, gave him a production tip that raised Problem’s eyebrows. When he left, Problem thought, Who was that guy? They’ve been musically joined at the hip ever since, inspiring one another with new songs and ideas.

“I love the freedom of music,” Problem says. “The fact that I can go in a room and create something out of air – that’s amazing to me.”

Ever since those early days, Problem has released 19 mixtapes along with countless singles. He also produces a CBD coffee, created a popular podcast where he interviews celebrities like Nick Cannon and DeMar DeRozen. He’s worked with Jamie Foxx, Pharrel, Nipsey Hussle, Childish Gambino and John Legend. His resume reads like a laundry list of dreams achieved. But none of this may have transpired if it wasn’t for well-timed and heartfelt words of wisdom from Snoop at a time when Problem was nervous, struggling on a verse for the rapper’s next record.

“He came in and said, ‘Hey cuz, if you wasn’t supposed to be here, you wouldn’t be here. Throw caution to the wind. You’re going to be one of the best, act like it. I need you to be you.’ Delivery and attitude is what sells. We all use the same words, you know? It’s just how you say them. His genius was stopping everything and giving me that game. And I’ve repeated that same thing to so many people since.”

Problem, whose first-ever check in music came from that Snoop song, acknowledges that he’s made big changes in his life. From those years when he couldn’t provide for his family or maybe he wasn’t making all the right choices to today when he’s excelling as an artist, businessman and family man. He credits is wife for a lot of his success, too. They’re partners each step of the way. He hopes his example can show the next generation they can do it, too. That there is a lot to life and they can manifest their own sonic groves.

“You can be as big as you want to be,” Problem says. “Somebody told me that if you get writer’s block, you’re getting ready to lie, so you might as well go home. But if you’re really trying to give people your truth, you should never run out of material.” 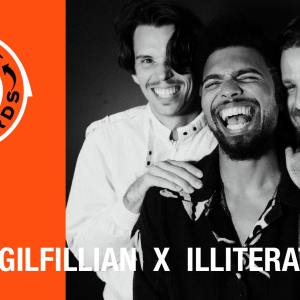 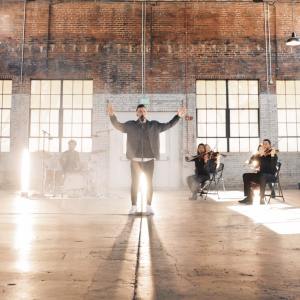