We had the pleasure of interviewing Jeff Whalen from the Maya Hotel in Long Beach!

**This interview was recorded prior to the COVID-19 pandemic**

As the guiding member of the glitter punk band Tsar, Jeff Whalen was well known to connoisseurs of bubblegum-flavored power pop. The band released two records in the 2000s before the music industry chewed them up, then after some recovery time (and a brief reunion) Whalen went solo. His debut album, 2019’s 10 More Rock Super Hits, was a poppier version of the already sticky-sweet sound of Tsar.

Whalen first hit the music scene as the singer, guitarist, and songwriter for Tsar, a quartet from Los Angeles who formed in 1998. Along with guitarist Daniel Kern, bassist Jeff Solomon, and drummer Steve Coulter, Whalen concocted a sound that was equal parts Cheap Trick, the Monkees, and Guns N’ Roses. His knack for writing bubblegum melodies, then singing them with a knowing wink as the band thundered along caught the ear of record labels, and after a bidding war the group signed with Hollywood Records. After enlisting the production skills of Grammy winner Rob Cavallo, the band delivered their self-titled debut in 2000. The album was an exciting, hook-filled modern power pop record that nobody bought, despite (or perhaps because of) the band’s subsequent opening slot on a Duran Duran tour. The group released a promo-only EP in 2001 (King of the School) and then, due to label politics, nothing.

They continued writing songs and recording, finally winning their release from Hollywood in 2004. After some lineup changes (Chuck Byer replaced Steve Coulter in mid-2004, Derrick Forget replaced Jeff Soloman in early 2005), Tsar released Band-Girls-Money for new label TVT in June 2005. It was a spikier, more hard rock-influenced record and it met the same fate as their first album. The band decided to take a break and it wasn’t until 2010 that the original lineup got back together to play some shows and record an EP, The Dark Stuff, which was released in 2012. They also released a split 7″ with the band Killola that year.

It wasn’t until 2018 that Whalen re-emerged as a solo artist. Working with producer Linus of Hollywood plus a small cast of musicians including the Dollyrots, Tsar drummer Steve Coulter, and Os Tyler of the Aahs, Whalen recorded a batch of songs that took Cheap Trick at their power poppiest as a guide. The recording process was crowdfunded and the resulting album, 10 More Rock Super Hits, was going to be self-released in 2018, but the Supermegabot Music Concern label stepped in and issued it in early 2019. 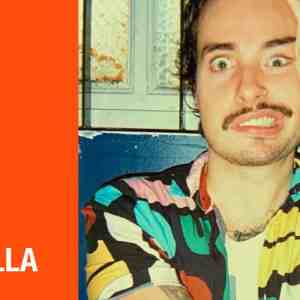 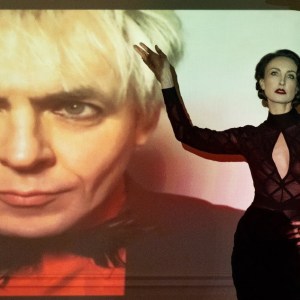