We had the pleasure of interviewing Karl Michael over Zoom video!

“If there’s one thing you need to know about me,” says Karl Michael, “it’s that I never give up. Ever. I’m as persistent as it gets.”

If Michael’s improbable life story isn’t proof enough of that, just take a listen to his extraordinary new single, “Highs And The Lows.” Stirring and soulful, the track showcases the British-born songwriter’s remarkable gifts as both a craftsman and a performer, mixing addictive hooks and slick, mesmerizing production with soaring vocals and deep, probing lyrics. Recorded in Michael’s newly-adopted hometown of Nashville, TN, it’s a mature, philosophical slice of R&B-tinged pop, one that takes stock of the rocky path that’s brought him from the depths of despair to the heights of success and right back down again more times than he cares to count. See, Michael’s already written with some of the biggest names in music and penned massive hits for plenty of other artists, but now, he’s finally ready to do it for himself, and the result is some of the most honest, vulnerable, and captivating material he’s ever created.

“I hope my career can serve as an example,” Michael says. “I truly believe that anything’s possible if you want it bad enough and you’re willing to put in the work.”

Growing up in a rough neighborhood, Michael relied on that resilience to beat the odds and break from the cycle of crime and poverty that surrounded him. At 16, he struck out on his own for Nashville, where a family friend had offered to help him get a fresh start. When he landed in the States, though, Michael found himself singled out by a customs officer who was suspicious of his status as an unaccompanied minor. Despite possessing the appropriate paperwork, he was detained, questioned for more than five hours, and eventually handcuffed and forcibly sent back to England.

“I couldn’t believe it,” Michael says. “I was devastated. But I wasn’t going to let it stop me.”

Back in Britain, Michael picked up a job working at McDonalds to make ends meet while he reassessed his future. Obsessed with films and movie stars, he’d always dreamed of becoming an actor, and when a friend tipped him off about open auditions at the Midlands Academy of Dance and Drama, it seemed like a golden ticket.

“I had no training in the arts whatsoever, and I certainly didn’t have the money for school, but I went and auditioned anyway,” Michael remembers. “They wanted to see some acting, so I did a scene. They wanted me to dance, so I did the worm. They asked me to sing, so I walked over to the window, spit out my gum, and sang them a tune. When I opened my eyes, I had a full ride scholarship.”

As a youngster, Michael hadn’t been exposed to a whole lot of music, but at school, it became his singular obsession. He fell in love with rap and grime and soul and R&B, and he supplemented his natural gifts with a fierce work ethic. As much as he loved performing, though, he found the school to be an imperfect fit (he remembers some of the more well-off students mocking him for having to work part-time at the local co-op), and so, after six months, he set out on his own again.

Michael didn’t realize it at the time, but he was about to begin a long, strange odyssey through all the promises and pitfalls the music industry had to offer. Over the course of the next decade, he would land not one, but ​two major label record deals, only to watch them both fall apart before they could even get off the ground. He would make more money than he’d ever seen in his life, only to wind up broke again, sharing a cramped one-room apartment with a sibling while tending bar and handing out flyers to pay the rent. And he would become a star on one of the most popular singing shows on UK television, only to find that the success left him feeling lonelier and more depressed than ever before.

“At the end of the day,” Michael explains, “being in some label-made band or singing someone else’s songs on TV, that’s just not who I was. I realized I had to be true to myself as an artist and a songwriter .”

So Michael returned to the studio, where he continued to collaborate on a variety of projects while he plotted his next moves. Some of his tunes became major hits for other artists—“Can We Dance,” which he wrote with Bruno Mars, racked up more than 81 million streams on Spotify for The Vamps, while “Beautiful Me” amassed more than 16 million plays on YouTube for Dappy—but all the while, he knew he belonged onstage himself, and when he landed a deal with global publishing powerhouse Primary Wave, he leapt at the chance to finally get to Nashville.

“Nashville absolutely saved me,” says Michael. “Everything about the place was so inspiring to me as a songwriter, and every time I had to leave, I was plotting how I could make it back as soon as possible.”

It was on one of those trips to Nashville, which Michael now calls home, that he began penning material for himself, writing a series of intoxicating singles (starting with “Highs And The Lows”) that would land him his first record deal as a solo artist, this time with breakout label Riser House. Recorded with all-star producers Jon Levine (Dua Lipa, Alessia Cara) and Scott Spock (Rihanna, Britney Spears), the new tunes were undeniable pop gems, hinting at everything from James Arthur and Musiq Soulchild to Maroon 5 and Sam Smith as they reflected on the emotional rollercoaster of Michael’s personal and professional life. The minimalist “Wait A Minute,” for instance, grapples with the last gasps of a crumbling relationship, while the rousing “Beautiful Creature” celebrates the power of love in all its forms, and the throbbing “Explicit” and funky “Tunnel Vision” playfully navigate the minefields lust and desire. Each could be a radio smash on its own, but taken as a collection, they reveal the evolution of an artist who continues to grow stronger and more intuitive with each and every song he writes.

“I’ve given other people hits,” Michael says matter-of-factly, “but it’s my turn now.” Persistence, it seems, pays off. 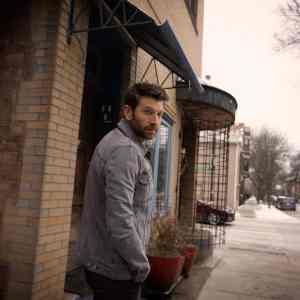 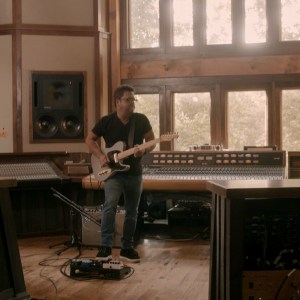