We had the pleasure of interviewing Ratinoff over Zoom video!

Creativity burns like a flame. Fueled by inspiration it only grows bigger, bolder, and brighter. Inspired to blaze his own trail, Ratinoff ignites a scorching sound independent of border and genre lines. Fusing highly personal subject matter with ‘80s alt-rock sounds and energy, his debut album teems with an incendiary, infectious, and inimitable spirit of its own.

Once a budding Latin pop star with acting credits to his name, Joaquin Torres made waves with a pair of explosive singles which amassed over half a million YouTube views. The stage was set for a big change though. In 2019, activating a 360-degree reinvention, Joaquin legally changed his name to Ratinoff, adopting his mother’s surname. He also received a second baptism as an adult at St. Bart’s church in the SF Bay Area.

The experience dramatically overhauled his creativity. “Right before I took a trip to Mexico to write music I had my baptism,” he recalls. “Everything came out of wanting to do something different. It was important for me to be baptized again and turn the page on the next chapter. I was always close to my mother, so the name Ratinoff just felt right. I started weeping tears of joy during my baptism. Amazing things happened afterward. It was a rebirth of a lot of things.”

Ratinoff’s spiritual renewal in the wake of his baptism crystallized his musical perspective like never before, and he found himself reaching back to a time before he was born to draw on influences ranging from Joy Division, to New Order, Billy Idol, and The Cure. This newfound direction carried over into the studio with collaborator and producer Aldo Munoz, with whom Jay developed a simmering signature style.

“This is everything I always wanted to do musically, ” he explains, “This feels new because of the approach,” he exclaims. “It was all about being open, unique, and experimental. I was thinking in terms of the song, not in terms of me. I have undergone an awakening, which has essentially been a lifetime in the making.”

The new songs, which will be unveiled in mid-2020, churn with driving bass and drums, and sinewy synth and guitar lines, over which his rich baritone spins tales of love, loss, and living in the modern world; think Ian Curtis meets Robert Smith, with a dash of Billy Idol. As an intro to the tunes check out Ratinoff’s unique insight into the writing of a few of them.

“RUN AWAY” is probably one of the songs that stands out the most on my mind. I remember listening to the Sex Pistols album Never mind the Bollocks, and also another song called ”Beginning of the End” from a Punk band called ‘The Cockney Rejects, and it triggered me to want to write “Run Away”. I do not know if those lyrics were in some way connected to what I was living in at the time, but definitely old frustrations coming out. The Making of the video for was pretty bizarre, we shot it in my bedroom during quarantine while going off on my guitar and my amplifier. It was very crazy watching my bedroom in such a mess, because I am very clean and organized, despite my rebellious attitude.

“FAITH” – It is a little bit hard to talk about this song specifically because it reminds me of people that were constantly letting me down. All I think of when I wrote the song is that I was extremely sad. I had wanted to put a band together with a group of my friends, and the drummer decided to just not show up at all and just disappear. Worst part is that I thought we were close friends.

I think it is the first song I wrote that is empowering in a way, that even if I feel the worst in my life, I can still come out of the darkness. Really nothing was working out for me, I tried to be in a cover band, and I was always getting replaced. And rightfully so, I suck at singing other people’s music, or songs. I think that is why I inevitably started writing my own songs. I am not the best singer/songwriter, and I am not the most skilled at all, but I just go for it. It is a very spiritual song, almost like wanting to come out of the darkness. And in a funny way…. I did.

“I NEED IT” – Last year, 2019, I started going to Church from Monday to Friday, as a spiritual type of ritual to make me feel better. I kept running into this girl that had been in my school when I was in middle school. I always had a crush on her, but nothing ever happened. In one of the moments, she recognized me, and I pretended I did not know who she was, but immediately I was like: ”oh Hi, yes. How have you been”? Since I had been moving a lot since I was 12 years old, I did not get a chance to really cultivate deep meaningful friendships, or relationships. I kept running into her in church, but she would always sit close to the front, and I was always sitting in the back. I avoided her as much as I could, and I felt that she was doing the same…I know she was. I couldn’t help it, and in one of those moments, when I went back to my house I sat down and wrote a song about my experience with her. 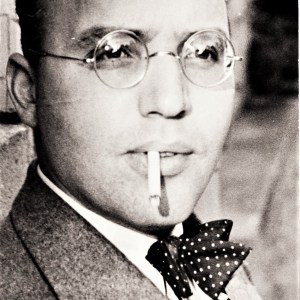 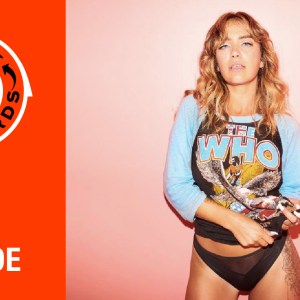