We had the pleasure of interviewing Skyxxx over the phone!​​

​​East Coast-born and Orlando-based rapper Skyxxx unveils his music video to his new single entitled “MADHOUSE”. Always the life of the party, Skyxxx‘sdeft wordplay recalls a crazy night out that ends at a hotel with a dead body. “MADHOUSE” stands out as the title track of his forthcoming EP, MADHOUSE, set for release this summer on Warner Records. ​​

Skyxxx capped off 2019 with singles “Chicken Dinner,” a collaboration with EDM powerhouse Party Favor, and “Hot Boy.” This year, Skyxxx gifted fans with a string of new tracks exclusively released on Soundcloud and Audiomack—namely, “ALOT”[feat. 458KEEZ], “SHE A FREEK”[feat. NELL], and “OUT HERE” [feat. WIFISFUNERAL]. Additionally, he has garnered widespread critical acclaim from Orlando Weekly, RESPECT Magazine, and more. Of the MADHOUSE EP, UPROXX predicted, “It is sure to be a true representation of the creative monster he is.”​​ ​​

Dropping infectious rhymes and flaunting fashion-forward fatigues, Skyxxx pushes a punchy new paradigm for hip-hop on his debut for Warner Records. Of Dominican descent, the New York-born and Orlando-based rapper went from corner battle rapping as a kid to earning early viral success with “Bangk”in 2013. A string of independent solo projects followed, including the And Then The Moon Fell and the Sixxxty EP. 2018 saw him turn up on Hellbound Radio, which Elevator proclaimed, “a captivating composition from the enigmatic young MC as he continues to elevate his sound.” In 2019, the momentum ramped up further with a deal from Warner Records and high-profile collaborations, such as Slushii’s “Run Up The Block” and”Chiken Dinner” with Party Favor. Skyxxx made his formal debut with the incendiary and irresistible single, “Hotboy.” Over a sparse beat, he vaults from gruff and nimble verses into the hypnotic hook. Fusing timeless bars and 21st-century swagger, Skyxxx ultimately builds what he calls “the bridge of classic rap and the new era.”​​ ​​ 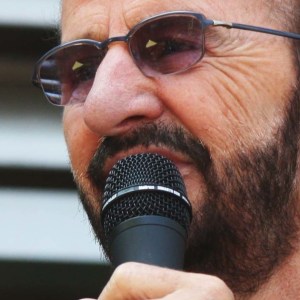