We had the pleasure of interviewing Matt Golub of Splitstep over Zoom video!

At its core, Splitstep is guitarist/singer/songwriter Matt Golub and drummer Daniel Carrillo. Together, they are creating a musical collective by inviting a rotating cast of musicians and vocalists to join them in the crafting of their original music.

For “The Shoulder” singer Ashlei Brianne joins Golub as the twosome seem to effortlessly blend their vocals in this vulnerable and honest song.  Also lending their musical chops to the song is Andy Sydow on piano, Kevin MacKinnon on bass, and of course Daniel Carrillo on drums.

“When people hear this song, I want them to understand the “me too” movement from two different perspectives. Understandably, it is difficult for any woman who has experienced trauma with men in the past to open up and be comfortable with a new man in her life. At the same time, however, there are good men living in this new progressive world that are struggling to gain trust in a new, budding relationship. I certainly have had times where I see so much potential in a new relationship, only to have it plagued by the woman’s past experiences with men. I wrote this song to give a voice to the people who struggle and try so hard to gain trust from someone that they care about. I hope this song and its music video illustrates a story that every modern, single person can relate to” – Says singer and writer Matt Golub.

When he is not writing and recording, Matt is a medical student at the Anschutz Medical Campus in Aurora, CO. Daniel (aka BeatmasterD) is a well-known drummer in the Denver music scene who lends his talents to a variety of music projects. 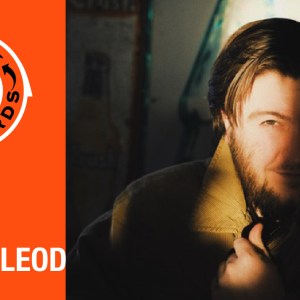