From `Songs of Isolation, ‘ written, recorded and released during lockdown in America, 2020

We are proud to bring you “Keep The Lights On,” by Dane Clark. From the recently-released album, Songs from Isolation, a song cycle written, recorded and released all during this time of pandemic. This one is a song for now and all time. It’s a prayer to God to keep the lights on in our world.

A gifted singer-songwriter and multi-instrumentalist who has released six of his own acclaimed solo records, Dane Clark has also been gainfully employed for 24 years as the drummer for John Mellencamp, both live and in the studio. But starting in March of 2020, the pandemic arrived and this  long season of lockdown commenced. All tours, gigs and shows were canceled. For the first time ever, he had to file for unemployment.

But he wasn’t derailed even slightly. He got to work writing and recording new songs. But not as some lightweight diversion. He immediately started writing about the subject at hand. The pandemic, the imposed isolation, and its real impact on real people.

“This song’s message is totally real from the singers and players,” he said “I’d been out of work five months. This is indeed a harsh reality of the times, and a plea for help. It’s not a bunch of millionaires singing about the downtrodden, it’s a cry out from people in the music business fighting to stay afloat financially and spiritually. Regular folks trying just to keep the lights on.”

He embraced the solitude, as songwriters do, and kept the faith by making music.  He wrote fifteen songs in all, eleven of which comprise Songs from Isolation. Even in isolation, he made this album with a spirit of inclusion. Instead of playing all the parts himself – and he’s one guy who could do that well – he created a great remote team of musicians, and honored them all. His daughter Abigail Clark, also a singer-songwriter, is on the track and in the video. As is his friend Jason Sturgeon, and also the legendary John Sebastian, who plays harmonica.

Working out of the basement studio of his Indiana home, the songs poured out of him. Although he didn’t intend to make an entire album, that’s what happened. It’s the first album written and recorded and released during this pandemic time in America and the world. Featuring special guests John Sebastian as well as Dane’s daughter Abigail Clark, also a gifted singer-songwriter, it’s an album he said helped him endure through this dark time.

Working on Songs From Isolation, he said “basically kept me sane for the last four months. I wrote fifteen songs (11 of which are on this album). I’ve had lots of writing spurts through the years but none like this. I had something I wanted to say and I had nothing to get in the way of saying it.”

“As a working musician,” he said, “I had plenty of free time. So the writing, singing, arranging, drumming, all of it was my daily job. I wasn’t getting paid, but I had to do it. It got me through the day everyday.”

“Songwriters write about the world they are living in, and this is our world now. I feel like I had to do it, and I’m sure glad I did.”

DANE CLARK:  “it’s about something to believe in. When times get the hardest for those people who are really struggling, just keeping the lights on is at least scraping by. Another day and hopefully another meal too.

“These were my thoughts as I was writing this song. My daughter Abigail, who is featured singing with me,  literally could not pay her rent at the time. She had lost her job and for some reason even after going through the proper steps she never received unemployment, and still hasn’t actually. So I was writing about her and also myself.

“I wasn’t sleeping well for quite a few months and had anxiety about the future. And I still do, as do most people I’d imagine. So I thought a prayer was what was needed. A prayer to heal a divided nation, a prayer that we will all get through this somehow regardless of race, religion or political beliefs.

“Abigail has done missionary work in foreign countries and has strong Christian beliefs as do I. Those beliefs have helped us get through the most challenging time in our nation’s history. And I continue to pray that the Lord will keep the lights on in our world.

“This song was written in early April and we recorded it shortly thereafter. I recorded a scratch piano track, a drum track and my lead vocal at my home studio. Since we were all recording separately in our studios, it was a lot of back and forth. I sent what I’d done to Troye Kinnett first to get a proper piano track. Once I got that back I sent it to Randy Melson to play bass.

“Next I sent all of those parts to Erik Scull who played multiple guitar tracks, then back to Troye for the organ. Next Abigail sang her tracks at a friend’s studio (we were still socially distancing and we had only visited outside from six feet away).

“At that point we had an open intro and solo section. We let the song sit for a while. I contacted John Sebastian to play on a version of `Sitting In Limbo’ and he had so much fun he said he’d be up to play on some other tracks. The addition of his pleading harmonica made the song complete and I mixed it at my Thundersound Studio.

“The video was done using iphone cameras, everyone in their respective studio or place of choice. Our sincere wish is that it will touch people and affect them in a positive way. We need positive right now. More than ever before.

Keep The Lights On
Words & Music by Dane Clark

Keep the lights on, dear Lord in my home
Run out of money, I’m worn down to the bone
Sure ain’t sleepin’ too much these days
Table stacked up full of bills I can’t pay

Keep the lights on, dear Lord in my heart
Help me to stand up, don’t let me fall apart
My faith’s being tested for sure
The world’s barely breathin’ and you are the cure

More bad news everywhere I look
Comfort found reading your good book
Peace you bring to your faithful few
So many good pairs of eyes that still can’t see, can’t see you

Free the crowded minds, fill the empty souls
Touch the open arms with no love to hold
Lift the able hands with no work to do
Open the good pairs of eyes that still can’t see, can’t see you

Keep the lights on, dear Lord in my dreams
Give me hope Lord, that this ain’t as bad as it seems
For those much more desperate than I
Give them mercy and grace and the strength to get by 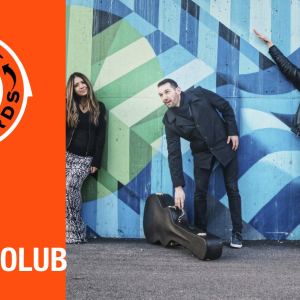 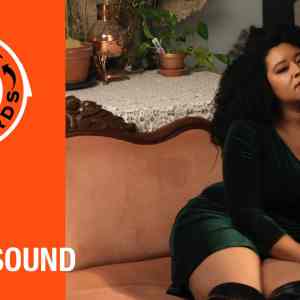