Together with American Songwriter, we had the pleasure of interviewing William The Conqueror over Zoom video!

Acclaimed UK band William The Conqueror released their new album Maverick Thinker on March 5th through Chrysalis Records. The first single, “Quiet Life,” is a charming, slow-building lament that broadens out like a rolling landscape with a fuzz and crunch that gets toned down for something altogether more reflective.

Of the new single, frontman Ruarri Joseph stated, “With ‘Quiet Life,’ we wanted to step outside the sound of the trio and build some walls, add some layers for this one. It’s a trippy, fuzzy wander down someone else’s memory lane, so we went cinematic.”

Maverick Thinker was recorded out in LA (alongside producer Joseph Lorge) at the legendary Sound City Studios right ahead of last year’s March lockdown, and put the band behind the glass and treading the same carpet as Nirvana, Johnny Cash, Neil Young, and Fleetwood Mac. A cursory listen to this new record suggests they might well have inhaled the spirit of them all. But to compare them with the greats does the West Country’s William The Conqueror a disservice for they sound unlike any of the above. These are slinky, swampy rock ‘n roll songs, razor sharp, dripping with the blues and an oft sardonic vocal delivery by Ruarri, the band’s songwriter chief and lead vocalist. Written in the English countryside, it’s made for sticky basement bar room stages where they dare to come alive with a vision of bigger rooms and broader stages. Taking that zest to tape has lost none of that fervour.

William The Conqueror first began teasing new music last year with “Wake Up,” a gorgeous slice of laissez-faire college rock that sits somewhere in a disorganized melee between Pavement, Speedy Ortiz, and Built to Spill. The Times named it an Essential Track and called it an “agreeably low-slung piece of alt-rock.” It was followed by their previous single “Jesus Died A Young Man,” a song the band described as a rejection of “bad teachers and good faith.” Clash Music called it “guitar pop of real depth and nuance.”

Across ten tracks, Maverick Thinker introduces this British band to a wider audience who crave something with a little darkness around the edges and melodies that reverberate for weeks. It’s part three of a trilogy that really doesn’t require prior knowledge of parts one and two, but should whet the whistle to investigate backwards into a tight back catalogue where the songs do all of the talking.

At the tail end of 2020, William The Conqueror also quietly launched a self-titled podcast series. Written and narrated by Ruarri, it’s an audio book about a fictional, yet part autobiographical, musician trying to make ends meet, trying to be seen and to be acknowledged, and trying harder still not to care. It’s funny, wise, daft, endearing, and often melancholy. Charmingly naïve and wincingly relatable, it’s a fun listen, and whilst it’s not devised as an accompaniment to the music (nor vice versa), it’s a fine package by a fiercely creative group. New episodes are released weekly, listen to the podcast HERE. 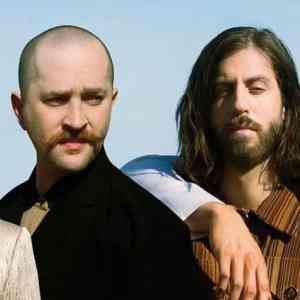 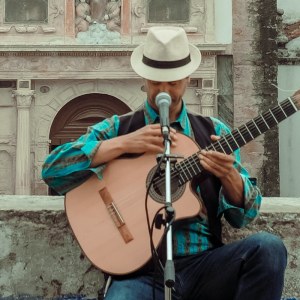