Early in my career, I wrote a song Called “She Stopped Living The Day He Died”.  It was about my grandfather, who passed away in his early 50s, and my grandmother, who struggled to enjoy life for the next 25 years.

It went on to tell about the beauty parlor and the grocery store he would take her to each Saturday since she didn’t drive.  It was detailed, specific and very well crafted.  I played it for my family.  They cried.  They KNEW Ed and Minnie and they were moved by the story because they knew how true it was.

I was so excited to turn it in to my publisher!  I sat watching him as he listened to it.  When he finished listening, he wiped a tear from his eye.  I knew I had him.  Then, he shocked me with his response.  “That’s the saddest crap (to paraphrase) I ever heard.”  I was crushed, but he went on to explain to me that my song was WAAAY too personal and that most people would not relate to it.

He said, “You have to find the universal truth in your song ideas, not JUST your personal truth, if you want to be commercially successful.”  That one statement was a revelation for me.  Artists are trying to engage millions of people with their music. They (nor their fans) are really interested in a song about my grandmother and grandfather unless it helps them connect with their own personal truth.

Kim Williams, my publisher, challenged me to find the universal truth behind “She Stopped Living The Day He Died”.  So, I went to work. What I came up with was this:

“Sometimes losing someone makes you feel like YOU have died”

I worked hard coming up with that statement, because I felt it was really the essence of my grandparent’s story and I wanted to honor them by writing a song that millions could enjoy and relate to.

So, I began to work on song titles that could express my universal truth in the most relatable way possible.  I settled on the title “While You Loved Me”.  I wanted to write a song that celebrated the life the singer had with someone while, at the same time, acknowledging that losing that person felt like dying.

I took that idea to Kim and Danny Wells on a writing retreat and we wrote “While You Loved Me” in about an hour and a half.

If I ever write, the story of my life don’t be surprised
If you’re where it begins
Girl I’d have to dedicate every line on every page
The memories we made while you loved me

I was born the day you kissed me
And I died inside the night you left me
But I lived, oh how I lived
While you loved me

This song got a much better reception than “She Stopped Living The Day He Died” for a number of reasons.  It wasn’t morbidly sad.  It included the bright spots of the relationship.  And it also zoomed out in such a way that anyone who had ever lost someone could relate.  Our verse was about losing a lover.  You don’t know if that lover died or left the singer.  That keeps things open.

The real power in the song is in the chorus.  That chorus can work for anyone who has ever lost someone they lover under ANY circumstance.  That allows almost everyone in the world to relate.  And, they did.

“While You Loved Me” became my first top ten song with Rascal Flatts performing it.  And it went on to sell over a million records.  I have to believe that Ed and Minnie were smiling down on me when they saw what their love story inspired.

So, I pass along the Kim Williams challenge.  Take some of your own “very personal” songs and search for the universal truth behind your personal truth.  And see how many great songs those personal truths inspire.

I’m continually amazed at what I discover when I look behind the curtain of my own experience and start exploring how other people might relate to my experiences.  Finding that human connection and commonality with others is one of the greatest feelings for a songwriter.  When I see an audience, whether it’s 10 people at my songwriter night show or 60,000 at a Rascal Flatts concert, singing along and being moved by my song, I know I’ve done my job.

Not only have I done a job, I’ve connected with other people on a deep level.  And human connection is what being a songwriter is all about.

Photo by Quaid Lagan on Unsplash 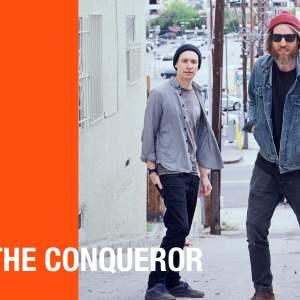 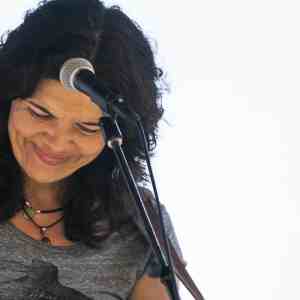