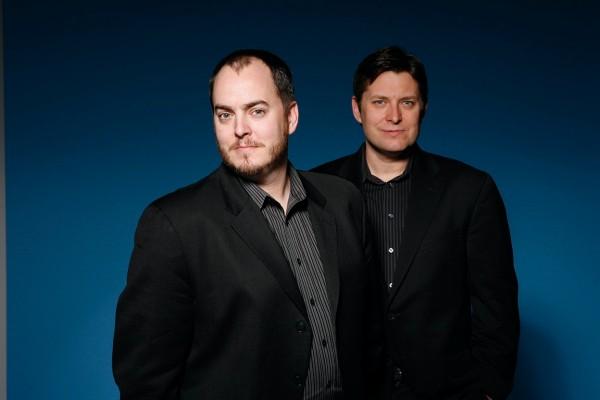 In today’s bluegrass world, brother duos are a dying breed, which makes the gifted, close harmony-singing Gibson Brothers—who came up in the ‘80s, not the olden days—a rarity. And a bluegrass group with two strong singer-songwriters in it is almost unheard of, which puts prolific Leigh and Eric Gibson in a class by themselves. Not that the brothers limit themselves to the style fathered by Bill Monroe. Folk, country, Americana and rock flavors show up both in their writing and their taste for Tom Petty, Tom T. Hall, Gordon Lightfoot and Kieran Kane covers. The Gibsons have a new album called Help My Brother on the way, and it’s well-stocked with originals and the kind of classic brother duets they cut their teeth on.

From the time you started making albums, you were already writing more than half your material. Were you singing and playing together before you were writing songs?

Eric: Yeah. Leigh and I grew up on a dairy farm in upstate New York. It was really a very rural area. I had never been anywhere, really, until I got out of high school. We just didn’t go places. We played baseball or I’d go to a local fiddle contest, things like that. But we were pretty sheltered. We had each other and we grew up playing together. But we’d been playing several years before we started trying to write songs. I think I started writing about my senior year of high school. Very little exists from those days. There weren’t very many keepers. But you have to start somewhere. I knew early on that I really enjoyed being able to sing something that I felt was mine. I really got a charge out of that, and my brother was the same way. By the time we had a band going in the early ‘90s, one of the guys who plays music with us—his name’s Junior Barber and he’s a great dobro player—he really encouraged us to write. He said, ‘That’s where you get your identity as a band, is doing your own songs.’ Even if some of our early efforts weren’t very good, they were at least ours.

It’s not that typical to have a group in bluegrass that writes, especially a group that has two songwriters.

Leigh: I have the most admiration for guys who write bluegrass songs that sound fresh and new and they have three chords. It’s a tough thing to do, I think. A lot of the themes that were addressed by [Bill] Monroe when he was writing these tunes and guys in his band were writing these tunes, that world doesn’t necessarily exist anymore for a lot of people. …I found that I needed to write about things that I new about firsthand. That was a good lesson. Because I tried to write these sort of general, sweeping things to try to connect with multiple people, and I sort of met failure with that more times than I met any kind of success. So as I’ve gotten older, I’ve decided to write about what is important to me, and hopefully other people will relate to it.

In the early 2000s, you started noticeably branching out from bluegrass-style songwriting.

Eric: There’s a reason for that. We had come off the road for a few years. After we won the Emerging Artist award from IBMA [International Bluegrass Music Association] we made a stab at country music. We were naïve enough to think maybe we could help spur another new traditional movement. We liked what Ricky Skaggs had done in the early ‘80s, and he’s a hero of ours. He produced a country record of ours. It’s never come out. That just opened up our minds to trying to write different things. We started playing with a drummer here and there and we just started writing songs with different feels to them than we had in the past. It was more wide open. And then when we decided, ‘Well we’re not going to be country singers. Bluegrass is where we’re home.’ We brought some of those songs with us and we tried to play them on bluegrass instruments.

Leigh: When we were writing songs before, we were writing them for a band—a four-piece bluegrass unit—that we were touring with and recording with as well. So I think by stepping out of that sort of identity for a little bit, it freed us up and reminded us that we’d grown up listening to what I think amounted to incredible country radio at the time. Rodney Crowell had a whole slew of number one records, and he was a huge influence on us. The songs that Bob McDill wrote for Don Williams, for instance, we heard all of that stuff, and that was as big an influence on us growing up, even before we started playing music—it was a bigger influence than, say, Flatt & Scruggs or Bill Monroe or the Louvin Brothers.

Was it that period of trying to do the country thing in Nashville that inspired you to look outside of bluegrass for songs? You’ve covered some of the cream of the crop of singer-songwriters in folk, country and Americana.

Eric: I have to say back in the ‘90s, if it wasn’t bluegrass, I wasn’t listening to it. …I was very workman like. I thought, ‘If this is what we’re going to play, we should be listening to the masters and that’s all we should listen to.’ I was kind of a jerk about it, really, looking back. But during that time I started listening a lot to Tom Petty. He’s such a hero of mine. I got into Buddy Miller and Steve Earle and more Americana guys—Chris Knight. I’d discover somebody like Dale Watson and Leigh’s been a Kieran Kane fan forever, because we were both O’Kanes fans. They’re such good writers. It made us look at our own writing and say, ‘We really need to hone what we do and make every word count.’ I’ll think I’m a good writer and then I’ll hear a new Tom O’Brien song and I’ll say I still have a lot of work to do. By the way, we got to write with Tim on our new record. That was a dream come true to get to write with him.

Do you think there’s something about your brother’s songwriting that makes it identifiably his?

Eric: We did a songwriting workshop the other night and somebody asked him who his favorite writers were and he mentioned Mark Knopfler: ‘I love that there’s a lot of history in his songs. He pulls from history.’ And I got to thinking, ‘Boy, Leigh, you do the same thing.’ I might be more of a heart writer; he might be more of a head writer.

Leigh: I think if you’ve listening to us for a number of years you can sort of tell when it’s one of my songs or one of his songs that we’re doing. …I’m not really sure if I can really put my finger on it. I can say Eric’s heart is on his sleeve and his personality shows through in his songwriting. I don’t want to say he’s an emotional guy but, you know, he’s very heartfelt. And I’ve been sort of accused of being maybe a little bit colder, and I don’t mean to be. It’s sort of my nature that I don’t react to good news or bad news with much difference in temperament. So I think Eric’s songs address themes that maybe I wouldn’t address as directly.

For the upcoming album, it seems like you returned to your roots by doing some old brother duets.

Eric: You’re right. As we were getting close to doing this record it seemed a few songs popped out that we did years ago that for some reason or another we’d never recorded. We’ve always loved Jim & Jesse. And we were saying, ‘How come we’ve never cut a Jim & Jesse song?’ And we’re big Louvin Brothers fans. In fact, when we were first starting out we had so many people say, ‘Oh, you must love the Louvin Brothers.’ We’d just kind of nod our heads like ‘Yeah, they’re great.’ And we didn’t know who they were. And then somebody gave us the Bear Family boxed set of the Louvins and we dug right into them and we love them. 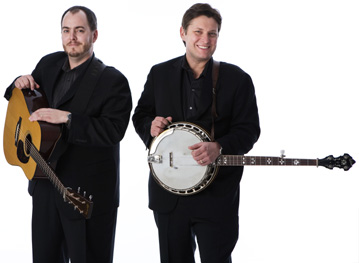 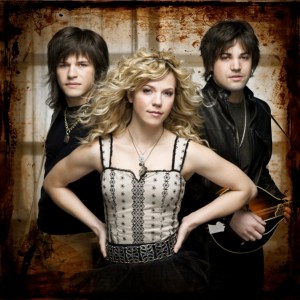 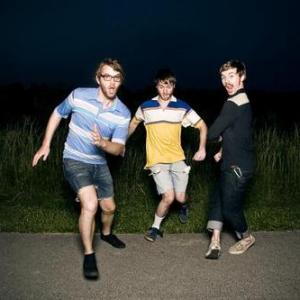