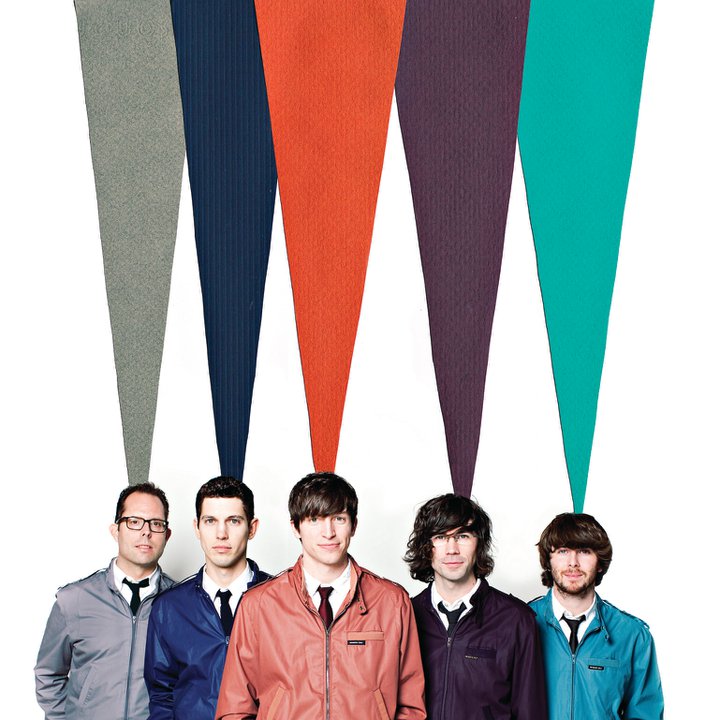 Judging by the instruments The Farewell Drifters haul around—acoustic guitars, mandolin, banjo, fiddle and upright bass—you’d expect a far more bluegrassy sound than the one they make on their excellent new album Echo Boom. Primary songwriters Zach Bevill and Joshua Britt, lead guitarist Clayton Britt, fiddler Christian Sedelmyer and bassist Dean Marold have arrived at a lavish, layered pop sound that almost definitely owes more to Pet Sounds than it does to Bill Monroe. And the self-aware, coming-of-age lyrics and musical intricacies are no small part of it.

The band are set to release Echo Boom on June 7 via Thirty Tigers (pre-order it here). Get an exclusive first listen to the album’s bonus track, an excellent, slightly bluegrassy cover of Simon and Garfunkel’s The Only Living Boy In New York,” below, and check out our Q&A with the band.

It hasn’t been that long since your last album, Yellow Tag Mondays. But every facet of what you do is more intricate—the parts, the arrangements, the songwriting. What areas did you really focus on developing?

Bevill: I think that on this album… all these songs that we wrote we were sort of stretching ourselves stylistically. And we were listening to a lot of different kinds of music. And I think that we just sort of let our guard down even more in terms of who we are as a band and just kind of let everything in. And this is what came out.

Could you give a specific example of how you stretched yourself stylistically?

Bevill: I think specifically we started to mess around with straight down strokes on the acoustic guitars a lot more. It’s kind of a driving rock thing. We did that a significant amount on this album. So when we started kind of toying with that and working it into what we’d already been doing, that sort of stretched the limits of what we were doing.

Britt: Yellow Tag Mondays, it was like five guys who really all played electric guitars and things like that before all learning how to make mandolins and banjos and violins sound kind of like what we wanted to sound like. And with this album, this was so easy. It’s like, ‘Well we’ve figured it out now.’ …It sounds more difficult, but for me every song was way easier this time.

It’s not that Yellow Tag Mondays was necessarily a bluegrass album, but compared to Echo Boom it came a lot closer. Were you aware of the new direction you were heading songwriting-wise?

Britt: From a songwriting perspective, when I was writing songs for the first album I felt like I was trying to go for something. And this album it was just like, ‘Well, let’s just write a song. Forget about “Is this gonna be on the record?” or “Is this gonna be good enough for the Farewell Drifters to play?”’ …It used to be I would worry. I would write a song and I would be like ‘Well, that’s a good song, but how are we gonna put a banjo on this song and make it work? …I should just save this one if I ever have a rock band or if I ever have a barbershop quartet group or something.’ There was none of that on this album. We pretty much went for everything. There are songs that are kind of doo-wop songs on the album. Those are some of my favorite moments that would’ve never passed before.

How do you write smart pop songs for an acoustic band with really hot players in it?

Bevill: We’re still trying to figure it out.

Britt: When you have players as good as Christian, and like my brother [Clayton] is just a prodigy guitar player—he always has been—it’s easy to write songs that don’t include them at all.

Bevill: Because most pop songs don’t have a prodigy guitar player showcased in them.

Britt: On Yellow Tag Mondays, those were the limitations. It was like, ‘Well, we have these strengths: We have this fiddle player who’s really good and we have this guitar player who’s really good. And then I’ve got a song that I think is really good. How do we make them all [work] together?’ …But on this album I think we’ve just done it so much, been on the road together so much, that I hear things that my brother does on guitar and I’m like, ‘That’s awesome for this song.’ It doesn’t have to be a big raging solo or anything. …Sometimes on this album he’ll spend a whole song doing harmonics, and those are harder than anything.

You can hear important parts being played on the instruments.

Bevill: And I think that that’s what’s so cool about us being songwriters and being able to take our songs to the band, is that they do add things that become signature elements of the song. And it’s not just that they’re gonna take some hot solo after the second chorus. You can use instrumental prowess to enhance and create a mood that we already kind of started with a song.

I get the sense that you didn’t begin this album with a theme and title already in mind. What inspired you to take the writing in this direction?

Britt: Well when we thought about our music around that time, it was this huge period of trying to define what is our music. That’s really important when you’re trying to find your audience, what you can do in your show and what people want in your show. We were trying to figure out…beyond genre, what is the difference in us? If we’re a bluegrass band, why are we so different than pretty much every bluegrass band? …The biggest thing we found was who we are as people. That really encouraged us to just sort of be ourselves. People seem to be okay with us being ourselves is kind of what we discovered. We don’t have to go out and be a bluegrass band; we don’t have to go out and be a rock band and blow their faces off. A lot of shows we’re playing side by side with some indie rock kids, and then other shows we’re playing side by side with some old flatpicker guy. It was working both ways. We discovered that being ourselves was what people were okay with, not trying to be either one of those things. On this album, both the Baby Boomers and kids our age it’s like we both relate to that.

How did you determine what the album is really about?

Britt: Opening up is what this album’s about, the attempt to open up, and the feeling that you never can open up enough. As people, that’s how we feel a lot. I feel like this band, we have the desire to open up with each other and open up with people, but…maybe with the exception of Christian who knows everybody in the world and is a very open person, we’re always very introverted people.

And when we go anywhere we’re in a van with each other. And we write songs with each other. It’s just like whenever we try to go outside of that, it’s so much easier to go back in. This album, there’s a lot of that, even in relationships where it’s like ‘I want to be there, but I’m not.’ I can go to this band and write a song and work up a song and get that feeling in that easier than I can show it in real life. That’s how we feel a lot on this album.

Are arrangements something you think about at all in the songwriting process?

Bevill: There’s definitely a difference between Josh and I as writers. When I write, I kind of have the arrangement, at least an idea of it, sort of rolling around in my head as I’m writing. Sometimes I come to the band with kind of specific ideas of what I hear happening in a song, and sometimes I’m right and sometimes I’m wrong. Sometimes it totally doesn’t work the way I thought it would. But sometimes it does. …I usually like to bring songs where I have it pretty well—at least I think I have it pretty well figured out in my head. Whereas Josh is a lot more in the moment. He’s a lot more comfortable bringing something that’s a little more raw, a raw idea and sort of fleshing it out with the band or with me when he’s teaching me to sing it. We wrote together a lot on this album.

Britt: Yeah that was a big difference.

Bevill: We’d done it a little bit, but we did a lot more on this album. I think we’re getting to know each other even more and getting more comfortable with making music together, and also less guarded about our songs. Because songs can be pretty personal. You can get kind of this feeling of ownership over what you’ve created where you don’t want to let somebody else into the creative process, in terms of writing. But I think we really kind of opened up on this, as we were writing this record, and saw each other’s strengths. I really see Josh’s strengths as a songwriter now and I hear a song that I’ve written and I hear that it wants—like, I want to know what he thinks about it and what he would do to it to change it.

What do you feel you each bring to the table as songwriters? Are there identifiable fingerprints?

Bevill: Josh’s lyrics are better than mine. I think they are. I love his lyrics.

Britt: I think that Zack is very good at taking a huge idea and being able to put it all into perspective and finish it and have like fifteen different elements running through it and this really Brian Wilson effect of there’s a million things going on in his head but he sees the big picture of a song. Whereas I’ll bring this poem and then this crazy harmony idea that I like and then some mandolin weirdo thing that I really love. And I’m like ‘Here’s the song.’ And he’s just like ‘Okay, how’s it gonna start?’

Bevill: Josh is the most creative person I know. His creative spark inspires me and I feel like I kind of have this level-headedness about me that’s kind of boring sometimes, but maybe it turns into a strength when you have somebody as creative as Josh. …It compliments each other in the process. 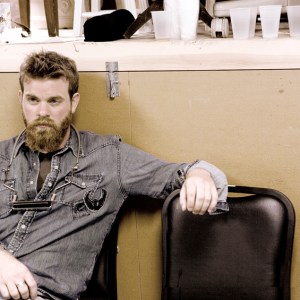 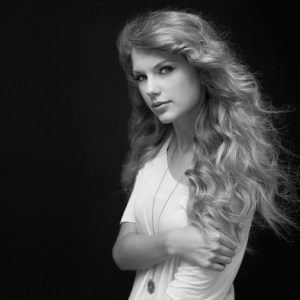