No one can accuse veteran pianist Hornsby of resting on his laurels. He’s a musical moving target, as unpredictable and eclectic as Neil Young, if not quite as prolific. From collaborations with artists as diverse as the Grateful Dead and Ricky Skaggs to solo concerts that mix pop, Celtic, rock, folk and jazz with classical and work augmented by his own talented band of diverse musicians the Noisemakers, Hornsby is the stereotypical restless artist.

To his credit, he long ago abandoned interest in crafting rootsy, Americana-style singles like the few that made him an unlikely mid/late-’80s MTV (probably more VH-1) presence. Rather, nearly 35 years and 20 albums into his winding career, Hornsby continues to challenge himself and whatever remains of his audience.

Whenever an artist compares his music to that of (avant-garde composer) Steve Reich meets Prince, as Hornsby does for first single “Voyager One,” be prepared to wade in uncharted waters. That’s immediately clear as the opening title track kicks off with legendary drummer Jack DeJohnette’s swinging beat underpinning a minor key ballad which also includes string orchestration, the latter a highlight of other tunes. Things get even weirder as you read Hornsby’s lyrics, part of which are “Memory, identity, on another self-plane/And you will be sustained (with cryopreservatives)/Robotize, enzymes, nucleotides, in time/Vitrification,” which he sings in his comfortable everyman voice.

Each of the 10 tracks takes the listener on a side trip far off whatever main road Hornsby fans might be expecting. Melodies twist, turn, tumble and curl around similarly oblique concepts adding loops, “17 or so violins and violas,” the classical collective yMusic (with flute, trumpet and clarinet) who also worked with fellow pianist Ben Folds, “John Cage prepared piano samples” and even a song with vocals from Justin Vernon that apparently contains elements of the O’Jays’ ’70s soul classic “Back Stabbers.” On the pounding piano-driven “The Blinding Light Of Dreams,” yMusic’s unusual instrumental charts spiral around the licks and Hornsby’s baffling lyrics that concern “the secret nightmares of our town.”

It’s a fascinating ride as Hornsby incorporates jazz, classical, R&B, avant-garde and peculiar folk elements into a program that’s as offbeat, sometimes dissonant, and relentlessly creative as anything he has fashioned, which is saying plenty. Even with the multiple instruments and influences pulling and tugging, Hornsby’s comfy vocals and tasteful production ground music that might otherwise fly off into any one of a number of tangents, and still threatens to. While the concepts are often incomprehensible, they are fascinating in their oblique, iconoclastic eccentricity. Hornsby is clearly chasing after something here, and even if his destination is fuzzy, it’s never boring or bland. The disc is only 42 minutes long, but he’s pushing the envelope in so many directions, you’ll likely get dizzy playing this through for the first time. Regardless, there’s enough of a method to his madness for those open minded enough who enter this occasionally dark, always circuitous musical tunnel to enjoy, or at least appreciate, the ride. 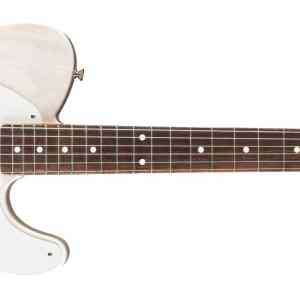 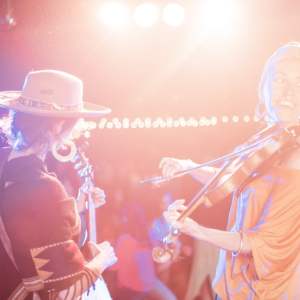