Die-hard Bush fans often recall Sixteen Stone as the group’s conquering work, but now may hear a potential rivalry with the coming of The Kingdom. Bush’s eighth studio album presents as a modern-age merge of early Bush with a harder spin and enduring momentum.

The album hits the ground running with the single “Flowers on a Grave” followed by “Bullet Holes,” which was featured in the action film John Wick: Chapter 3 – Parabellum.

Mingled into the 12-song track-list are “Slaves” and “Blood River.” The former opens with an ambient chorus-pedal guitar effect before crashing into the chorus, ignited by frontman Gavin Rossdale’s one-line chorus, anthem-style lyrics. Without missing a beat, the record dives into “Blood River,” a riff-based song with a circular chorus pattern, pedestaled by Rossdale’s contrasting vocal melody. It is probably the most Rossdale-like song on the album due to its fragmented lyrical concepts, which really have very little association or cohesion on first listen. But, as Rosedale admits he is frequently less inspired by something and more often just opens his mouth, it’s pretty understandable that the lyrics wouldn’t follow a narrative or traditional composition and instead present as first-person emotive lines, strung together.

The title track becomes lost positioned next to songs like those aforementioned tracks, but offers radio-worthiness with nu-metal-style open riffs that are leveled by softer vocal melodies. Mid-album is “Quicksand,” a solid transition point on the record that sets the continued pace, about Rossdale’s struggles with long-term relationships. Winding down the album, eight tracks in is the ballad “Undone.” The call for a slower tune adds some dynamic relief to the record but does slow the energy.

In the least amount of words: The Kingdom is a healthy and dynamic record, leaning toward a heavier sound that is majorly consistent. And Rossdale’s piecemeal, emotive style of songwriting serves the record well, leading with heart and less structure or obligation.

Check out the smartlink to pre-save, pre-order and get ready to experience The Kingdom. 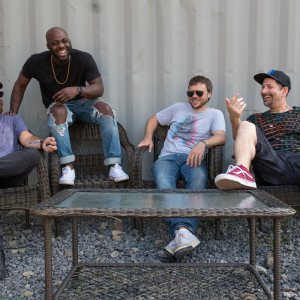 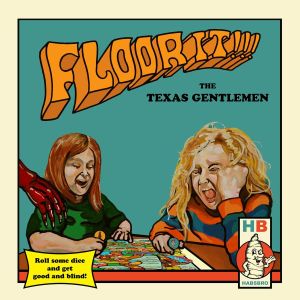