The first 10 seconds of “Out of Love” serve as a fantastic introduction to the hi-fi funk world of Montreal’s Busty and the Bass. Between the smooth trumpet line, the grooving drum machine and the swirly, ethereal keys, one can begin to discern the uniquely rhythmic, energetic and contemplative nature of Busty and the Bass’s sound. Add in the brilliance of Macy Gray’s vocal feature and you start to see while the release of this single is such an exciting event.

Debuting June 24, the song is the second single off the band’s forthcoming sophomore record, which is due later in 2020. Just like the first single — the bombastic “Baggy Eyed Dopeman,” which features living legend, George Clinton — “Out of Love” is an embodiment of Busty and the Bass’s infectiously funky songwriting talent.

“‘Out of Love’ started as a beat our trombone player was making,” saxophonist and vocalist Nick Ferraro told American Songwriter. “He was actually trying to remix one of our older songs in a cool, weird way. He sent me some beats, including that one, and said ‘hey, if you feel like messing around with writing vocals, here are some beats that I have.’ I loaded it up on this app on my phone called FourTrack where you can record little ideas over a song and stuff. I went on a walk with this remix playing and started recording myself humming along to it. I got to the chorus and the melody just kinda came out, which spurred me to write the rest of the song pretty quickly. Then we screwed around a little bit with horns and brought it to the guys.”

From there, the song blossomed into the prime cut of juicy, delicious tune that “Out of Love” is today. This, of course, was considerably augmented by Gray’s appearance on the track. “We have had this very mild online rapport with her for a few years,” Ferraro said. “She actually first noticed us after we worked up a cover version of ‘I Try,’ which she retweeted. We played it a bunch of times live and it actually became a song that we would close shows with. Then, we were thinking about features and our producer was like, ‘yo, what about Macy? We can probably get in touch with someone on her team.’ So we reached out and she was down! We didn’t expect her to be down, but then we lined it up.”

After facing various logistical setbacks, the band and Gray eventually determined that the best course of action to make the timing of a recording session work was to just have Gray record with their producer while the band was on the road. “She did it with our producer when none of us guys were there, which was really disappointing but she still nailed it,” Ferraro said.

The ‘guys’ Ferraro referred to are his Busty and the Bass bandmates, all of whom have been friends and musical comrades for some time. Initially meeting in 2011 as first-week students in McGill University’s jazz program, the band has spent the last decade building a formidable following and forging a deeply rewarding musical connection.

“We were all forming our musical identities,” Ferraro said of the band’s early days. “Being around each other during that period allowed us to influence each other. It wasn’t like a high school band origin story where we all learned our instruments together — we all already knew how to play, but we were still finding our identities.”

That opportunity to concurrently develop their musical identities — and personal identities — allowed for Busty and the Bass to craft an artistry unlike the vast majority of their peers in the world of horn-based funk music. One fine example of this is the band’s embrace of meaningful lyrical expression and vulnerability.

“Anytime we can be vulnerable with our own feelings, we give people permission to feel these things and know that they are not alone,” Ferraro said. “Because I was trained as an instrumentalist first, it was a big hurdle to become vulnerable with lyrics — lyrics were kind of this thing we came to later. We felt like ‘vulnerability’ was expressed in ourselves through our instruments. When we first started writing, it was hard to be vulnerable lyrically because it takes practice. We all came from a similar background — I wasn’t writing cheesy love songs when I was 14, I was playing saxophone.”

Continuing, Ferraro outlined how getting in touch with this creative openness spurred a wider, more philosophical realization. “We have this idea of what society calls ‘growing up’ — being mature, being successful,” he said. “But, when you think about it, it’s not really a goal that I agree with. We squash our emotional ranges and make everything smaller, which results in things like playfulness or vulnerability getting stripped away.”

To counter this, Busty and the Bass began to explore new audiences and creative energies. “The biggest thing is: don’t lose the kid,” Ferraro said. “No matter what you do, just hold onto that. We hit this age and we think, ‘oh, I’m supposed to be responsible now’ — we should get what that word really means. It’s a very narrowed vision of work or self-efficiency in very external capacities, but ‘responsible’ is also emotional maturity and all these things that come with that. Kids actually know better than us. Kids are willing to express and are not afraid to be vulnerable — they are generally just not living so much in fear.”

More concretely, the band began exploring this by launching a series in which they gave performances at public elementary schools across North America. “We started that about 3 years ago this spring,” Ferraro said. “It just felt right, it felt rewarding. We realized that just one afternoon of showing kids something different — really bringing an element of ‘play’ into music — can make a huge difference. Music, above all, is supposed to be play. We literally call it ‘playing’ an instrument. In very few other vocations can you use that word. But, in the way music is taught, we lose that. It’s taught in a strange way and it’s often underfunded or not funded at all. So, being able to bring in any glimpse of music into a school that doesn’t have it is really important. But additionally, to bring in a glimpse of music that isn’t just this concert band is really important; it gives kids a more accessible path to music. The way it is now, we’ll take 11-year-olds or 12-year-olds who really don’t know that much about music and give them a clarinet before they can even clap a rhythm or experience singing with somebody in harmony. We forgo the simple rudiments of what music is — we are just giving them a clarinet and are like ‘okay, here’s ‘Hot Cross Buns.’’ So, it’s fun being able to come in and make it a playful environment. So yeah, whether it’s giving them a glimpse of it that they never had or a different angle on it that they haven’t received in their music training, I think that’s really important. Hopefully, we brought something to the kid — and importantly the administration — which lets them learn how to value something a little differently.”

While this performance series shined a light on the shortcomings of the educational system and left an impact on kids across the continent, perhaps one of the more profound takeaways from the whole experience was the impact the kids left on Busty and the Bass — most things are two-way streets and this is no exception.

“I realized this concept kinda boils down to our understanding of our own worthiness,” Ferraro said. “From a really young age, we are instilled with this concept of these end-goals and this idea of ‘I am worthy when ____.’ Like, ‘when I graduate, when I get an A, when I get the job, when this person loves me, when, when, when.’ There are so many ‘whens.’ When everything is done right, you can take out the ‘when’ and let things be beautiful for their own sake. I can be beautiful for my own sake. And that was just the biggest thing that hit me getting to do this school experience. So many of us are just trying to run around to feel worthy when we already are.”

While the band’s forthcoming sophomore record remains in the ‘TBD’ category, Ferraro hinted that the album dives deep into these themes… which is very exciting! Between their two singles and their lush canon of songs and performances, Busty and the Bass has proved to be a formidable act that continues to up the ante. With more intensity, passion and groove than ever before, their new tunes serve as an exemplary marriage between instrumental prowess and lyrical intimacy, leaving us wanting more.

Listen to Busty and the Bass’s new single “Out of Love” below: 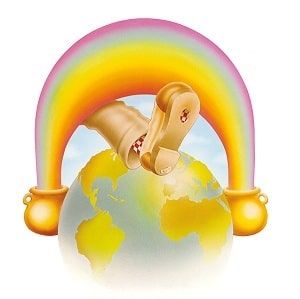 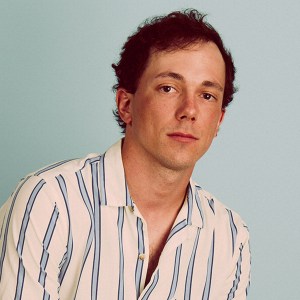