If you sit down to really think about the past events that have taken place in your life, how much of them can you actually remember? Can you recall the entirety of the most important moments and people or only minor details? When Owen Danoff sat down to write his latest track, “Wax Museum,” he thought about his late uncle and realized something about the concept of memories.

“I wrote this song about a month after my uncle passed away. Going through that made me think about all the memories I had with him, then all the memories from my childhood. I noticed I remembered parts of really specific things – like my uncle sitting on the couch reading a paper, or one game of basketball I played with friends as a kid – but the details surrounding them tended to be blurry. I was in a very reflective mood and wanted to try to capture the impermanence of memory – a tall order for a three-minute song – but hopefully some of it came across,” says Owen.

“I wrote this song after a very long stretch of only doing co-writes, for a bunch of different purposes. I hadn’t written anything by myself in months, and I sat down and wrote this in about 30 minutes. It was one of “those songs” that just come to you, which I also hadn’t experienced in a very long time. Writing it kind of felt like opening the floodgates and just letting everything out!”

Owen has a history of adding his own style and flare to music to make his sound more unique to him. After college, he was a contestant on NBC’s “The Voice.” While on the show, he became the first contestant to play bass.

Since the focus of this song is on Owen’s family and old memories, he decided to add a distinctive sound. This sound allows listeners to take a trip down memory lane of their own.

“The track was produced, mixed, and mastered by Mike and Nick Squillante, based on a demo I made.  Between the three of us, we covered all the parts. My favorite aspect of the recording is the typewriter sound we use for percussion – Mike actually played a typewriter, which we thought would give a nice nostalgic feel to the track.  Mike and Nick Squillante are in a band called Running Lights – I also co-wrote a song that they released earlier this year.”

The typewriter sound is a subtle addition to the song, but it helps paint the picture of the childhood memories that Owen is trying to portray in his words.

You can listen to “Wax Museum” down below and if you like what you hear, pre-save it. 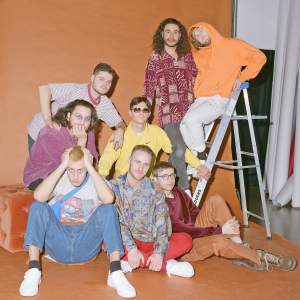 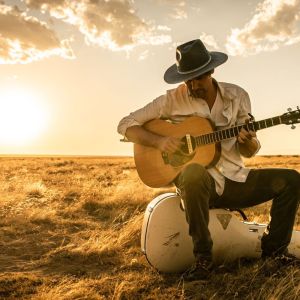