John McCutcheon is best described as a well-traveled troubadour. Both an artist and an academic, his music has always been gleaned from vintage sources. With his new album, Cabin Fever: Songs from the Quarantine, he’s created a substantial set of songs — 18 in fact — that are not only timeless, but topical as well.

Still, this isn’t some lonely lament offered from an outside perspective. The voices shared in these songs are those of people who find themselves deeply affected by the tolls taken by the pandemic and the considerable consequences that have resulted in its wake. Certain tracks — “Front Line,” “Sheltered in Place,” “In Bristol Bay,” and “Six Feel Away,” among them — relate reflect on their personal perils while finding a common connection through them. Not surprisingly, the songs are shared in a stripped-down setting, with McCutcheon providing the vocals, acoustic guitars, resophonic guitars and piano parts entirely on his own sans any other accompaniment. It’s equally impressive that it was recorded in a remote cabin in the mountains of northern Georgia shortly after his return from an abbreviated tour of Australia, and then mixed and completed within the expanse of a mere three weeks.  What initially began as a series of individual songs eventually coalesced into one of the most affecting efforts of his long and prolific career. It’s currently available on his website, www.folkmusic.com, at whatever cost the purchaser is willing to pay.

“I couldn’t just come home and act like nothing’s happened,” McCutcheon recalls. “So my wife and I agreed that what I needed to do was to go up to our cabin for two or three weeks where I could work it all out and stay safe at the same time. So I went up there, just me and my dog, and I decided to write. Some of the stuff was inspired by conversations on the phone, much longer conversations than we usually allowed ourselves to have. I just took a phrase from a conversation, looked at it from a sideways conversation and went with that. My routine involved writing every day, some of it was inspired by those phone conversations and some of it by being with my dog sitting on the porch, looking at all the lights that come up from the little town that we’re perched above. Some of it came from the books I read — a song titled “Monet Refuses the Operation” in particular. The fact that our place is called “Traveler’s Rest” made me think, well maybe I should write a song called “Traveler’s Rest.” It was like, ‘Okay, I don’t care what I write. What do I feel like today?” Stream of consciousness stuff. I’ve been doing this long enough. I know how to finish a song. But most of it was about letting it happened and just being open to it.”

The death of John Prine also inspired a song, “The Night John Prine Died,” which opens and closes the album with two different sets of lyrics. One song, “Bristol Bay, “ takes a traditional tack, similar in sound to an old English ballad as told from the perspective of a fisherman who’s left alone to watch his livelihood flounder and then fail.

“I discovered a long time ago that a first person narrative can seduce the listener into the storyline in a more powerful way than simply sharing it as the narrator,” McCutcheon suggests. “For me, the two key elements are, what’s the story and who is the voice? You can take something that’s part of someone’s story and then hit on an impromptu truth in the process. You don’t enter into an argument. This is the guy’s story and so take it as you will.”

Indeed, with 41 albums to his credit and a lifetime spent in pursuit of his muse, it’s fair to say that McCutcheon remains the proverbial purist. The music he’s made over the course of a nearly 50 year career has always been inspired by the very essence of what folk music has always been about — that is, to allow people to come together and find a common bond in their struggle against strife and inequity.

“I didn’t really figure out how to write decent songs until I figured out traditional music,” he recalls. “Those people that came out of that tradition, like Jean Ritchie and Hazel Dickens, people who tried their own hand at writing, made it sound convincing. It’s like, this can be done, but how are they doing it? It was that same investigative approach that I took when I picked up the fiddle. Let me imitate and then go off on on my own. The mechanics of it became easier and then allow you to get your ideas out there in a much more convincing and hopefully inspiring way.”

That said, it ought to come as little surprise that McCutcheon’s mother was a social worker and both parents were socially aware. Folk music was, as he describes it, a soundtrack for his early upbringing. His first guitar, purchased from Sears and Roebuck, gave him the incentive to perform at the local library. And so, his roots were sown. Weaning himself on Woody Guthrie, he attended St. John’s University in north central Minnesota, not far from the place where Garrison Keillor launched his syndicated radio show “Prairie Home Companion.” When the school allowed him to go on sabbatical to do his research, he had opportunity to actually meet the musicians that were making the archival sounds he found himself drawn towards. When his studies were over, he accepted a teaching position at the University of Tennessee and later became director of arts at Epworth Ministries. Fully engaged in making music of the traditional variety, he performed on the weekends at clubs and coffeehouses in the immediate vicinity.

He would eventually take a position at Southwest Virginia Community College teaching traditional music. It was then that he recorded his first album, aptly-titled How Can I Keep From Singing. Clearly, McCutcheon had a mission. It was to change the way the public perceived traditional music and to define its image apart from the condescending way banjo and bluegrass music were often typecast by the media. During the early ‘80s, he expanded his palette by taking up the hammer dulcimer and showcasing it in a contemporary context. He also became a father, and released Howjadoo, the first in a series of eight children’s albums that aimed to add intelligence and intellect to a style of music many viewed as primitive and uninspired. He also increased the size of his musical arsenal to include guitar, banjo, dulcimer, and eventually, fiddle, mandolin and autoharp.  Johnny Cash called him“The most impressive instrumentalist I’ve ever seen.” From that point on, McCutcheon would make it his mission to keep traditional music present and pervasive. A major presence at leading folk festivals both here and abroad, he took the opportunity to share stages with any number of major musicians in the process.

In the meantime, McCutcheon says that he actually had planned another album for release this year, but when the pandemic hit, those plans came to a halt since he wasn’t able to get to a studio and work with his usual cadre of musicians. Fortunately, he had a set-up that allowed him to record demos from home and then send the files off to his longtime engineer Bob Dawson. Dawson mixed them and made them studio quality so that they could be shared on the website.

Even after a career that’s literally lasted a lifetime, McCutcheon insists that he’s never lacking for inspiration. “Writing songs is a well in which I have a fascination and it never runs dry,” he says. “My inspiration never wanes. They’re like little children that you’ve birthed. After awhile you say, ‘Go out and do your work. You’re not mine anymore.’” 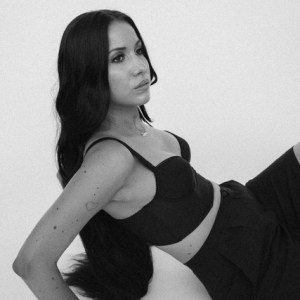 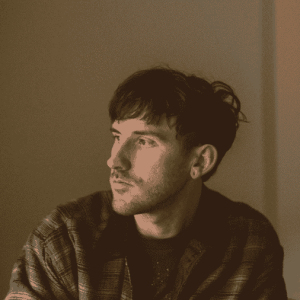