A street artist, leaving his tag all over New York a few months into the pandemic, posed a recurring question in his pieces: ‘Can we still fall in love this summer?’ A heartfelt question in response to a very uncertain time — one that singer Loren Allred wanted to ask too, as part of her debut single, ‘This Summer.’ “My producer, Seul, saw that piece around the city, and he brought that sentiment to the studio,” Allred tells American Songwriter. “And I thought, ‘Isn’t it crazy? We’re all feeling the same way.’”

‘I bet we could fall in love, This Summer, This Summer. Just close your eyes, pretend for awhile, the world’s not on fire, and we’ll be alright.’

Like so many New Yorkers, the 31-year-old was feeling nostalgic for previous summers in New York. “It’s such an energetic and vibrant time of the year where everyone kind of comes to life, and this summer just didn’t feel the same,” she says. “People were just trying their best to make the most of it. I kind of wanted an anthem to embody that feeling that I think we’re all feeling all around the world.”

It’s a feeling that isn’t confined to one season. “The song is called ‘This Summer,’ but it really doesn’t matter the time of year. It’s really just trying to remind people the importance of having a sense of hope,” says Allred. “Just realizing that love, at the end of the day, is what can carry us through all the hard times that we see on a regular basis.”

Allred made a music video to accompany the breezy track in Seul’s backyard — she spent most of the quarantine working with the Williamsburg-based artist and producer. “We didn’t really see many other people,” she says. “We just kind of created this little bubble and had multiple writing sessions, because we were feeling so many emotions. It was really wonderful to have that outlet.”

Allred, whose jaw-dropping delivery of ‘Never Enough’ from the Oscar-nominated and Grammy award-winning The Greatest Showman remainsa stand-out, is used to performing other people’s music. During her 10 years in the industry, she’s been a vessel in different ways, whether on The Voice or in duet with Michael Bublé on “Help Me Make it Through the Night.” These past few months have given her the chance to channel all that she’s been wanting to write for herself. “I’ve had many sessions where songwriters would write for me, and I would kind of introduce concepts or what I was going through at the time, but I never really was part of the co-writing process,” she says. “I really found that finding someone you are compatible with and comfortable with makes all the difference. I really found that with Seul.”

It opened up her to the world of songwriting. “Before this time, I realized that I had listened to music from a mostly technical perspective,” she says. “I went to Berklee College of Music. My parents are classical musicians. So if I was listening to music, I was kind of admiring either the vocals techniques or the music theory involved in song.” Allred also went through a break-up, right as the lockdown hit. “It’s like being in solitary confinement while detoxing a drug,” she says.

Allred had a new atmosphere in which to see — and hear — music in a new light. “It was kind of the first time ever that I was listening to music from an emotional perspective and realizing how vulnerable these artists really are; identifying artists that were going through the exact same thing that I was, and I just really wanted to contribute to that energetic exchange.”

Making the EP, which doesn’t have a release date yet, also cemented something Allred felt during The Greatest Showman experience. “It was all about the voice. And I want songwriting to be about the voice. That’s really what I care about.” Indeed it’s her voice — the impeccable performance she gave — that saw ‘Never Enough’ amass more than 500 million worldwide streams and the soundtrack has gone on to sell more than 1.8 million copies in the US. “It changed my life, that song,” she says. “I expect it will follow me throughout my whole career and I’m so grateful for that.”

For now, Allred is feeling her way through the next part of her career. The subject of the songs on her debut EP are about relationships — and empowerment within relationships. “I’ve had a lot of epiphanies about myself; about what I want, what I need, what’s healthy, what’s not. And each song I feel is so relatable about the crossroads you come to in relationships,” she says. Recording her EP has allowed Allred to find a sense of clarity during this time, and she hopes it will help others too. 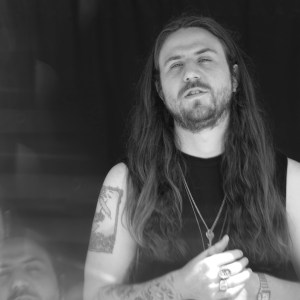 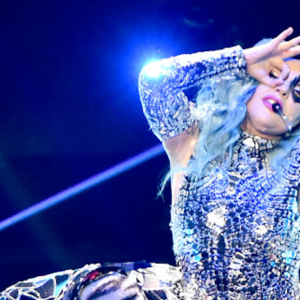