Less interested in explaining his music than he is playing it, Sam Morrow is a reluctant musician. Not as invested in explaining where his influences come from as he is just presenting the facts and letting the music do more of the talking, he mixes Swamp blues with East L.A. funky tonk without worrying about why he does it. But that’s just as well as his cross-genre’d songs don’t need categorization… and he likes it that way. Adventurously intricate and oozing of bluesy swagger, his new single “Round n’ Round” is so steeped in the Southwestern Blues tradition that you can feel the humidity rising from its guitar licks. His West Coast strut too is firmly in place alongside the bootprints of Jade Jackson, Little Feat, and Jaime Wyatt… funky yet confident.

Unencumbered by the burning world around him, he just wants to play his music. “We took this swampy East L.A. vibe and used it to remind us that no matter what’s going on around us, the world keeps on spinning,” he says about his single with detached insignificance.

Raised in Texas but now residing in SoCal, Morrow naturally draws from both cultural hotbeds. “Being away from home [in Texas] has led me to make an effort to stay connected to it in what I do,” he explains. “At the same time, I take influence from a lot of the music that L.A. has to offer, present and past. We referenced Los Lobos pretty heavily on this one.”

This amalgam of influences is free to roam on his new album Gettin’ By on Gettin’ Down,letting loose a wild combination of country funk, blues and rock that feels comfortable in his hands. “I’m always listening for where I can push the boundaries of my music a bit more,” he replies. “Music is just so fun to me. Listening, playing, experiencing it. My favorite rock & roll is the stuff that has groove to it. I want to make music like that — funky, layered rock. I wanted to create something that didn’t try to be anything it wasn’t. It just is what it is.”

Trying to pin him down to a genre however brings out a bit of brash protectiveness of his craft. “Like I said, I’m influenced by many different things and don’t try and pigeonhole myself ever,” he replies defiantly when asked about his music alliances. “I’m from Texas and live in L.A., but I also tour the world and keep my ears open when I’m doing it.”

Filled with observations of the cyclical nature of time and the insignificant existence of being just a cog in the big machine (“Met a girl she was a beauty queen / Who could ever be her king? / Woulda settled just to be her jester / But my jokes are too dry and I forgot how to sing”), “Round n’ Round” seems to imply that this existential existence is fueled by that aforementioned detached insignificance. Morrow insists that it’s far simpler. “I don’t think it’s fatalistic detachment really as it is more of just taking life a little less seriously,” he counters. “That’s not to say I’m not giving things a try, but just reminding myself that I’m a small piece of this world and it keeps spinning with or without me.”

For Morrow, his place in the big machine may not be as insignificant as he views it. As he rises up the ranks in the younger blend of country rock tradition like Sam Outlaw and Lukas Nelson, he’s beginning to assume his rightful place alongside the veterans like Tony Joe White and Lynyrd Skynyrd. But don’t expect him to play by the rules. “I’ve just always had an aversion to doing what everyone else is doing,” he says. “It’s this punk-rock attitude, where if you tell me I’m supposed to do something specific, I’m gonna do something else. Maybe that’s a character defect…but it is what it is.” 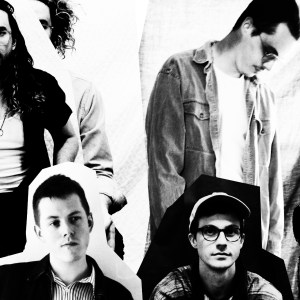 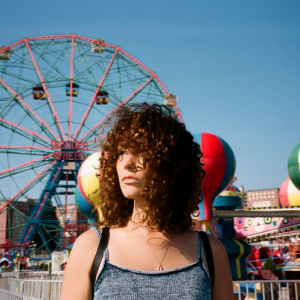