Spirituality can be practical in its outpouring, according to Sir the Baptist, gospel and hip/hop artist.

Sir told American Songwriter that he not only loves the music he creates, but he strives to see spiritual and economic growth come into the communities he impacts through the music.

Partnering with the Boys & Girls Clubs of the Gulf Coast in Mississippi, Sir recently released his single “Can’t Help Myself,” featuring multiple R&B artists, paired with a challenge to the children he works with at the BGCGC.

Sir worked with Keva Scott, CEO of the BGCGC, Carlos Bell, president of the BGCGC and Tarissa Brown, master Sergeant of the United States Air Force and fellow volunteer at the BGCGC on the project.

Sir said it started as a way to bring his fans something fun to dance to, but once he got the children involved, it transformed into an inspirational moment for multiple aspiring musicians.

The children at the BGCGC wanted a song they could create a dance for on TikTok, Sir explained. Some of the kids were even featured on the track and in the music video itself.

Sir noted that with the music style of the song and his projects in general he seeks to merge multiple writing styles and generational influences, so as not to discredit other cultures and provide equal representation.

“I’ve practiced it my entire life,” Sir explained. “Whether I was working with Tony Bennet, or working with Chance The Rapper, I was always forced to make the blend of old school, southern, structured chords and hip/hop hype-ness.”

The single and music video released June 12, and Sir said response and engagement from the children has been extremely successful.

“The kids are loving it. We have plenty of videos and TikToks of them playing and using the music,” Sir said. “Number one thing, was to just give the kids something fun to do during quarantine.”

Sir said the children he works with at the BGCGC even helped structure the song and for many of them, being a part of a published project has brought immense pride, and desire to go into the music industry.

For Sir, his contribution to the community growth is his music, and the ways he involves the community in it, as seen in this latest release.

Sir also runs his own company, Tymple, where he engages in other forms of ministry to his community and beyond. He emphasized that none of his ministry is done in a vacuum, but rather it all works together for the witness to those around him.

“The initial goal [of the single] was just to give the Boys & Girls club an opportunity to have a project that was very creative,” Sir said. “There’s a difference between someone giving money and someone giving leverage.”

“The kids are excited,” Sir emphasized. “They’re overwhelmed that their friends are doing the same thing, making TikToks to this cool song that they made and built themselves. They’re also reaping the benefits of everytime someone plays the song.”

Although the programs that they are a part of may get funding, or donations, Sir said the impact of someone actually showing up, engaging with them on a project, and building up the direct community they are involved in on a daily basis is what leaves permanent impact and prepares them to do more of the same creative caliber work in the future.

“These kids are super talented. It didn’t take long for them to send me their songs, to get in the studio and record. This is a group of kids that are really ahead of their time,” Sir said. “It’s really hard to pull this off without people who are devoted to it.” 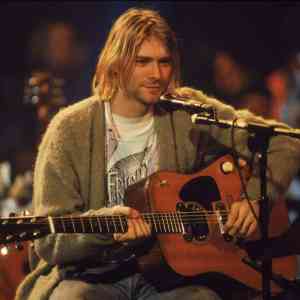 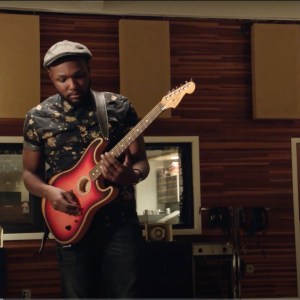